Home F365 Says Promotion would be too much, too soon for McCarthy’s Cardiff 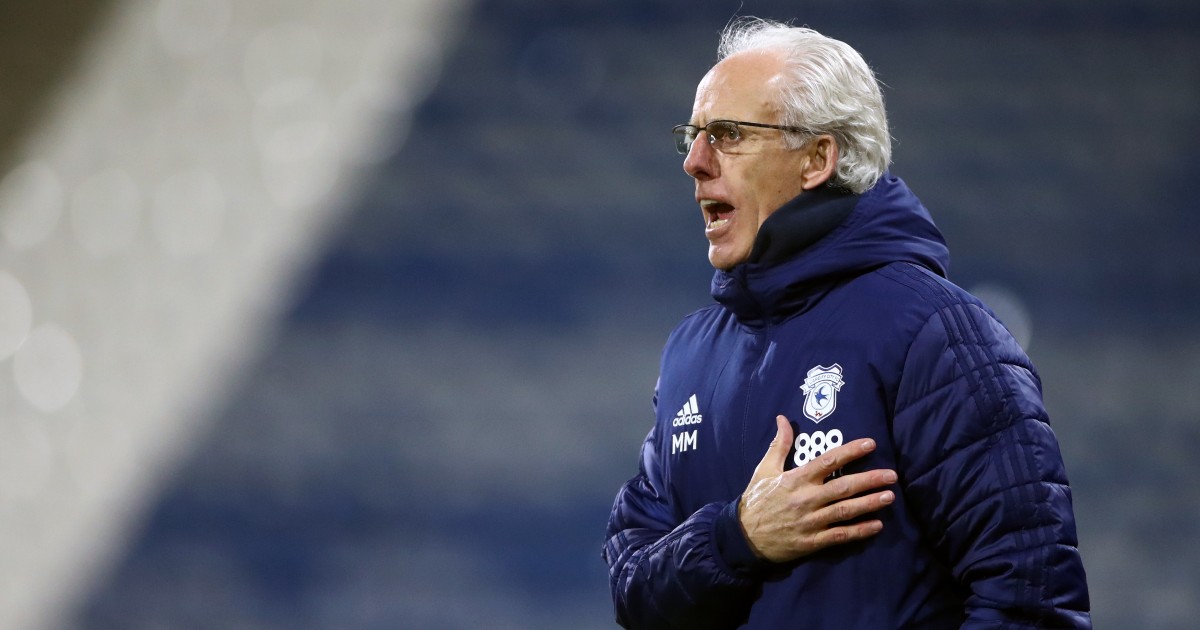 If it is true that form is temporary and class is permanent, then it is also important to remember that such an exceptional run can result in something great in the short term. In the EFL, there is perhaps no club more ready to prove this than Cardiff City: suited for a promotion run, but equally ill-fitting to the rewards the Premier League would bring.

The work that long-time partners Mick McCarthy and Terry Connor have done already in their short time in the Welsh capital is equally as deserving of praise as it is potentially worrying.

Prior to the duo’s first game in charge, the Bluebirds were far from soaring, mired in the Championship’s bottom half and closer to relegation than the play-off spot which is almost certainly theirs should this form extend to the end of the season. Seven wins from 11 unbeaten games have Cardiff in something of a false position.

Just under half of their points this term have come during McCarthy’s experienced tutelage: 31 per cent of their league season. On the surface, it is easy to celebrate such a fantastic turnaround in form, but there is a line which once crossed, could do far more damage than good in the long term.

That line is of course the dotted one of the play-off variety, separating the end-of-season lottery chancers from those for whom the campaign’s bell tolls after 46 games.

At the start of 2021, there seemed absolutely no chance that Cardiff would have the potential of either two or three extra matches tacked onto what had been a highly disappointing season to that point. An equally poor start to the new year saw former manager Neil Harris rightly given the Cardiff chop and replaced by, at first glance, a more experienced and largely more successful version of himself. And it’s certainly fair to say that nobody expected the Bluebirds to be in contention for promotion; few even ridiculed the appointment of a man who had spent the equivalent of a summer holiday in Cyprus with a two-month spell with APOEL immediately prior to arriving in the less sunny climate on the River Taff.

But what if the unthinkable is achieved this season? Cardiff made the play-offs in fifth spot last term with 73 points to their name. If they were to take the same number of points from the last 11 games of this season as they have in McCarthy’s first 11, they would finish this campaign on 79.

Yet just like last year, this is a Cardiff side so unprepared for the Premier League. Last season, it was a blessing in disguise for Harris’ Bluebirds that it was Fulham who bounced back at the first attempt, the Cottagers comfortably coming out on top in their semi-final clash.

Given the form of the Bluebirds and the relevant weaknesses of almost all the sides in this season’s second tier bar Norwich City 2.0, they might not get so lucky this time around.

There is, after all, a reason this Cardiff City side was so low in the Championship table for the first half of the season, and it wasn’t underperformance. Given the limitations of the team, they were operating at the levels you would expect.

It was not that Harris was performing worse with this industrious squad than the majority of managers would, it was the fact that there was a manager out there who could get them to far exceed their own perceived limitations.

But even all the Mick McCarthys in the world would not be able to keep Cardiff from falling apart in the Promised Land. This is a run built on short-term success, the simplest of appetites made from a recipe which benefits purely in the immediate future.

For any club to even have a serious attempt at surviving in the top flight, there is a necessity to have been building towards it over a good couple of years. Cardiff’s two previous jaunts to the top flight have been fleeting, relegated at the first attempt on both occasions.

In each of those seasons, relegation was accepted early doors and completed with games to spare. In both of those campaigns, the previous promotion had been the result of longer-term planning than the current iteration.

At the season’s start, Harris was seen as the right man for the job ahead of what was hoped to be his first full campaign in the job, while McCarthy was yet to even begin his stint in the Mediterranean. Fast forward to March and much has changed, including the fact that while Cardiff are far more likely to be promoted, they are much less suited to what would come with it.

Even taking into account that Cardiff were in the Premier League as recently as 2019, their squad is limited on top-flight experience and instead filled with Football League journeymen such as Kieffer Moore, Aden Flint and Jonny Williams, young untested starlets in the guise of Max Watters, Perry Ng and Joel Bagan, and Liverpool loanees Harry Wilson and Sheyi Ojo.

There is very little about this squad that is built to last a level above at this time. Vincent Tan is still the owner as he was the previous two occasions, the squad is very much of the same ilk as each of the two previous bites at the top-tier cherry, and more crucially, there isn’t a Malky Mackay or even a Neil Warnock at the helm – two managers who had been in south Wales before the seasons they were promoted.

If Cardiff were to win promotion via the play-offs, they would be relegation favourites and even near-certainties for the drop, back to square one and building from the bottom once more. In the short term, a season in the Premier League provides obvious benefits, but it could also result in drawbacks which put the club much further behind in their journey than waiting another season or two for a much more merited promotion with far better foundations.

Following his incredible start, McCarthy’s contract went from the season’s end to 2022. That is the year that could and should be the target to make it out of the division. Keeping the current momentum won’t last forever, but it could be the building block for something far greater, far more long term, and far more realistic for creating success.

In football, no level of success should be taken for granted, but for Cardiff City and McCarthy, success would be much more worthy and worth celebrating if it led to something greater in the long term. This could be the start of something beautiful, not the end.