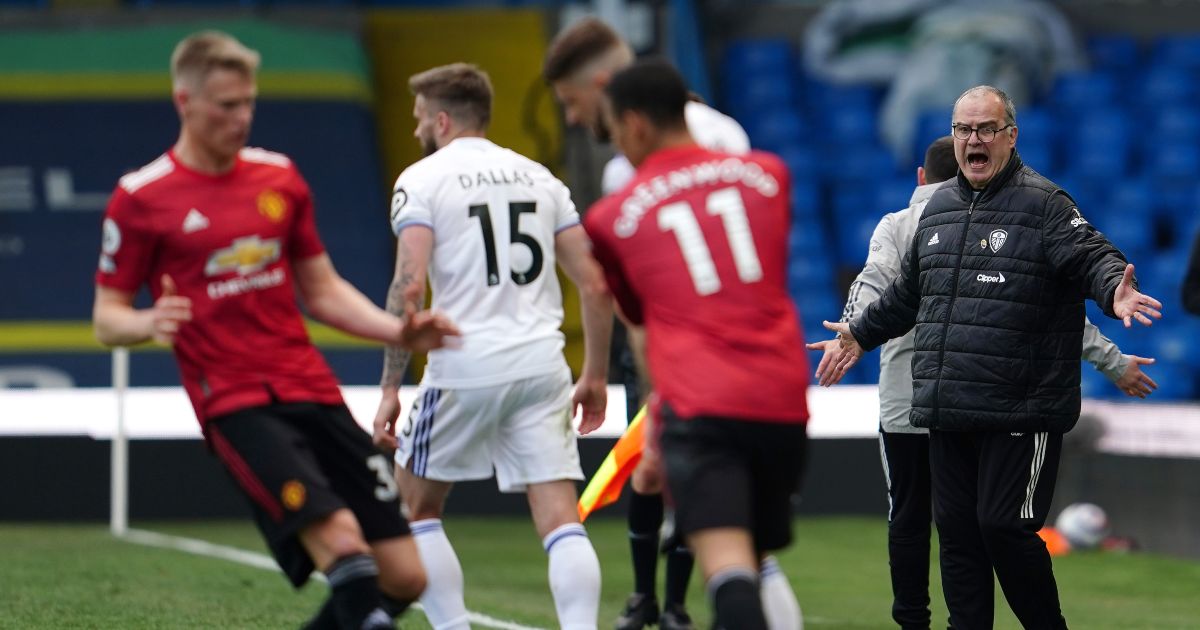 Sky Sports rarely excel in calling a spade a spade but Jamie Carragher did not try and mask how “awful” Leeds against Manchester United was.

“This game’s been awful, hasn’t it? Jesus,” said Jamie Carragher, tearing down the broadcasting fourth wall to implore viewers not to change the channel. The pretence that this was a chess match or absorbing tactical battle had long since expired by the point he and Rob Hawthorne were openly chuckling at Luke Ayling’s risible attempt at a pass with the outside of his boot, the ball heading in the opposite direction and to the feet of Bruno Fernandes.

It was tired. It was lazy. It was overworked. It was the 89th minute of a match between visitors who had no team within six points of them either side and hosts who have understandably grown to enjoy the comfort of mid-table in late April of a season uniquely congested by circumstances that have tested both body and mind for the past ten months professionally and longer still on a personal level.

Of course they are knackered. It is draining watching games every sodding day, never mind playing them.

But it was refreshing to hear that reflected in the commentary. It was not that Carragher and Hawthorne made no attempt to disguise the general lack of quality, but that they actively highlighted and emphasised it. They chuckled with us in schadenfreude and shook heads in mutual disbelief at each misplaced pass and scuffed shot.

This is the product Sky Sports have paid tens of millions of pounds for per game, the content they push merrily and mercilessly, the league we are indoctrinated to refer to as the greatest and best and most competitive in the world. And to watch and hear it be openly mocked and ridiculed by representatives of that very company was genuinely heartening. Their Twitter feed and live commentary thankfully did much the same.

So often the commentators and pundits are at pains to mask how poor games are. They tell us that “the final touch is lacking” or the game “is on a knife-edge” and “just needs a breakthrough”. But sometimes football matches are just terrible. Sometimes it doesn’t click and players are slower than usual in decision and execution. Sometimes the spark is not there. It is naive to pretend otherwise and insulting to our collective intelligence when we know what we are seeing is a bit pants. 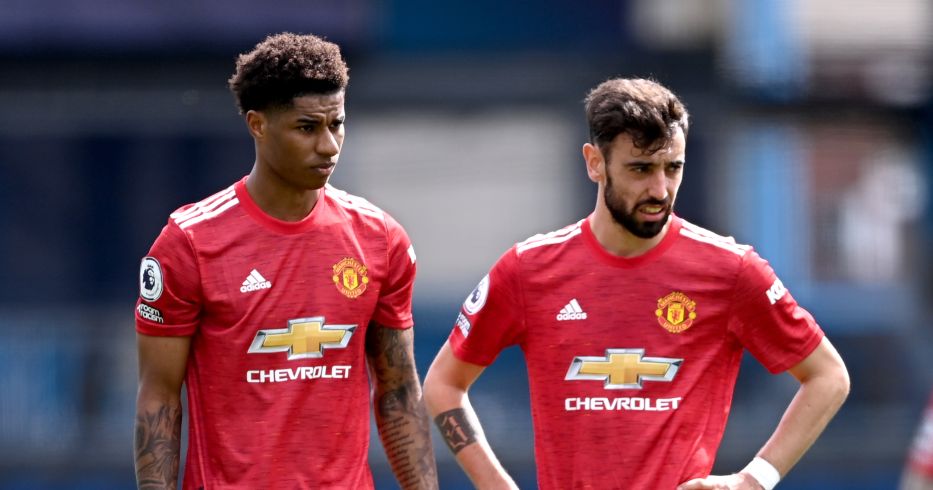 Manchester United thrashed Leeds 6-2 in the corresponding fixture and this entire game was fittingly like the second half of such a one-sided thrashing: the winning team slow down to conserve energy while the losing side improves in a desperate attempt to save face. Only there was no Scott McTominay double in three minutes, no penalties and no mindless pressing exposing an incredibly vulnerable defence. There was, however, Ole Gunnar Solskjaer saying, “I can guarantee it’s not going to be 0-0” before the game, like the daft sod he is.

Both sides, to their credit, were remarkably resolute. It was hardly in the face of a constant barrage of irresistible attacks but the defences put in composed performances until asked to cross the halfway line.

If there was to be a goal it would have come in a three-minute spell around the hour mark. Fred threaded it through to Mason Greenwood, whose attempt was saved well by Illan Meslier. Bruno Fernandes then released Marcus Rashford with a sublime long ball that was centered to Dan James, only for Ezgjan Alioski to recover. Then Helder Costa had an effort deflected onto the roof of the net by Aaron Wan-Bissaka after Kalvin Phillips’ own sensational diagonal.

“This is more like it!” Carragher crowed. “End to end. This is what I thought we were getting.”

We did, if only for that brief period of an otherwise drab game that fell painfully short of expectations. But after a week in which many felt Carragher and Gary Neville’s open and brilliant missives were rather undermined by the nature of their given platform, how admirable of Sky not to p*ss on our heads and tell us it’s raining.