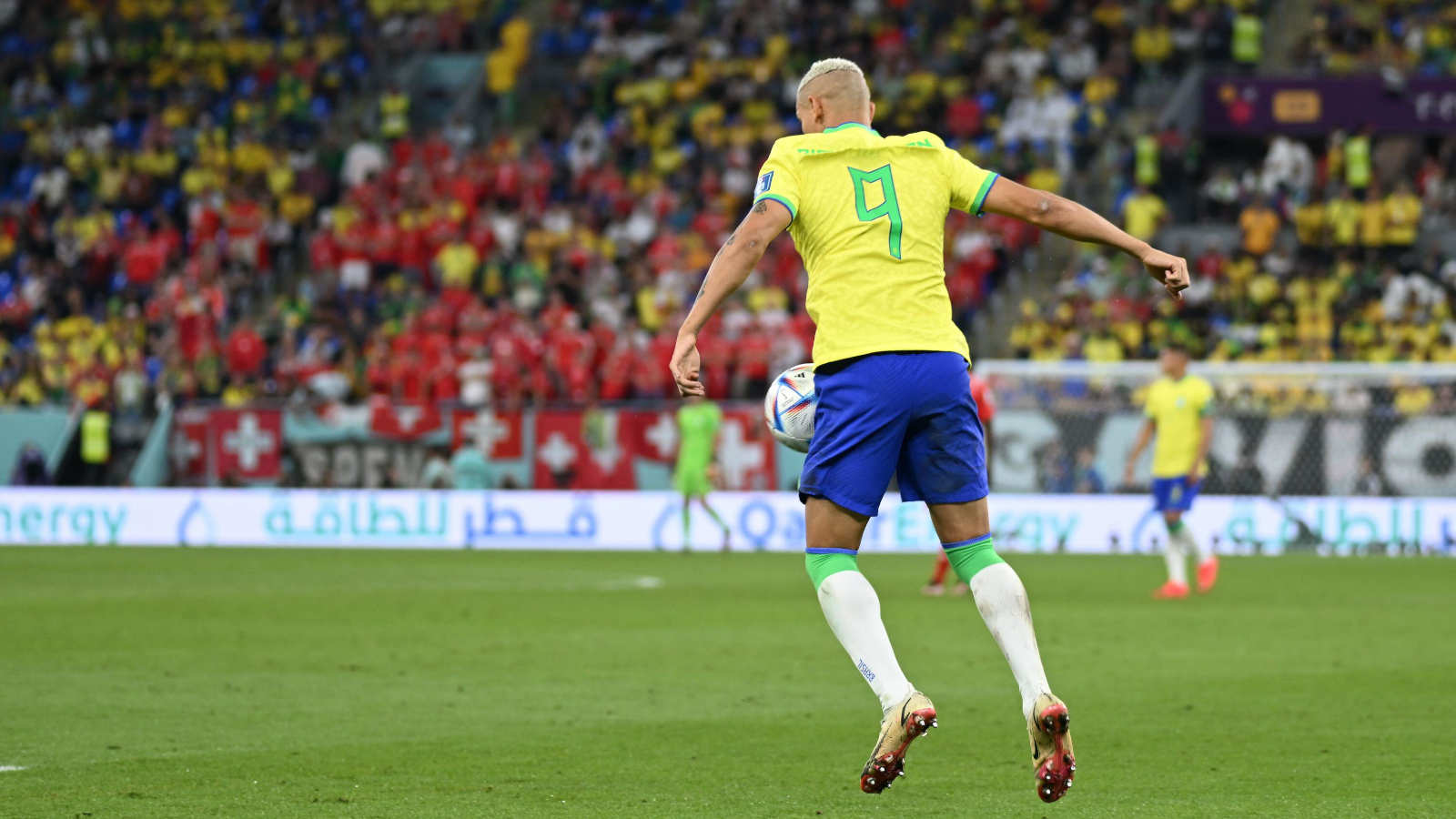 Brazil did enough to get through their group with a game in hand by beating Switzerland, but this wasn’t their most sparkling performance…

For Brazil this second group game became an unexpected and unwelcome test of an idea that has been exercising the Brazilian media over the last few months: that Neymardepencia might be on the wane. This is the name given in to the belief that the Brazil national team had become over-reliant on this one particular player, most vividly witnessed before the 2014 World Cup semi-final in Belo Horizonte, when an injury brought about an atmosphere around the stadium which felt at times a little bit like a wake, all the more so when the team brought a shirt with his name and number on it. And we all know what happened next.

Having damaged his ankle ligaments in their win against Serbia, Brazil have been a little coy over when he’ll be back. It is commonly understood that he would miss their two remaining group matches, but might this extend into the knockout stages of the competition as well? And how might this affect the confidence of the Brazil team?

It had been considered that the worst excesses of Neymardepencia had drained away as a new generation of brilliant Brazilian attackers broke through. There was no need for Brazil to feel as though they needed to depend on moments of magic from this one particular player. Maybe the pressure that was being put on this one particular player was causing more harm on the application of pressure upon this one pair shoulders than he could ever fix, and that bringing through players of the calibre of Casemiro, Vinicius Junior, Gabriel Jesus, Raphinha and Richarlison were lowering that burden of expectation.

And true enough, Brazil certainly demonstrated against Serbia that they do not have to be dependent upon his goals. At the same time that Neymar was substituted in this match Richarlison was also withdrawn, but his circumstances were somewhat different. Firstly, he wasn’t injured, and secondly, he’d scored both of the goals in what turned out to be a 2-0 win, the second of which may well end up a strong contender for goal of the tournament. While Neymar may have been fretting about whether he will be involved in this tournament again at all, Richarlison could relax in the warming glow of a job very well done indeed.

But which way does this go? How far are Brazil past Neymardepencia? In 1962 when Pele got injured, Garrincha stepped up and made that tournament his own. So do Brazil go that way, or do they go the same way that the class of 2014 did? Switzerland was the first test of the post-Neymar Brazil at this World Cup, and they were not to be taken lightly. And Brazil should have known this. The two teams were drawn together at the last World Cup finals in 2018 and drew 1-1.

Switzerland have been on a form rollercoaster since international football returned after the first lockdowns, in September 2020. They failed to win any of their first seven games but then went on a run of just two defeats – one of which came on penalty kicks to Spain at Euro 2020 – in their next 18 games to the end of last year.

And 2022 has mirrored this tendency only in miniature. Switzerland started the year by failing to win any of their first five games – losing four of them – but they arrived for this game having won four of their last five, including wins against both Spain and Portugal, as well as having won their opening game of this tournament against Cameroon.

The two teams played out the first half as though ‘excitement’ is a finite resource of which today’s quota had already been used up by the earlier matches between Cameroon and Serbia, and Ghana and South Korea. Brazil dominated without threatening that often. Switzerland sat back and waited for a counter-attack that never came. It was patchy, threadbare stuff featuring a couple of half-chances and no more.

This had happened in the the Brazil versus Serbia game, before they revved up through the gears and early in the second half it felt as though this pattern may be starting to repeat itself when Richarlison slid in on a Vinicius cross only to find his studs mere millimetres from making contact with the ball. Just after the hour, Vinicius had the ball in the Swiss goal only for the video assistant to call it back for an offside against Richarlison. He was replaced with seventeen minutes to play with Raphinha make way for Gabriel Jesus and Antony

But on this occasion, there was no particular feeling that Brazil were moving very much through anything. Switzerland were defensively disciplined, and following that wobbly five minutes around the hour mark they seemed to have Brazil fairly well under control. And if their ambitions were limited, well that’s hardly that surprising. After all, you could fit Switzerland inside Brazil more than 200 times. They have a substantially more limited pool of players from which to choose.

And it was one of this vast, vast pool who decided the game with six minutes to play. Casemiro has never been a great scorer of goals. Despite having played more than 500 games in all competitions he’s yet to reach 50 career goals. But with time starting to run out and the Brazil having spent much of the game huffing and puffing, he caught a half-volley which deflected wide of Yann Sommer to score the only goal of the game.

It’s not that Brazil aren’t an impressive team. Their press is instant and hard, buzzing around opposing players the moment they get the ball, no matter where they were on the pitch. They create chances and they grind out results. They have a fabulous array of players, a strength in depth unmatched elsewhere in this entire tournament. And arguably most importantly of all, they’re through to the second round of this competition with a game to spare.

But in an inconsistent World Cup, Brazilian had to work hard and ride their luck a tiny bit to to get there with a buffer that generous. They’ll have the play better than they did against Switzerland if they intend to win this competition. But the most cursory of glances at their squad list confirms their strength in depth and their capability of raising their game against stronger opposition.

Brazil remain about what they could do rather than what they have done for now, but in order to win this tournament that can be flipped at a later point. Champions, they say, win when they’re not playing well. And while the question of whether their Neymardepencia has been cured or not remains unanswered after a slightly dislocated performance, it sure does help to have players like Casemiro when you need digging out of a bit of a hole if it isn’t quite, yet.

Read more: Kudus to Everton for their scouting – but the jewel in Ghana’s crown will go much further