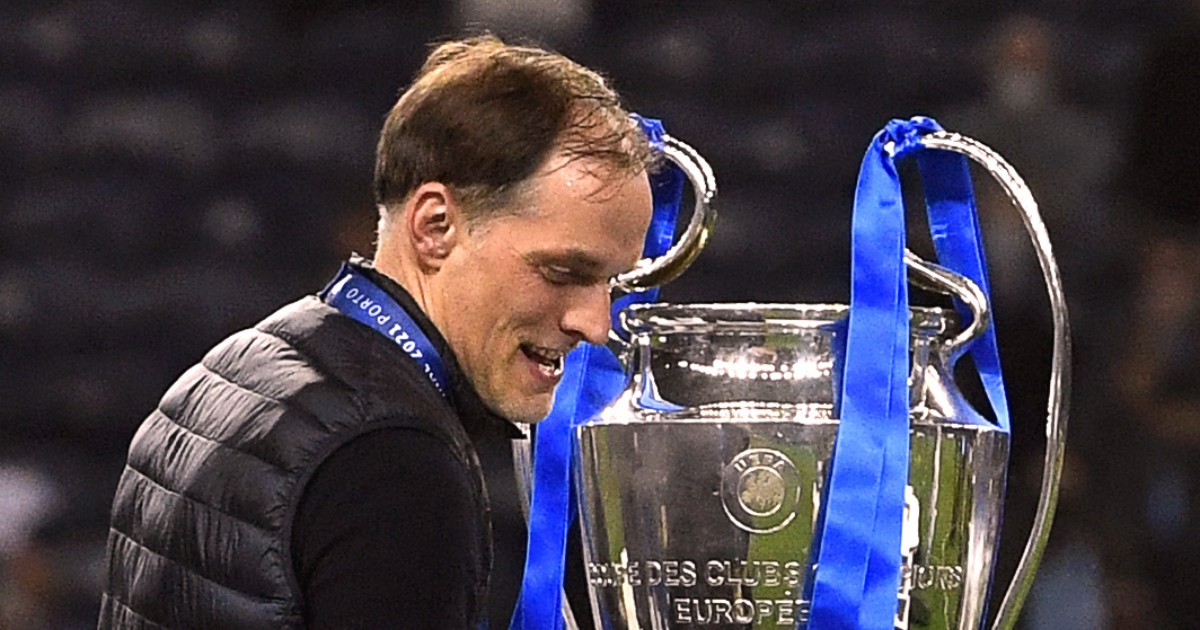 The Champions League group phase ain’t what it used to be and no upcoming competition reform or breakaway super division can fix it.

By the time it finally concluded, it felt tired. Relief was the overriding emotion. This year’s Champions League group stage was an arduous process and a means to an end. It has always been the same, but a growing disparity between the top clubs – something almost universally acknowledged without a concrete plan of attack – has left it lacking any of the core points it was supposed to embody: drama, excitement and entertainment.

When two teenage Liverpool players, Conor Bradley and Max Woltman, entered the San Siro pitch on Tuesday night, they should have felt pressure as well as the butterflies that come with a first appearance at such a legendary sporting arena. The Reds were facing an AC Milan side needing to win to aid their own chances of progression to the knockout stages. Although they will both have been less than two years of age when the true significance of this fixture became clear during a certain night in Istanbul 16 years ago, they will never have escaped the stories.

What made Liverpool’s comeback so powerful that fateful evening was not just the stage on which it happened, but the might of the Milan side it came against. Carlo Ancelotti had the best side in Europe at his disposal: experience in defence, creativity in midfield and a deadly strikeforce. Two years later, they exacted their revenge and became European champions, just as they had in 2003 – the year Bradley and Woltman were born.

Connor Bradley, Tyler Morton & Max Woltman have played more Champions League games at the San Siro than Everton football club have ever played in the competition.

By the time that pair stepped onto the pitch, a Liverpool side filled with youth and fringe players, supplemented by Sadio Mane and Mohamed Salah, were about to close out a 2-1 victory to become one of three sides to end their group campaign with a 100% record. Milan, who are on the mend at this level, returning for the first time in eight years after a difficult period are challenging in Serie A again but went out of Europe completely. They were brushed aside by a team who didn’t need to win the game and picked a line-up that proved it. The San Siro was loud and boisterous before kick off, befitting its reputation. Sadly, by the end, it felt more like a monument to what came before, rather than still being one of the toughest stadiums to visit.

It was an example of a much wider issue plaguing elite football and seeping into the Champions League. This is the era of super clubs and the battle between history and money; old-fashioned competition, stories like FC Porto becoming European champions in 2004, Greece winning the big international tournament that same year and Leicester City claiming the Premier League title in 2016, are part of the fabric of the sport. They are what keep people watching, but not only are they becoming exponentially rarer as a result of wealth and its poor distribution within football, they are actively being squeezed out. Only a handful of clubs, mainly the four from England – Liverpool, Chelsea, Manchester United, Manchester City – plus Paris Saint-Germain, Bayern Munich and to a lesser extent Real Madrid, possess the quality or resources to mount a real challenge.

Six of these clubs attempted to breakaway into the European Super League last April, alongside others such as Milan and Atletico, who helped make up the Group Of Death which Liverpool eased through with minimal fuss. Juventus, who were no match for Chelsea and are struggling to make sure they’ll be back in the Champions League next season, were also included. As were Barcelona, who exited the competition altogether after being swatted aside by Bayern like a fly on a window.

They are in worse shape than ever.

The irony of the Super League is that it was pitched as a way to save competition, to take the best bits of the Champions League – those pulsating, sizzling, thronging knockout games in the spring – and play them every week. But they are special because of how rare they are, and because of what rides on them. Take them out of the Champions League and they lose that too.

There is an elephant in the room: a number of these teams have played one another this season, and the same gulf in class has appeared. No competition change will mend that. It has been eroding the game over many years, exacerbated by a pandemic from which only the Premier League was slightly insulated financially. The Champions League’s own rebrand, from 2023/24, when 36 teams will face each other in one big league system, meaning more laborious, predictable nothing games, will only make things worse.

Ajax, who along with Bayern were the other team to win six from six, seem immune to the pitfalls of the modern game. Their philosophy is so well defined, feeding through to the youth system which continues to produce incredible players who are then supplemented by others with a point to prove, like Dusan Tadic and Sebastien Haller. The latter became just the second player after Cristiano Ronaldo to score in every group game.

As one of the biggest clubs in Europe, Ajax aren’t likely to go away, but equally they haven’t truly been part of the elite in nearly 30 years. Their story is a dying breed, too; like Milan, their past will always afford them a certain kudos, but they can only dream of pushing on from here.

To suggest football’s big competition problem lies within the setup of the Champions League shows a wild under-appreciation and misinterpretation of what is really going on. To act upon it could be as damaging as the Super League itself. The growing gap within the elite has ruined the group stage, which was once a perfectly reasonable introduction to the European season, and changing it now will make no difference.