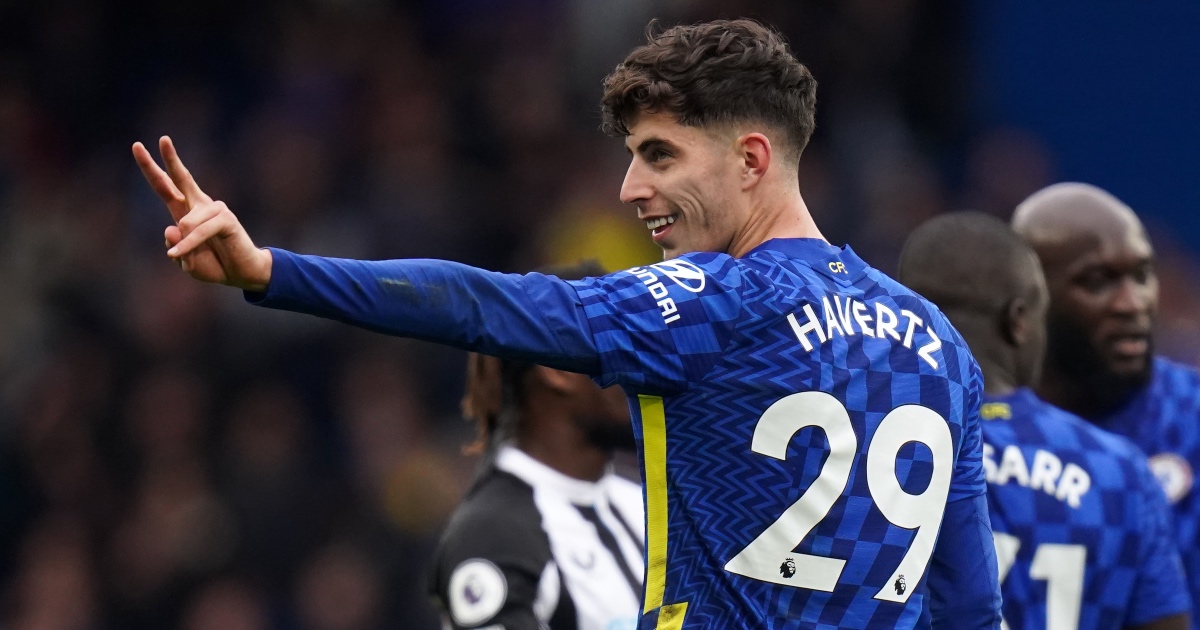 The moniker was written before kick-off, but ‘game of shame’ was was also an apt descriptor of a terrible 89 minutes of football, before a moment of exquisite brilliance from Kai Havertz.

Saturday saw Roman Abramovich disqualified as Chelsea director for supplying the steel for Russian tanks to destroy Ukraine. Saturday also saw Saudi Arabia execute a record 81 men in a day. Sunday brought a game of football between Chelsea and Newcastle to wipe those asides aside and allow us to stick the Barclays blinkers on – look at that pass, that man kicked the ball really hard, aren’t their shirts shiny (and still all weirdly adorned with sponsors).

Chelsea vs Newcastle is the pits of Premier League ignominy – with the two clubs representing the bookends of English top flight sportswashing – though Manchester City would have a strong case for involvement in any Premier League game of shame. The sanctioned vs the yet to be. One club at the end of its duplicity curve, the other at the start. This was the despot derby.

There’s hope Abramovich’s dismissal from the Premier League could lead to genuine change and a fit and proper ‘Fit and Proper Person’s Test’ to stamp out dirty money, but while one Saudi group has already gained access to the Premier League washing machine, another waits in the laundry basket.

Dodgy foreign investment will continue to be welcomed until it’s dodgy to the point at which blind eyes won’t cut it. Close to half a million people have died in Yemen, as Saudi Arabia (which we are obliged to point out is absolutely, in no way, definitely not linked to the Saudi-backed Public Investment Fund that controls Newcastle) continues to drop bombs on civilians. But Yemen is a long way away, so a f*** it attitude remains.

Never before have politics and football been so inextricably linked. It’s impossible to ignore and certainly shouldn’t be. Forgive us the trasngression of doing what roughly half of the people reading this will now be shouting and TALK ABOUT THE FOOTBALL.

Timo Werner spent an hour losing possession, to again beg the question as to how moderate speed and no discernible skill with a football costs you £50m. Mason Mount couldn’t get on the ball enough to make a difference. Romelu Lukaku came on and stood offside. Ziyech under or over hit all but one cross, and the one he did get right was tamely headed into Martin Dubravka’s hands by Kai Havertz. That was Chelsea’s only shot on target before the same man’s exquisite goal.

Jorginho’s perfectly lofted ball took Dan Burn out of the game, but while almost every other footballer on the planet would have hit the ball first time with Dubravka no more than three yards from him, Havertz brought the ball down absurdly, before poking it past the goakeeper in an instant with the outside of his foot. It was a goal worthy of winning any game, for a team completely unworthy of winning this one.

It was the second time Dan Burn had his head in his hands on the Stamford Bridge turf, as he looked on as the man who had elbowed him in the face in the first half wheeled away in celebration. Chelsea fans will point to an ‘evening out’ over the season as reason for Havertz not to be sent off. But just as they deplored the referee’s decision not to send Sadio Mane off at the start of the year, so too will Newcastle fans, particularly as it was Havertz who broke hearts in the 89th minute.

Newcastle impressed once again. Chelsea were poor, but that was a lot to do with a level of grit and determination from Newcastle that would have been deemed an impossibility before the turn of the year. They didn’t deserve to lose and would have had a great chance of winning had Chelsea been reduced to ten men and had they been awarded what was one of the most blatant penalties of the season. Trevoh Chalobah couldn’t bring Jacob Murphy down through attempting to heave his shirt from his back, so tripped him for good measure.

A 0-0 draw would have been nice – a winner in the game of shame doesn’t feel right. But a £72m forward scored a wonderful goal and the Chelsea focus has been drawn from the horrors that engulf the club. That’s the idea, folks.

But the distraction will be brief, as will be the questions about football until a new owner is in place. Chelsea are in a state of panic but must keep cool heads to ensure something like this doesn’t happen again. Wealth is obviously the No.1 factor in a new owner. Integrity must be the second.