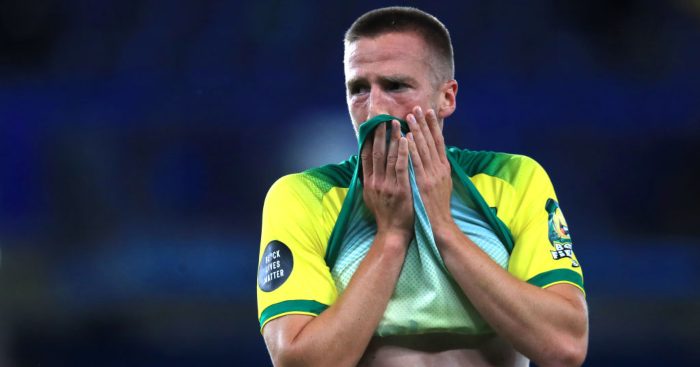 Earlier this week, ahead of facing Norwich City at Stamford Bridge, Frank Lampard was asked whether he feared his side facing a ‘wounded animal’. Norwich had been relegated, reasoned the reporter, so were Chelsea about to meet a retaliation?

If it wasn’t so clichéd it would have been funny; this has been one of the most cheerful relegations in Premier League history. The Norwich players would preferred to have stayed, of course, and Daniel Farke would have liked to develop his own reputation further. Regardless, the implied message from above was that relegation was coming and that it was important to be ready when it arrived.

It’s not fair to say that Norwich have been doomed from the start, because that suggests that they weren’t accepting of their fate. They spent less than £8m improving the squad that won promotion and that’s hardly a compromise between ambition and responsibility. If a team wants to have a ‘go’ at staying in the Premier League, but understands the costs of not doing so, they might throw £20m at their spine and be done with it. They might sign a midfielder who used to play for Newcastle and a centre-half who once made an England squad and then just hope for the best.

Norwich didn’t do that. They weren’t just cautious, they were accepting. They operated on the assumption that survival wasn’t just a remote possibility, but factually impossible. As a result, it’s hard to believe that finishing last will leave any sort of scar tissue, or that when the new Football League season begins, the players who don’t leave won’t just carry on where they left off in 2018-19.

The instinct is to criticise them for that. Pre-emptively accepting failure clashes with sporting culture and so it’s natural to resist this brand of pragmatism. Especially so given the wealth on offer from the broadcasting contract, because the dynamic of a club getting promoted, collecting their cash and then disappearing back from where they came is suggestive of the kind of muddled priorities which we’re all trained to despise.

That isn’t appropriate in this case; Norwich aren’t owed anyone’s scorn. After all, this is a world of Bury and Coventry and, most recently, Wigan Athletic and Hull City. Farke and his players are having to trudge head-down through the land of milk and honey, holding their hand out sadly as they go. If they’re unwilling to even fit for their place in this world, then there must be good reason for that.

Good reasons and familiar ones. Shortly after relegation was confirmed, Stuart Webber, the club’s Sporting Director, gave an interview to Norwich’s official website. Webber is highly regarded in the game for good reason. He’s smart and forthright and, typically, can be found talking sense. Asked whether he had any regrets over the recruitment he’d overseen, he gave a long, detailed answer, which included this passage:

“I was not going to put this club in the state I found it – frankly, if people don’t like that, I’m okay with it. If people above me don’t like it, then I’ll go. But I’m not going to leave this place in the state I found it in because I truly believe if this football club is to be here forever and I’m passing through trying to make it the best it can be, if it was about my ego or Daniel’s ego, then, yeah of course, we would have spent a load of money and maybe got a few ‘likes’ on Twitter while we did it, leave the club in a hole, potentially get relegated and we get sacked and someone else has to pick up the mess.”

He’s right. On the basis of what this year in the Premier League may allow Norwich to do at some point in the future, it’s difficult to argue against the approach employed. But that’s a terrible conclusion to reach. Webber preparing Norwich for a soft-landing back in the Championship is one issue, but English football putting him a position where he has to make that decision is quite another.

Think about that in literal terms. This club ground its way to promotion across a 46-game season and the reward for that achievement will be the opportunity to repeat the feat in the future, but next time with an infrastructure that supports their accomplishment.

Rationally it makes sense. Their approach has been measured, responsible and most likely correct. But isn’t the game asking too much now? In the absence of a miraculous Sheffield United-style quantum leap, newly-promoted teams seem to have two paths to choose from. The Norwich route, accessible to clubs who choose to waive their aspiration. Or the path taken by Aston Villa or Fulham or QPR, which gives a slim opportunity in return for some terrifying financial risks.

This is wrong. This is not what sport is supposed to be. It shouldn’t be a hail of unthinking, unchecked ambition, or a world in which nobody has to consider any consequences. But nor should it be full of so much compromise – a place where it’s possible to have ambition and long-term stability, but rarely at the same time.

Norwich lost again tonight. As they did at the weekend and as they have game after game, with growing inevitability since the turn of the year. It’s strange how little that seems to matter or how beside the point it seems to be.