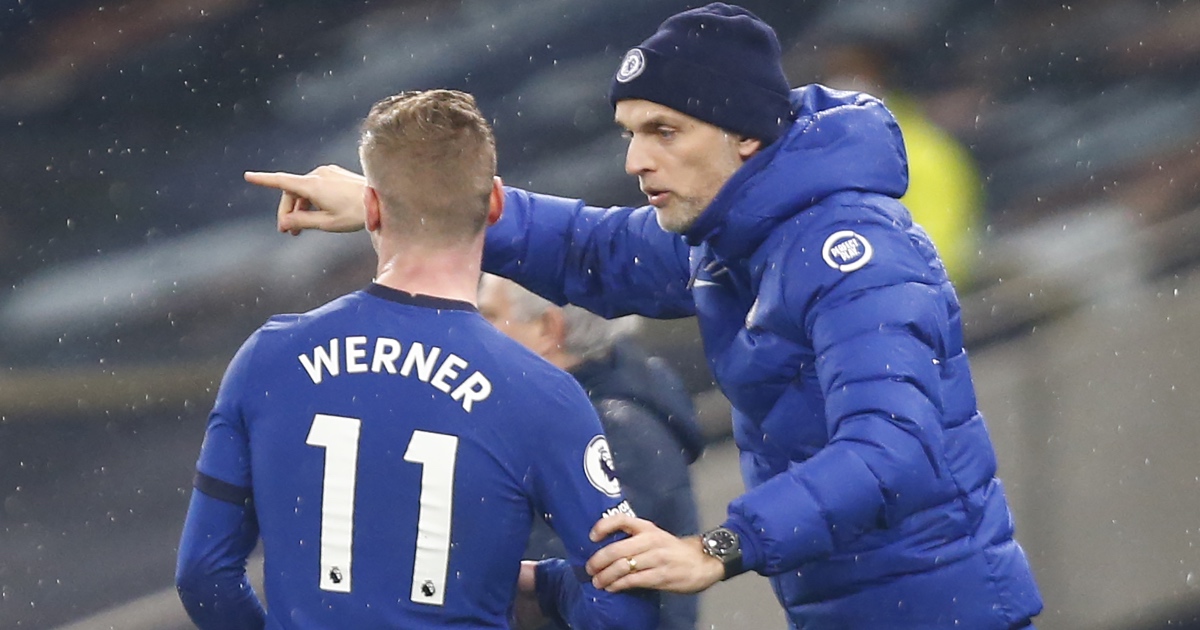 The first act of Chelsea’s season saw them take 22 points from 11 games to prompt premature talk of a title challenge. Seven in the eight games of the second act cost Frank Lampard his job. 13 from five after the appointment of Thomas Tuchel offers hope that the third act could be something really special.

The setup – as was the case when Chelsea won the title under Antonio Conte – means that goals can only really be conceded through opposition genius or defensive error. When Chelsea lose the ball in transition – which would lead to blind panic under Lampard – it’s easily mopped up by Jorginho or Mateo Kovacic, who very rarely find themselves ahead of the ball, or one of the three centre-backs.

Out of possession, when under any sustained pressure (which never really came came against Newcastle), that defensive five becomes a back seven as the wing-backs drop, while the two number tens buzz around pressing the ball carrier.

As Gary Neville said before kick-off, the players have “driven” Tuchel to opt for this system. For a squad in which no two centre-backs are solid enough to make a two a reliable option, in which Ben Chilwell, Marcos Alonso, Reece James and Callum Hudson-Odoi are all far more comfortable going forward than backwards, in which the majority of their attacking players are suited to playing in those split number ten positions, this is a system that just works. And it begs the question: did Chelsea ever really work under Lampard?

It was more fluid at times; more entertaining perhaps, but every performance was underlayed by a feeling of imminent chaos, which could penetrate through at any moment. The lack of  ‘game management’ was one of Lampard’s go to gripes in post-match exasperations: this sense that no matter their dominance, the moment Chelsea gave a team an inch they’d take a mile and points along with it.

In Tuchel’s six games in charge, they’ve conceded just one goal. They look so at ease with the system and how everyone fits into that system. The worry – if there is one – is that they’ve only scored eight in those five games.

“Poor precision in the last decision,” was Tuchel’s poetic assessment after the game. And there were a lot of occasions against Newcastle when the last pass, the decision to shoot or the shot itself just weren’t quite right. That’s something that will take time on the training ground to improve and embed. But the attacking players are undoubtedly now being given direction by their manager, which was lacking under the carefree attitude to forward play of Lampard.

Timo Werner is the best example of this supervision in action. Stuck on the wing for much of his time under Lampard, who was desperate to use his pace but never managed to exploit it, Werner was easily picked up by a full-back or wing-back and frustratingly spent much of his time with his back to goal with little hope of using his skills to any great effect.

But as an inverted winger, with Marcos Alonso at wing-back, Werner can take up a position inside, behind the opposition midfield, or can move wider than Alonso. From there – as was presumably the motive for Lampard – he can get at the full-back, either cut inside and shoot or beat him on the outside and deliver, as he did for the Chelsea opener.

The key to the new role is its changing nature during the game, which means it’s not clear whose responsibility he is, meaning he’s much harder to mark; more time to turn in possession and more space to break in behind.

His performance against Newcastle was nothing particularly special – he should have scored at least one on top of his five yard tap-in – but the point is he’s there to tap it in, he’s in the position to run at defenders, he’s making runs in behind. Under Lampard he was told to express himself, under Tuchel he’s being told how to express himself

Premier League fortune teller: “By mid-February you will be two points clear of Liverpool.”

Fortune teller: “You will also be level on points with West Ham.”

Chelsea find themselves two points above Liverpool in mid-February but level on points with West Ham. It’s one of many delightful eccentricities that could be used to describe this strange season, in which Chelsea have supplied their fair share of peculiarity. But they currently look like a team immune to it. They’re well organised, incredibly hard to break down, with the potential to be far more potent in attack than they currently are. The third act could be really, really special.