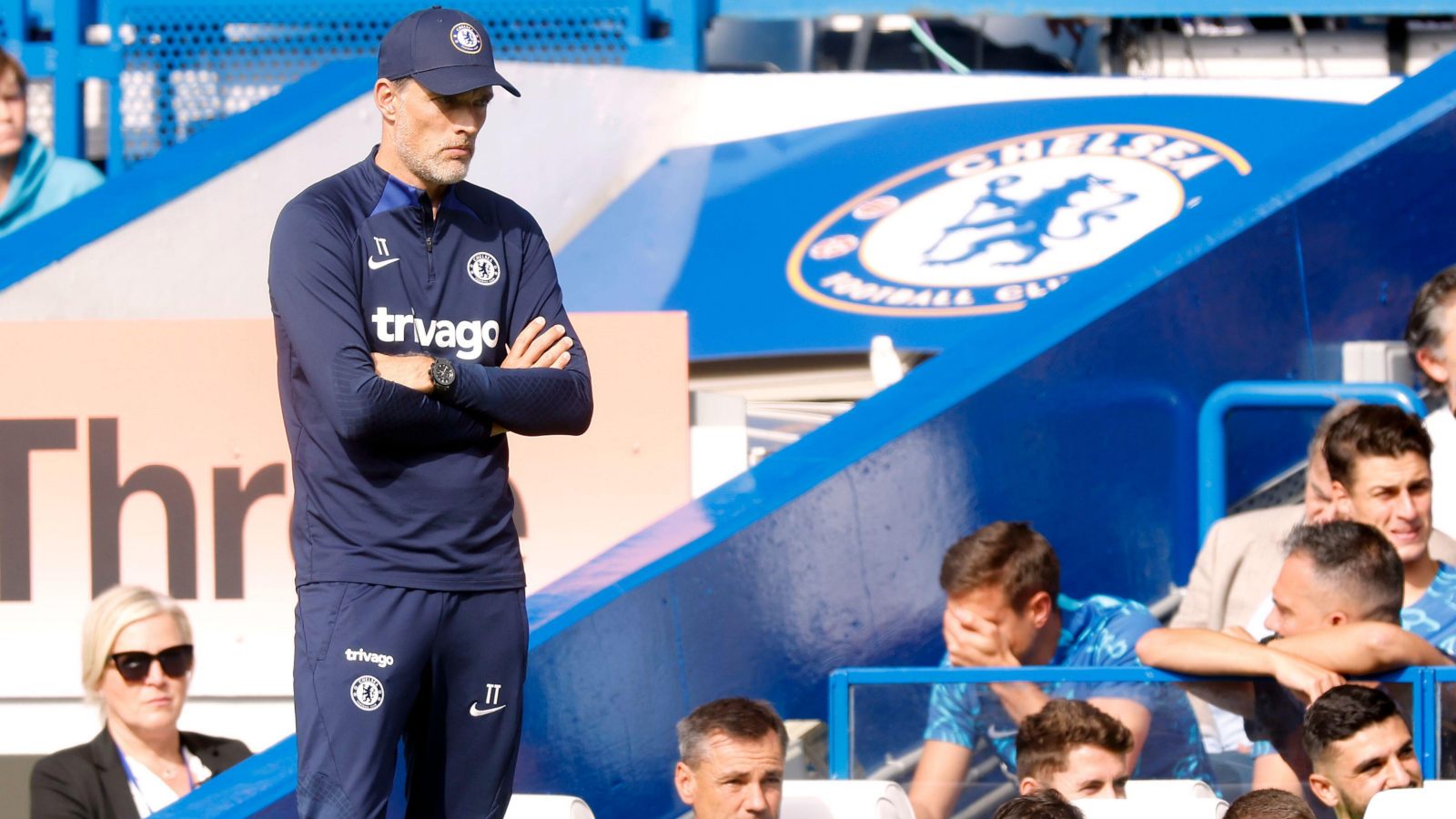 Coming from behind to win a London derby should be enough to put a beaming smile on anyone’s face. But it is hard to envisage Thomas Tuchel’s mood being greatly enhanced by Chelsea’s triumph over West Ham.

The Blues boss has cut an unhappy figure of late, which is hardly surprising given the fragility of his team. Todd Boehly has done his best to cheer the German by spending more money than any other owner in Europe this summer, but still Tuchel seems to recognise that his side are short even to retain their status in the top four, let alone consider closing the gap on those above them.

Tuchel’s concerns won’t be allayed by a 2-1 victory over David Moyes’ Hammers, who will head back across London justifiably indignant at a late decision to deprive them of a point.

That was all West Ham came for if the first half was any indication. The visitors sat in a low block and waited for Chelsea to break them down, apparently confident in their hosts’ inability to do so.

16 Conclusions as the Goalkeepers Union wins the Merseyside derby

That belief was not misplaced. Chelsea had 70 per cent of the possession in the first half – and not far short of the same again after the break – but mustered not a shot on target. The Blues’ sluggishness played squarely into the Hammers’ hands.

Chelsea fans can squabble over who they hold responsible for that. The midfielders? Conor Gallagher was forgiven by Tuchel after his brain fart last weekend left his team-mates a man light for more than two-thirds of the game against Leicester. And the player widely expected to be moved on before the transfer deadline was teamed up with another yet to convince the manager that he can be trusted regularly, Ruben Loftus-Cheek, as well as Mateo Kovacic, who seems to miss N’Golo Kante’s presence more with each passing week.

Gallagher’s energy and Loftus-Cheek’s penetration didn’t cut it. The English pair might point to the forwards and a lack of viable options ahead of them, with Christian Pulisic especially anonymous on a rare start offered as an audition more than a demonstration of faith.

Tuchel has had enough of Gallagher pic.twitter.com/jCq3HthRDx

Tuchel stuck it out for an hour before hooking Gallagher for Armando Broja, who has done enough in cameos to earn an opportunity, especially while the alternatives are flailing. But West Ham’s opener forced further changes. Michail Antonio’s tap-in and the lead up to it offered the Blues boss no reassurance that his side had taken heed of his warning that they are ‘not hard to beat’ right now, which will remain true for as long as Mendy’s jitter’s continue, regardless of however many £60million centre-backs Tuchel puts in front of the under-performing keeper.

Those changes, most notably Ben Chilwell’s introduction, sparked Chelsea. The wing-back drove forward to score from close range inside four minutes of his arrival before teaming up with Broja to set up another sub, Kai Havertz to grab an 88th-minute winner. Which it ought not to have been.

Moyes called the decision to disallow a 90th-minute leveller from Maxwel Cornet a ‘scandalous, absolutely rotten decision’ and it’s hard to argue, try as Tuchel and the more radical faction of the Goalkeepers Union might.  Cornet’s equaliser was a proportionate punishment for another piece of poor keeping from Mendy who, rather than claim the ball in a 60-40 with Jarrod Bowen, chose to parry pathetically back into play. When the keeper felt the brush of Bowen’s boot, he stayed down, in Antonio’s words, ‘like he had been shot’.

Chelsea will point to the lack of VAR intervention in Spurs’ late leveller at Stamford Bridge and feel they deserved a break, which highlights once again the subjectivity that blights the entire process on another dreadful weekend for the officials in the Stockley Park cupboard and those they are mic’d up to.

Regardless, it was a huge reprieve for Mendy and the Chelsea defenders who put their keeper in the position to make another mistake. Their punishment will come over the coming days when they have to duck and dodge the wrath of a manager presumably still thoroughly miffed at his players’ struggles – or unwillingness – to meet his demands.