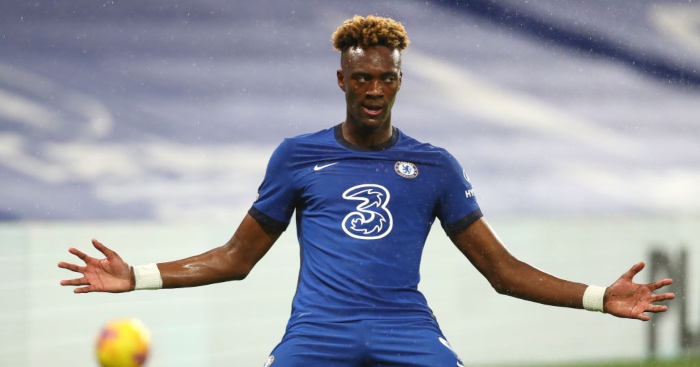 Chelsea were nowhere near their best; the score flattered them. But it was the sort of game they wouldn’t have won last season and literally a game they lost as 33-year-old former scourge David Martin watched from the West Ham bench. It was a game of Chelsea title-winning omens and evidence of potential season-defining improvement. It was not however, a display worthy of genuine title contenders.

A decent start from Chelsea, which saw Mason Mount finding space and Jorginho given the time to find him, led to their opener in the tenth minute. Their pressure forced a corner.

It’s a wonder it was the first goal West Ham had conceded from a set piece this season, if decisions like matching Jarrod Bowen with Thiago Silva are allowed even to be considered. Bowen was there to block Silva’s run, with the likes of Angelo Ogbonna and Declan Rice occupying ‘the zone’ to clear the majority of balls into the box.

Bowen is very good at lots of things, as he proved again on Monday, but dealing with a dominant centre-back from a corner clearly isn’t one of them. Heading certainly isn’t – he ducks out most of the time. And he just stood there, giving Silva – on the run – a massive advantage over the standing West Ham zonal markers.

That said, Chelsea have improved immeasurably from attacking set plays. They have now scored eight goals from corners this season – the most in the Premier League – compared to seven in the whole of their last campaign. OK, they’ve improved measurably.

Anthony Barry, brought in by Lampard as a specialist coach in the summer, has clearly got a lot to do with that success. And four-goal Kurt Zouma and Silva have rightly earned plaudits. But Mount’s delivery is also now consistently brilliant after being frustrating as often as it was dangerous last season.

Chelsea have topped the Premier League for set piece goals in four of their five Premier League title-winning campaigns, finishing second in the other. An omen for this season? Probably not, but a very useful string to have returned to their bow, particularly when others are as frayed and slack as they were against West Ham.

The confidence Chelsea built up through their long unbeaten run that dwindled in defeat to Everton, had all but evaporated after the loss to Wolves, and they were playing on confidence fumes for the majority of the game on Monday.

For the middle hour of the game, there was none of the fluency, the pressing was in ones or twos, and the chances they did create unfortunately ended at the feet of Timo Werner, who had another shocker. The lad needs a break.

But it was Werner who inadvertently set up Tammy Abraham for Chelsea’s second. The German’s scuffed shot fell for the striker, whose delicate touch was enough to divert the ball past Lukasz Fabianski.

Two minutes later, Abraham had his third to put gloss on an already aggrandised scoreline. It was a simple finish in the end but there was some excellent link-up play between the England international and Christian Pulisic in midfield to create the chance. It was a great moment of quality in a game of few.

But it’s a huge win for Chelsea; similar to many they contrived to lose last season. Gary Neville said it looked as though Chelsea were “waiting to concede” in the 30 minute period at the start of the second half.

But crucially, in almost all similar spells last season they did concede and this season they’re not. It’s not all going to be beautiful football; dealing with in-game adversity is just as – if not more – vital and is something Frank Lampard’s side seem finally to have a handle on.

Not pretty, not impressive, just one to tick off.