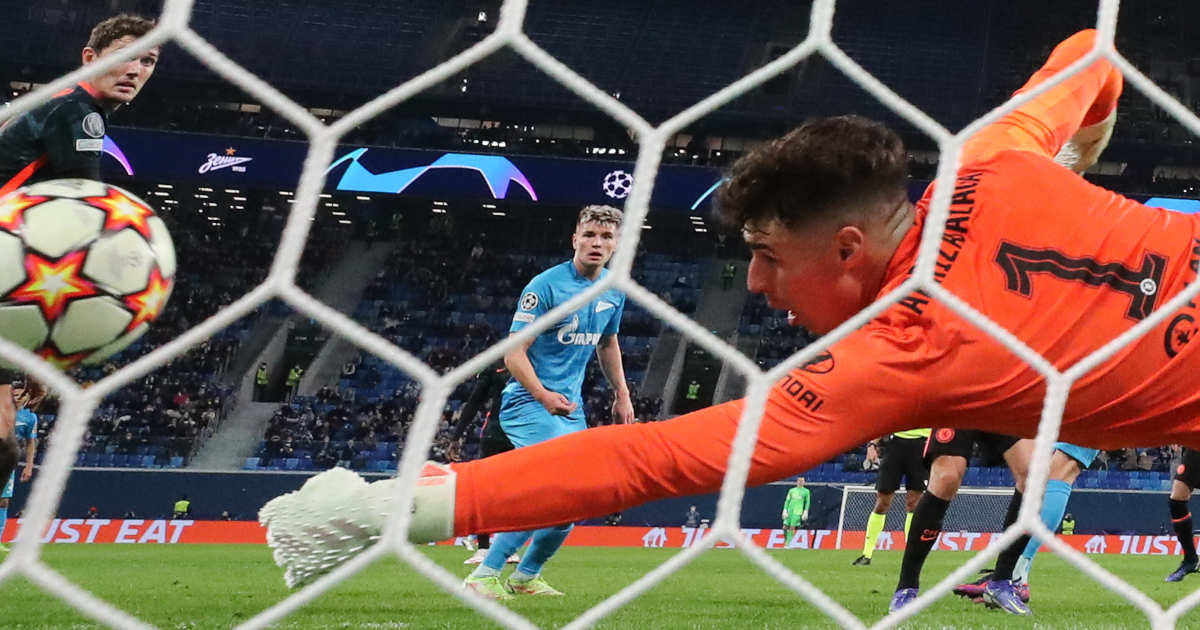 Chelsea are finding that their injuries are starting to mounting up at an inconvenient time, while conceding a late goal in St Petersburg has made their Champions League defence more difficult.

How important will this particular lapse in concentration be for Chelsea? They were four minutes into stoppage-time of their final Champions League match when Magomed Ozdoev drove the ball into the top corner of the Chelsea goal to tie the game at 3-3. In one sense, it didn’t really matter; Chelsea were already through and Zenit were already out. But in another, it really might. While Chelsea were being pegged back in Russia, Juventus were completing a 1-0 win against Malmo which put them into top place in the group and Chelsea into second place, and that will affect who they might draw in the next round of the competition.

It’s not the costliest slip that any team will make over the course of this season, but it’s another little distraction for a club whose season had, until quite recently, been imperious. A run of just one defeat from their first 14 matches put them top of the Premier League table, while they won the European Super Cup against Villareal, progressed to the quarter-finals of the Carabao Cup and qualified for the next stage of the Champions League with room to spare.

But scratch beneath the surface, and that sense of this Chelsea being all-conquering starts to look a little shakier. That European Super Cup win came on penalty-kicks, as did both of their wins so far in the Carabao Cup. And since the start of November, there is no doubt that their performances have tailed off a little in the Premier League too. Chelsea have won just two of their last five league matches, and those wins came against a Leicester City team who are on a pretty terrible run of form at the moment, and Watford, whose only league win in the last couple of months came against the sinking ship that was Ole Gunnar Solskjaer’s Manchester United.

Defeat at West Ham United dropped them from top to third place in the Premier League table, and with it looking likely that Manchester City and Liverpool are going to keep on winning matches, Chelsea cannot continue to carelessly drop points against more moderate opposition – as they did in their 1-1 home draw against Burnley – if they are to continue to challenge for the league title. Much has been made of the fact that three teams have pulled clear at the top of the table, but there are no guarantees that all three of them will still be in this particular mix by the time spring comes around.

Considering the number of players that Chelsea have contracted to them, it was something of a surprise to see their central midfield for the Zenit game comprised of Ross Barkley and Reece James, but they have injuries that partially explain that selection. There’s still no return date yet for the now apparently perpetually stricken N’Golo Kante, while Mateo Kovacic has tested positive for Covid-19, Ruben Loftus-Cheek pulled up pre-match in Russia and is now injured, Jorginho was left out for the Zenit match after Thomas Tuchel admitted that he’s been playing through the pain barrier with a hip complaint, and there is at present no return date for Trevoh Chalobah either. Chelsea supporters are at the point of wondering whether Billy Gilmour and Conor Gallagher should be recalled from their loans at Norwich City and Crystal Palace.

Furthermore, if Chelsea are having a wobble, this is not an ideal time of year to do so. The Christmas rush is on the horizon, and starting with their next match at home against Leeds United, they have six games to play in just 18 days, including their Carabao Cup quarter-final at Brentford. It’s a punishing schedule at the best of times, and it has the potential to become overwhelming if injuries are starting to mount. And Chelsea’s new year doesn’t look much easier at the moment. They should get some shooting practice at home against non-league Chesterfield in the FA Cup third round, but their first three league matches of 2022 are against Liverpool, Manchester City and Spurs.

But it’s also worth remembering how far Chelsea have come over the last 12 months. On the corresponding weekend last year, they lost 1-0 at Everton, a result which dropped them from third to fifth place in the Premier League, and which began the run of poor results that cost Frank Lampard his job six weeks later. And if that all seems like a very long time ago, then that’s probably a reflection on the excellent job that Thomas Tuchel has done since he arrived at Stamford Bridge. Few would have guessed, when he arrived at the club at the end of January, that he would make Chelsea the champions of Europe for a second time by the end of the season.

Chelsea can only draw one of Ajax, Real Madrid, Bayern Munich or Lille in the next round of the Champions League, and this makes their ongoing defence of the trophy hard work. Ajax, Real and Bayern have been among the most impressive sides in the competition so far this season (stop taking the lid off your green pens, Liverpool and Manchester City supporters, so have your teams), while Lille blew Wolfsburg away in their final group match and look like they might be fairly formidable opponents, on a good day.

With a Premier League title race that isn’t going to get any easier, injuries starting to mount, and the busiest time of the season about to start, Thomas Tuchel certainly has a lot to think about as Chelsea head towards the Christmas rush.