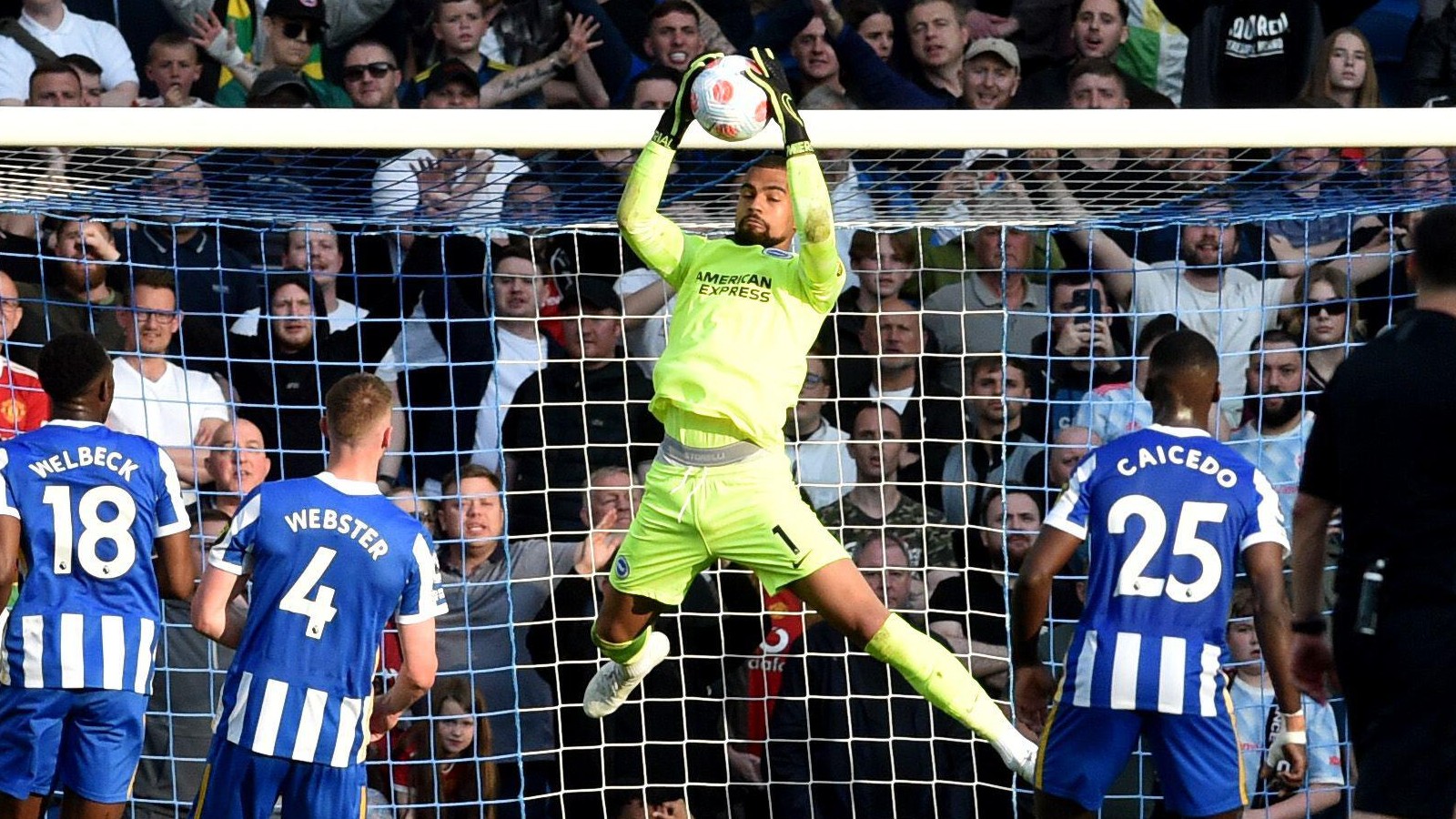 When Chelsea are inevitably linked with more Brighton stars, it should be Robert Sanchez in Todd Boehly’s sights as the next £50m-plus Seagull.

Chelsea appointed Graham Potter on Thursday afternoon. Which, by our reckoning, means that by the weekend the Blues will have been linked with a host of Brighton players.

It is an inevitable cycle when a manager swaps one club for another, even though the transfer window remains closed for over three and a half more months. The fact that Brighton have a number of players all apparently capable of stepping up to Champions League level makes it all the more certain that Chelsea will feature in the gossip columns connected with a swathe of Seagulls.

Moises Caicedo is the first, most obvious name that springs to mind, especially while Chelsea look short of a dominant midfielder. The Ecuadorian only played 14 Premier League games for Potter but made such an impression that Big Six clubs including Liverpool were ready to give Brighton a ten-fold return on a £4.5million investment made in 2021.

Alexis Mac Allister and Leandro Trossard could easily find themselves mentioned as Chelsea targets to follow in Potter and Marc Cucurella’s footsteps. But if Potter is planning to pillage his former club, then it should be Robert Sanchez at the top of his wish-list.

The six-feet-five-inch keeper has been a huge part of Potter’s success at Brighton – and Potter has been instrumental in Sanchez’s ascension from League Two to the Spain national team. The manager took the decision to drop the Seagulls’ established No.1 Mat Ryan in late 2020 to give Sanchez the opportunity he earned by paying his dues at Forest Green Rovers and Rochdale.

Since then, Sanchez hasn’t looked back. The 24-year-old has established himself as one of the Premier League’s best stoppers, one who Potter believes “has everything you need to play at every level”. Luis Enrique, evidently, agrees, much to David De Gea’s cost.

Sanchez has no obvious flaws. He makes mistakes, as all keepers do, but more often than not they come as a result of his proactive style and willingness to play off his line, sweeping up behind a high back three or four or plucking crosses from the air. Last season, no keeper stopped a higher percentage of the deliveries sent into his box.

For Potter, as for most modern coaches, his goalkeeper plays a leading role in his build-up play. Sanchez offers depth and support to teammates in possession and the ability to play passes over any distance off either foot.

Of course, when Potter looks at the choices he has inherited from Thomas Tuchel, he’ll find staring back at him the reigning FIFA Goalkeeper of the Year and and the most expensive keeper in history. But Todd Boehly shouldn’t be surprised if Potter asks him to deposit another £50million or so into Brighton’s account in exchange for Sanchez.

Edouard Mendy made a big difference when he replaced the error-prone Kepa Arrizabalaga in 2020 – but then so might have a scarecrow in gloves. The Senegal stopper brought calm to Frank Lampard’s chaotic defence and finished his first season at Stamford Bridge as a Champions League winner.

But his form since has been rather more sporadic. This season especially, Mendy’s hands and feet have been far less reliable. He has conceded 1.9 goals more than Chelsea’s xGC, ranking him 20th of 23 keepers to have played in the Premier League this term. Last season, he also conceded more often than he ought to have, according to the metrics.

In contrast, Sanchez is the third-best performing keeper for post-shot expected goals conceded this season, having conceded 2.6 goals fewer than Brighton’s xGC. Last season, the Spaniard kept out 1.2 goals more than he would have been expected to.

Sanchez’s appeal for Potter is clear, as it was to Newcastle and Leicester this summer when they were looking for new keepers. But with the 24-year-old under contract until 2025, Newcastle moved instead for Nick Pope – a bargain at £10million – while Leicester can’t afford one of Sanchez’s mitts.

The goalkeeper will be vying with Caicedo to be the next £50million-plus player to leave the Seagulls’ nest and Manchester United will doubtless have an interest. But Chelsea will hold a huge appeal for Sanchez too. Players, like managers, like what they know and Sanchez is hugely grateful to Potter. He also sees Ben Roberts, the goalkeeping coach Potter has taken with him to Chelsea, as a ‘father’ figure.

Chelsea have had their fingers burned before when it comes to buying keepers. But Sanchez has proven himself in the Premier League under Potter and has everything he needs to succeed where Kepa failed and Mendy is flailing.