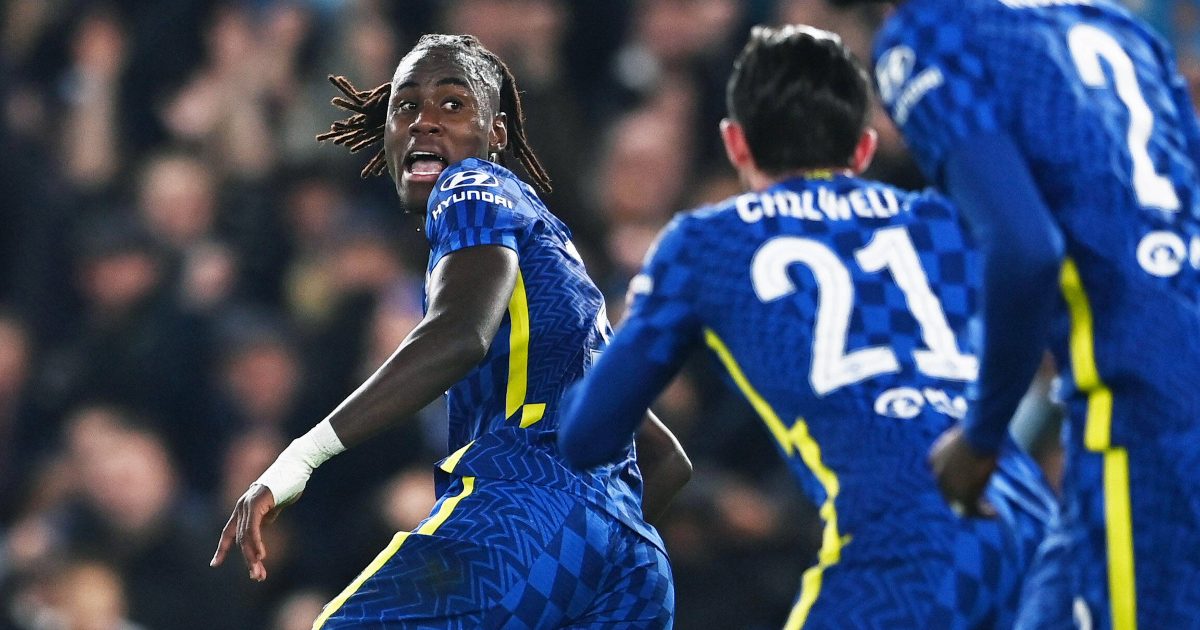 Has there been a better collection of Premier League academy players since the Class of ’92? The Chelsea boys tore Juventus apart at Stamford Bridge.

As Trevoh Chalobah fell to his knees and put his head in his hands having scored against Crystal Palace, it felt like he was a competition winner – a fan accosted on the Stamford Bridge concourse and offered the chance to start for the club he supports.

Returning from his loan at Lorient last season, Chalobah may reasonably have thought he would be as low as ninth in the centre-back pecking order under Thomas Tuchel – another loan must have felt inevitable. It’s no wonder his celebration was one of combined relief and disbelief – too few players raised by Chelsea have been given the chance to play for them.

Chalobah was eight years old when he joined Chelsea. So too was Ruben Loftus-Cheek. Callum Hudson-Odoi was seven. Reece James and Mason Mount were six. Chalobah, James and Hudson-Odoi scored on Tuesday. Loftus-Cheek provided a wonderful assist. Last season, Mount became the first academy graduate to win the Chelsea Player of the Year award since John Terry in 2006. They’re quite the bunch.

Chalobah looked incredibly assured alongside self-professed idol Thiago Silva and swivelled to score the opener like a top striker. He’s now scored on his Champions League debut, as well as his Premier League debut.

Hudson-Odoi, starting his seventh game on the trot, is again illustrating why Bayern Munich were interested in a £50million move. He’s got that electricity back in boots – terrifying defenders as he runs at them and making better decisions with every game he plays. Just 242 to go now for him.

Reece James is, well, a scary motherf***er, and scored possibly the pick of the goals – chesting the ball to his side and very much living up to Tuchel’s claim that he “shoots like a horse” as the ball flew past Wojciech Szczesny. His strength and speed is extraordinary, and his range of passing is becoming increasingly evident. He now oozes that same confidence Trent Alexander-Arnold shows consistently for Liverpool. Favouritism aside, they’re probably the two best right-backs/right wing-backs in Europe right now.

Reece James is an absolute joke! 🤭

Another outstanding finish from the Chelsea star! 🔥 pic.twitter.com/iUdgv2XI8A

The non-Englishman tipped to reverse the good work of the Englishman with the English lads has taken those English lads to new levels. They are all significantly outperforming the Frank Lampard iterations of themselves under Tuchel. None more so than Loftus-Cheek.

Deemed surplus to requirements last season, the 25-year-old would not be playing for Chelsea right now if Lampard was still in charge. He was utterly dominant when he came on: brushing midfield opponents aside; driving past them; nicking possession. And the way he danced in the box to beat Matthijs de Ligt and then Leonardo Bonucci to assist Hudson-Odoi, was sublime.

No manager has conceded fewer goals in their first 50 games in charge of an English top flight team than the 26 Chelsea have shipped under Tuchel. They’re the European champions. They’re top of the Premier League. They’re top of their Champions League group. They’re a well-balanced, hard-working, free-flowing, exciting football team that don’t concede goals and score plenty of them. Tuchel is a masterful football manager.

Any side that pips Chelsea to either of the top prizes this season will be a very good football team, with fewer outstanding academy graduates.