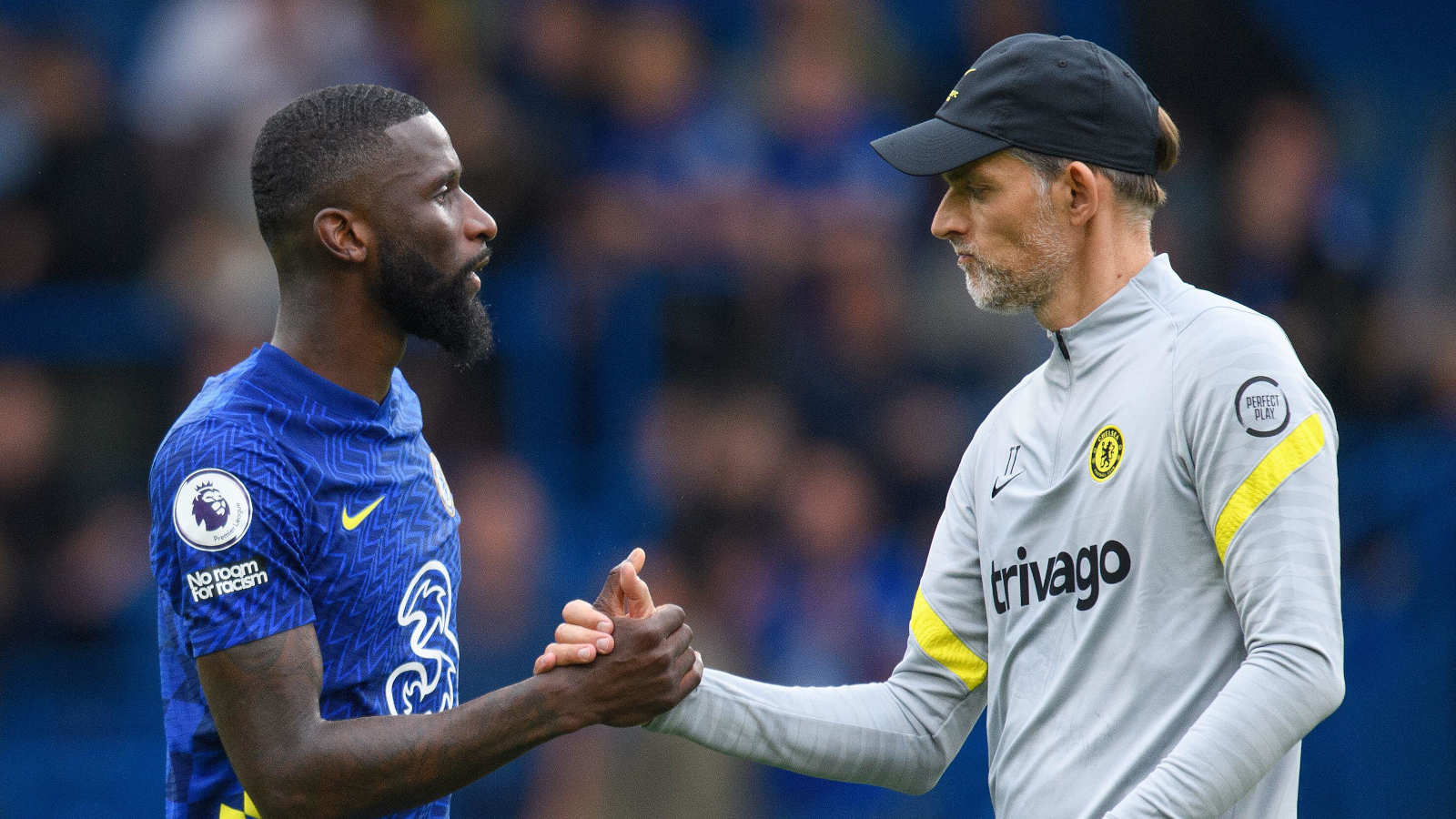 Chelsea are resigned to losing Rudiger and Christensen, but now the rumours concern Thomas Tuchel too. The new owners can’t arrive too soon.

These remain uncertain times for Chelsea. The race to take over the club seems to be permanently a couple of days away without having yet arrived, and while it remains highly likely that they will return to the Champions League come the end of the season, work will have to be carried out on the playing squad during the summer and nobody yet knows what the appetite for spending will be on the part of those new owners.

The transfer saga that has been looming over the club for the whole of this season is approaching its endgame, and it doesn’t look like a successful result for the club. Antonio Rudiger was left out in the cold by Frank Lampard but has grown exponentially as a player under the guidance of Tuchel; Chelsea have been prevented from discussing a new contract with him since the sanctions against Roman Abramovich were put in place, but an earlier, substantially improved offer was rejected and Real Madrid have swooped. The Bernabeu now seems almost certain to be his home from this summer.

It is completely understandable that the loss of a player with such leadership qualities should have sent a cold chill through Stamford Bridge. When a player of this stature leaves a club, they leave a space behind them that is far greater than anything visible from the 90 minutes that the rest of us see once or twice a week. It’s about the atmosphere around the training ground, the dressing room and the gym. It’s about having a structure in which there are players who stand out as an example to players of all ages, an example that others can follow. Everybody at Stamford Bridge already knows that the loss of Antonio Rudiger will be a big loss to Chelsea.

Rudiger won’t be the only defender to leave Stamford Bridge for Chelsea this summer, either. Andreas Christensen’s contract expires at the end of this season, and it already seems almost certain that he will be leaving for Barcelona, although this hasn’t been officially confirmed yet. Further threat to their defensive stability was averted after Cesar Azpilicueta signed a year’s extension on his contract which could only be agreed under current sanctions because it was an extension.

In the slipstream of these ongoing rumours has now come the rumour that Thomas Tuchel could be considering his future with the club due to, according to reports, ‘the paralysing restrictions the club is operating under’. But how likely is this? The timing would certainly be odd. Tuchel has been working under these restrictions for the last couple of months and the point at which confirmation of a new owner should be imminent seems like a very strange time to be bailing on the club.

Normality should soon return to Stamford Bridge. It won’t be the same normality that existed under Abramovich’s ownership – it seems unlikely that the new owners will be either willing or able to support the sort of losses that he underwrote – but the existential threat that has been hanging over the club will be lifted, commercial activities can begin again, and the all-important work that needs to be carried out on the playing squad will be able to start. It would be extremely surprising if, having rode out this extremely difficult period in the club’s history, he left the club just as that period was coming to an end.

Tuchel has history, of course. His two previous jobs have both seen a deterioration in his relationship with his employers, and while this is understandable in the case of PSG (a club that looks close to unmanageable the best of times), when combined with the same thing at Borussia Dortmund, it starts to look like a pattern. But for all of that, it should be added that Tuchel has been an outstanding spokesman for Chelsea during their recent difficulties, and that as yet the rumours remain anonymous and unsubstantiated.

But while the arrival of new owners at Chelsea will finally close the door on a difficult period for the club, this doesn’t mean that other issues will all magically vanish with them. The squad is due some attention beyond the replacement of Rudiger and Christensen. N’Golo Kante, Marcos Alonso, Jorginho and Thiago Silva and the aforementioned Cesar Azpilicueta are all out of contract in the summer of 2023. The unsuccessful signing of Romelu Lukaku and what happens next with him, amid rumours that he wants to return to Inter, will have to be addressed. Stamford Bridge is no nearer to getting its much-needed renovation, although all three bidders for the club have committed to it.

After the last couple of months, Chelsea could probably do with some stability and a clear vision for the future. No-one knows who the new owners will even be, still less what sort of money they will spend during the summer transfer window. It may well be that, whoever they are, they’ll be looking to make ‘signals of intent’, and the summer transfer window is a perfect time to do that. But spending that money is one thing; spending it wisely is something else altogether, and it can hardly be said that Chelsea did that last summer. The circumstances of the last couple of months have largely been out of the club’s control, but those days are soon to end. Confirmation of the identity of the club’s new owners will not only be the ending of one chapter; they will also mark the beginning of another.