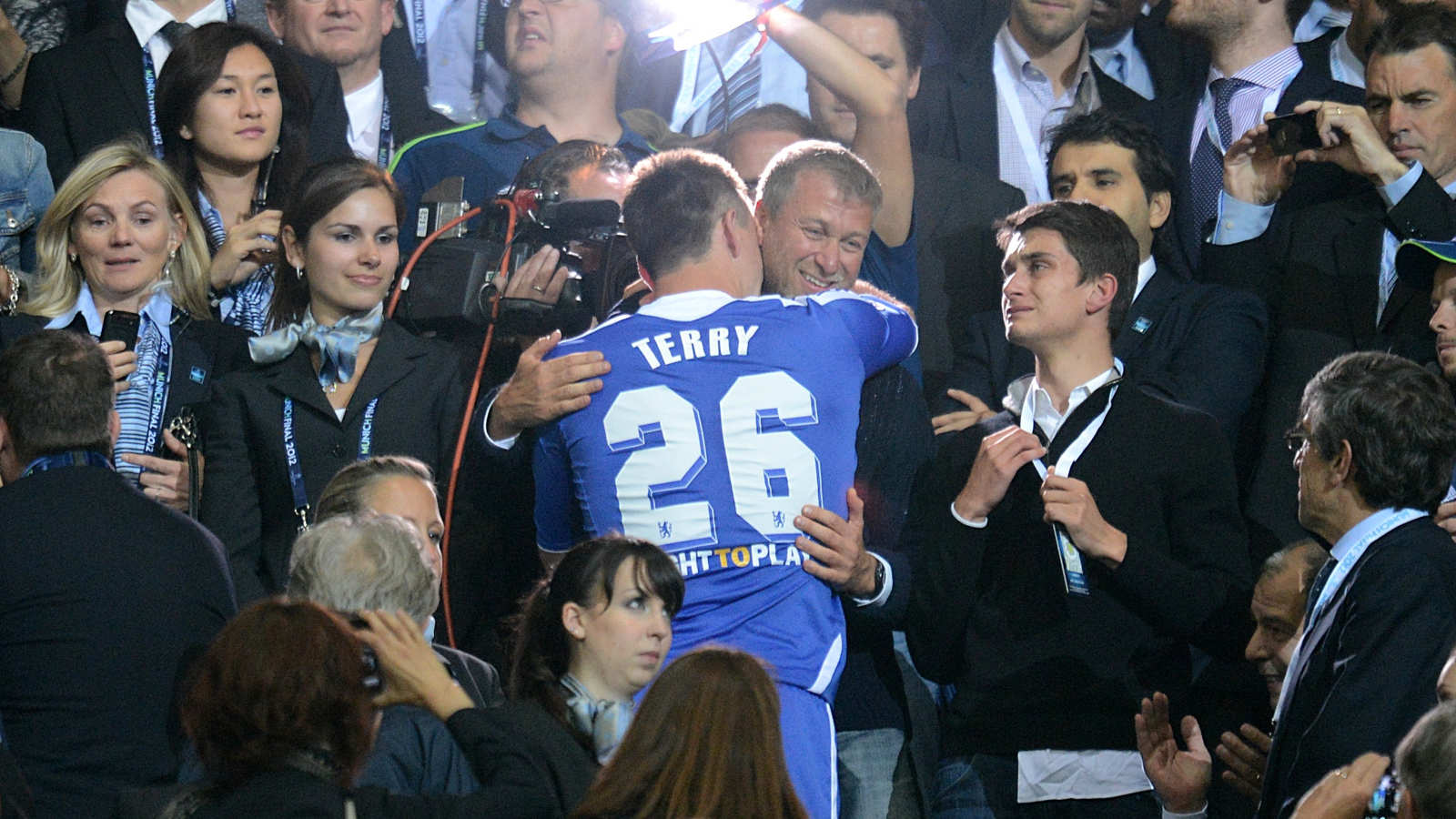 Bids to buy Chelsea had to be in by Friday night, which is a strange enough story in itself, and then John Terry got involved.

Roll up, roll up, for the strangest transfer deadline day there will surely ever be. Chelsea Football Club, the current European and world champions, are up for sale. Friday 18 was the deadline date for men in expensive suits with a hungry look in their eyes to submit sealed bids of improbably large amounts of money to take control.

They won’t be getting Stamford Bridge itself – that is owned by the Chelsea Pitch Owners – but they will be getting a first team that has an enviable record in both domestic and European competition, a top-level women’s team and an academy that is also among the very best in Europe. It’s a big organisation and for those without the pockets deep enough to fund it, it may require careful handling by people who know what they’re doing.

And then there’s John Terry.

Breaking: John Terry and former women’s star Claire Rafferty are fronting up a £250M consortium called True Blue in an attempt to buy a 10 percent stake in the #Chelsea.

Sometimes it can feel as though John Terry may be a piece of performance art, a sophisticated trick being played on all of us using augmented reality or something – the perfect distillation of a man fine-tuned to lack any humility whatsoever. His involvement in NFTs and, consequently, crypto-currency went exactly as predicted but, undeterred by the underwhelming performance of his previous venture, he is ploughing on regardless.

Terry had been relentlessly pushing his ‘Ape Kids Football Club’ NFTs through his social media accounts, and soon after they launched at the start of February they were publicly trading for an average price of $656. But by March 8 this price had dropped to $65. Exactly as has happened in countless other examples, including some backed by celebrities, they launched at a high price, pushed up by all the hype and then collapsed in value. Anyone who ‘invested’ in one of these NFTs at their peak price had effectively lost $591 on their investment in a month.

Tammy Abraham and Ashley Cole, who had also promoted them, removed their endorsements from social media feeds; Terry himself had his wrists slapped by Chelsea, the Premier League, UEFA and the FA over unauthorised use of their intellectual property in the images: Chelsea’s badge and the Premier League trophy. The original set was quickly withdrawn and replaced by something more generic-looking.

Few with much knowledge of NFTs and crypto-currency would have been surprised by this fall in value. Non-fungible tokens are a form of digital asset based on blockchain technology – a blockchain is a digital ledger – that underpins cryptocurrencies like Bitcoin and Ethereum. They are ‘minted’ at a fixed price, but usually only to a select few, but then they move into a marketplace. It is alleged by critics that this is a highly speculative form of trading wrapped up as something else, and that those who profit from them are the small number who buy on or soon after launch and then sell, leaving those who buy them to rescue what they can from the ruins of their ‘investment’ as the value drops again.

And with Terry being Terry, it is perhaps inevitable that he already seems to be moving onto his next venture with the launch of True Blue, which is hoping to raise £250m for a 10% stake in the club. It would allow supporters, players and ex-staff to buy fan tokens for more than £100, with voting rights coming in return. Another person said to be involved with this group is David Meller, a Chelsea fan and a very wealthy individual, but also a man with a bit of a history.

Meller was awarded a lucrative £164m PPE contract during the coronavirus pandemic after supporting Michael Gove’s leadership bid, with documents claiming that he benefited from a controversial ‘VIP lane’ that allowed influential individuals an opportunity to circumvent normal procurement processes. He also was the chairman of the President’s Club, a high-class men-only charity event, which became embroiled in a sexual harassment scandal. After the scandal, MPs lobbied for him to step down from a senior position in the Department for Education after a report in the Financial Times.

And details of what True Blue investors would be getting are scant. Will there be a written constitution that guarantees the voting rights of those who invest? What will they actually be getting for their money? To raise £250m at £100 each, they would presumably have to be minting 2.5m of these tokens, so for £100 you’ll be getting one-two-and-a-half-millionth of a vote in the affairs of a group that will have a 10% stake in the club.

Will they be one vote per token, or one vote for person? Because it does all rather start to look as though people may just be paying £100 to help someone else buy a 10% stake in Chelsea. And will these tokens be subject to the wild variations of other crypto markets? Will these tokens go onto OpenSea, where the value may fluctuate wildly? What – if anything – will be done to prevent people speculating or profiteering off back of these tokens?

This, it should go without saying, would not be ‘fan ownership’ in any meaningful sense. Should they wish to, the Chelsea Supporters Trust could do precisely this without having to go anywhere near any tokens, or any other speculative markets. It would be an entirely reasonable conclusion for the Trust to reach, that to attempt to raise £250m would be more or less impossible, and that spending this vast sum of money on 10% of Chelsea might not represent the best in value for money. They are campaigning for a ‘golden share’, which would allow fans, through the Trust, veto power over matters relating to the club’s identity including the club badge, kit or stadium, or playing in a different league. It seems like a more sensible use of everybody’s time.

There may well be no doubt about Terry’s devotion to Chelsea, but it seems fair enough to ask whether anyone should be investing in an organisation, the public face of which is a man who didn’t seem to know what copyright law was two months ago and who has already been heavily involved with an NFT that led to a bubble and crash in value which will have cost some people a lot of money.

There is a tiny window of opportunity for Chelsea, a club that lost an average of more than £900,000 per month under Roman Abramovich, to be run better. Whoever the new owners turn out to be, they need the Supporters Trust in charge of a golden share alongside them. Terry’s magic beans are not the answer.