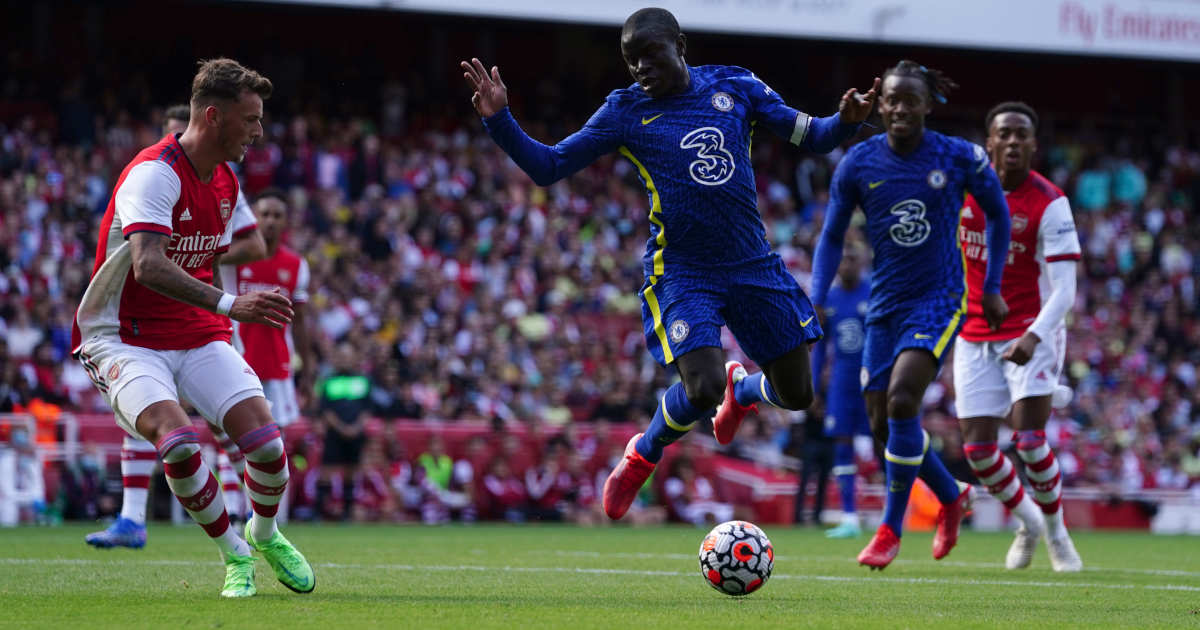 Chelsea over-played N’Golo Kante under Frank Lampard, but will he ever be back to full fitness?

There’s a case for saying that N’Golo Kante is the most transformative player in the last ten years of the Premier League. At Leicester City, he was the powerhouse who acted as the lynchpin to one of English football’s greatest ever shocks, and following a big money transfer to Chelsea after their Premier League win he repeated the trick, bringing order to the midfield at a club which had dropped to its lowest Premier League finish since 1996.

And yet the last few years haven’t been particularly easy. In March 2018, he suffered a health scare when he passed out in the dressing room at Chelsea’s Cobham training centre. Cardiology tests did not find any issues with his heart, but his father died from a heart attack when he was 11 and his older brother Niama died of a heart attack shortly before the 2018 World Cup, so it is understandable that he may be concerned about his health. He was granted compassionate leave in May 2020 after he expressed concerns over the return of the Premier League.

Kante himself has now tested positive for Covid-19 and will miss at least their next couple of matches, all of which shines a slightly different light on the decision to withdraw him after an hour of their recent match against Manchester City. And then there’s the injuries. The record is not pretty, and at 30 years of age it is difficult to see this improving. This study, carried out by Faculty of Education and Sport Sciences at University of Vigo in Spain found that: ‘(i) an aging trend has occurred in the last three decades in the Champions League, and that (ii) GK and CB tend to peak later than attackers, and their peak performance can be maintained longer, until an age of about 31 years’. That’s not to say that physiological gravity can’t be defied for a few years, but those who do are the exception rather than the the rule.

Yet still he is a wonderful footballer, surely one of the most intelligent and agile in the Premier League. His injury record has been a combination of over-work, bad luck and likely wear and tear, but if he does stay fit you’ve got yourself one of the very best midfield players on the planet. Chelsea have been criticised for over-playing Kante – understandably, as you see how they function when he does not play – and Thomas Tuchel went so far as publicly saying that he wouldn’t do so, so it’s hardly as though this concept is particularly new to anybody.

This makes the rumours that Chelsea are considering selling Kante next summer all the more intriguing. There would be interest. To the biggest clubs, there is no doubt that he would be a fabulous addition if fit, and he is a risk that they could afford to take even if his injury record doesn’t improve. It is unlikely that Kante’s next contract will be financially less rewarding than his current one. Of course, if he runs down his contract to 2023 he can leave on a free transfer, and this would likely benefit both him and his new club.

It could be a well-placed leak to pressure Kante over the extension talks, but it is at least plausible that Chelsea wish to ‘cash in’ on any remaining transfer value that Kante might hold before his contract expires in 2023. His transfer value is rated at £25m-£45m, but as ever the answer to that particular question is ultimately ‘as much as somebody is prepared to pay for him’ and in an era during which transfers between elite-level clubs are starting to feel like some sort of sporting cold war, it’s easy to see how a player of Kante’s quality, regardless of age, injury status or whatever else, could end up fuelling an arms race.

It hasn’t helped that there have been mixed messages in the media. On the September 10, the Evening Standard reported that ‘Chelsea are working on a new deal for the 30-year-old France international – but there is an acceptance that he may need to be saved from himself in terms of his incredible levels of stamina, while injuries have become more frequent’. This had previously been reported by noted transfer luminary Fabrizio Romano in August. There’s nothing wrong with multi-million pound contract discussions taking a long time to complete, but there’s been no suggestion yet that anything has been agreed. And with this latest rumour, the tone of the story alters further.

In January, Chelsea announced a £39m decline in revenue in their annual financial results for the year to June 2020, but a £32.5m profit. They don’t need £25m-£45m and, to be clear, if it makes good business sense, then it makes good business sense. It’s no good preaching good financial management in football clubs and then criticising them when they practise it, and selling Kante this summer would certainly be more sensible than ‘doing a Barcelona’. Might it even make sense for them to have him for this season and next, and then agree for him to leave on a free transfer, unless they can agree an extension at a later point?

If they are considering putting him up for sale, it’s reasonable to assume that either Kante has told them that he intends to leave in 2023, that Chelsea don’t think he’s value for money – considering an ongoing wage commitment versus receiving £25m-£45m and taking his injury record into account – or that they’re waiting to see just how ‘money no object’ these other clubs really are.

Whatever ends up happening to N’Golo Kante, it’s difficult to avoid the idea that whoever ends up with him is taking a gamble they can win. As recently as the second half of last season, as the team worked its way to winning the Champions League, he was playing some of the best football of his career with the pandemic ongoing.

Prior to 2015 he was little known in Britain, with a career that had spanned just three full seasons of senior football, in the third tier of the French league system, Ligue 2 and Ligue 1. He only cost Leicester £5.6m. He’s only played seven top-flight seasons and the latter of those have been interrupted, both by injury and by the pandemic. Yet still he’s won almost everything there is to be won. Is there more for Chelsea or elsewhere? Is he now worth more to Chelsea as a bit-part player or as a transfer asset?