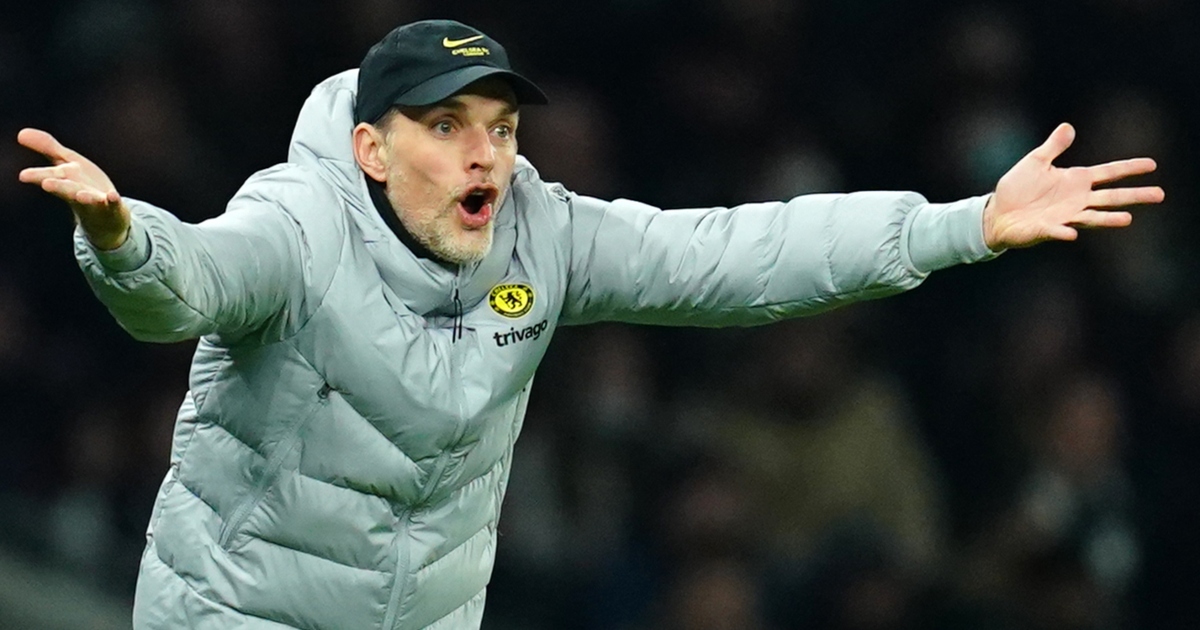 The brass balls on Chelsea to request a lock-out at Middlesbrough for reasons of ‘integrity’. Read the room, guys.

The FA said on Tuesday afternoon that Chelsea’s request to play their FA Cup quarter-final against Middlesbrough behind closed doors will be answered after a board meeting on Wednesday. Which feels like an awful lot of fuss to say: ‘F**k off.’

The only thing for the FA to consider should be exactly how they tell Chelsea to ‘f**k off’. The chance to be so unequivocal in telling anyone to ‘f**k off’ doesn’t come around very often, so perhaps the governing body should not be blamed for wanting to get the precise tone and content of their ‘f**k off’ exactly right.

Such opportunities are rare because, even in a modern game absolutely riddled with greed and self-interest, Chelsea’s latest request sets a new benchmark in shameless tosspotery.

Amid all the chaos at Chelsea right now, we ought to be told who thought this was a battle worth fighting. Who at Chelsea, after a week that should have prompted those left in the corridors of power at Stamford Bridge to reflect inwardly for once, is so woefully deficient of self-awareness that this request was not only dreamt up but actually submitted?

Ian King: Chelsea sanctions being eased may not be enough to sustain them

Jesus. Mercifully, unlike the FA, Middlesbrough aren’t putting up with Chelsea’s sh*t. About an hour and half after the Blues vomited their statement onto their website, Boro promptly issued a response: five paragraphs professional in tone with an unmistakeable ‘f**k off’ sub-text.

Chelsea drove Boro to the fourth of those pitch-perfect paragraphs: ‘Given the reasons for these sanctions, for Chelsea to seek to invoke sporting “integrity” as reason for the game being played behind closed doors is ironic in the extreme.’

Steve Gibson, a club owner perhaps as far removed from Roman Abramovich as you could hope to find, saw no need to be quite so diplomatic. “Chelsea and sporting integrity do not belong in the same sentence,” he said before zeroing in on the Chelsea chairman: “Where is the intellect of Bruce Buck, who has been an apologist for his owner, where the trophies won over 19 years have come from the corrupt money provided by Abramovich?

Buck should be followed out of Chelsea, the game and the communications industry by whoever came up with this sh*te. Aside from being offensively insensitive, as a rouse to turn the screw on the government to ease the terms of the licence Chelsea currently exist under, it will almost certainly have the opposite effect.

The public outcry will give the government – one already preoccupied with appearances – very little room to back down from restrictions that have already been eased somewhat since they were first introduced last Thursday. MPs have already asserted to FA CEO Mark Bullingham in a Commons Select Committee on Tuesday afternoon that the absence of a prompt ‘f**k off’ reflects extremely poorly on the governing body. The government, one suspects, will be rather more decisive and forthcoming when considering Chelsea’s proposals for amendments to their licence.

“Tell Chelsea to get their shin pads & boots on & play the damn game!!”
FA supremo Mark Bullingham grilled by MPs on @CommonsDCMS just now over Chelsea’s request for tie v Boro to be played behind closed doors because they’re not allowed to sell any more away tickets for game pic.twitter.com/wKtBHX5Jyt

It was all so needless. Their owner aside, and a select band of Abramovich apologists among their fan base, Chelsea had conducted themselves rather admirably in trying circumstances. Thomas Tuchel, a man perhaps looking for excuses to disassociate himself from the club, especially has struck all the right notes with his public responses to questions over Chelsea’s past, present and future.

But this afternoon, what little goodwill Tuchel might have eked out of this sh*t show for his employers was flushed away with 213 words of tone-deaf diarrhoea. Only two more words are needed in response.