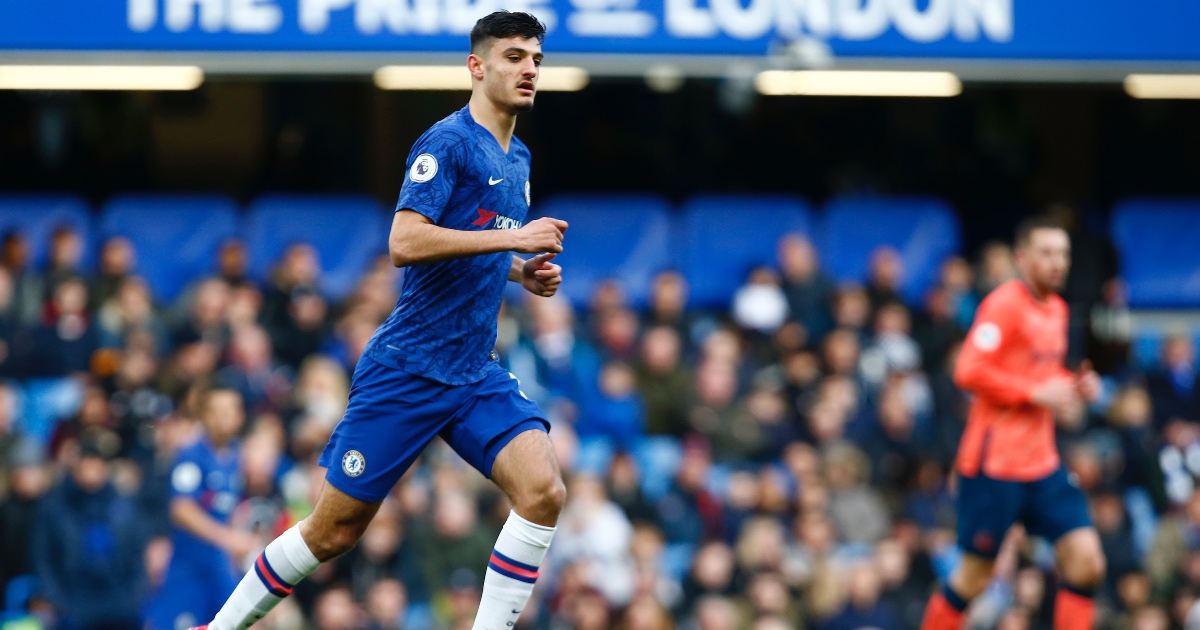 Chelsea are in no position to snub goalscorers. £40million is tempting, but Broja should be given a chance at Stamford Bridge.

Since Diego Costa left in the summer of 2017, Chelsea strikers have scored a combined 72 Premier League goals from 168 starts. Only twice have any of those strikers notched double figures in a season – Alvaro Morata in 2017/18 (11) and Tammy Abraham in 2019/20 (15). Chelsea spent £100million in the summer on what they thought was a fool-proof solution to the problem, but Romelu Lukaku is yet to come close to the mark expected of him.

Meanwhile, a Chelsea striker is catching the eye on loan at Southampton. Armando Broja has scored five goals from ten starts, with an xG of 4.0. The Saints reportedly want to land him on a permanent deal, as do Leeds, Everton, Wolves and Newcastle, who are said to be willing to pay £40million for his services.

That’s a significant amount of money for a player with just six months experience in the Premier League, and must be tempting Chelsea, whose academy has proven an excellent source of funds to aid lavish spending on players from elsewhere. The £100m for Lukaku for example, was offset almost entirely by the sales of Tammy Abraham, Fikayo Tomori and Kurt Zouma.

An argument could be made for any of those three sales being a mistake on Chelsea’s part. The contract stand-offs with Antonio Rudiger and Andreas Christensen could leave the Blues light as centre-back, and a back-up to Lukaku may have been useful given his injuries and struggles in front of goal. But they had all been given a shot – possibly not an entirely fair one in Tomori’s case – of becoming mainstays in the Chelsea team. They were deemed not good enough, rightly or wrongly, and moved on for decent fees. Fair enough.

They didn’t give Tariq Lamptey or Tino Livramento a chance, and are currently regretting that decision. Difficult though it must have been to persuade either right-back to stay with the golden boy to usurp, Reece James’ injury has created a huge problem for Thomas Tuchel, with no other recognised right wing-backs. The loss of James and Ben Chilwell has arguably cost Chelsea the chance at the title.

But still, those moves were understandable. James is a brilliant footballer and Lamptey and Livramento wanted to leave with no clear path to the first team. Again, fair enough.

It’s the combination of Broja not being given a chance at Chelsea and their historic failings when signing big-name strikers for big money that would make his sale particularly uncomfortable.

Chelsea have spent £260million on their last five strikers. Most of them have been unhappy and none of them have scored enough goals. Lukaku is the latest to be affected by the Stamford Bridge curse. Arrive, start brightly, slump, leave: Lukaku appears to have reached stage three of the well-trodden Chelsea striker path in double quick time. He’s unhappy and is already rumoured to be looking for a way out.

And should he leave, the search will continue again. Unless they give Broja a chance. And he should get that chance whether Lukaku leaves or not.

Abraham, in part due to a timely transfer ban, played 34 games in his debut Premier League season for Chelsea, and 16 in the following campaign, before Tuchel took charge and adjudged him not good enough. Despite decent form and ten goals in 22 games for Roma this term, few would doubt that decision.

Chelsea are clearly not averse to giving strikers from the academy the opportunity to stake a claim for a first-team place. And Tuchel, though not credited in the same way as Frank Lampard, has arguably banged the drum harder for the Chelsea youth, promoting Trevoh Chalobah to the first team, handing Callum Hudson-Odoi more game time than anyone before him, and overseeing the improvement of James and Mason Mount. If Broja is good enough, Tuchel will play him.

And that is the crux of the matter – the if. The signs are good and Chelsea have nothing to lose by waiting. Reports suggest they are reticent to sell Broja now as they want to ‘reassess in the summer’. Lukaku may have scored another 20 goals by then, in which case Broja’s sale, or at least another loan, would make some sense. But Chelsea are not currently in a position to snub goalscorers, and haven’t been for a long, long time. Should Broja’s fine form continue, the appraisal this summer should be a short one.

Does he score goals? Yep. Keep him.