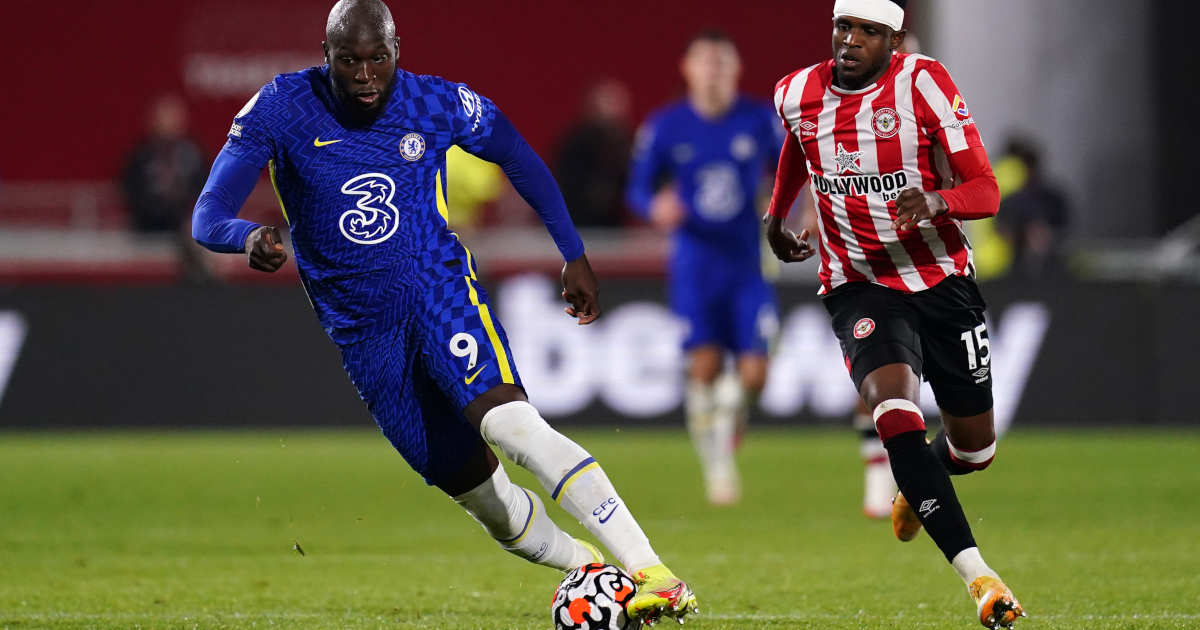 Chelsea are still top of the Premier League, but Romelu Lukaku is misfiring and it may take changes from both the player and his manager to address that.

The wins keep on coming, but it still feels as though there’s something going slightly awry at Chelsea, despite a strong start to the season. At Brentford, the statistics spoke for themselves. Ben Chilwell’s decisive goal at the end of the first half was their only shot on target of the match; although they had more possession over the entire 90 minutes, Chelsea were heavily indebted to their goalkeeper Édouard Mendy for an exceptional performance and Brentford hitting the woodwork twice to hold onto their lead. After the match, Chilwell said that, “It was pretty much hell on earth, the last 20 minutes”.

This wasn’t the first time recently that Chelsea have looked a little under par either. Their win against Southampton before the international break came by a margin that was a little wider than the balance of play had suggested and which required two goals after their opponents were reduced to ten players. Before that came consecutive defeats against Manchester City and Juventus, while they also required a penalty shootout to get past Aston Villa in the Carabao Cup.

It would be a stretch to say things are ‘going wrong’ for Chelsea at the moment. They remain a point clear at the top of the Premier League and have won six out of their eight league matches so far this season. But their performances haven’t exactly been going in the right direction of late and there is one particular problem that threatens their current position.

Chelsea’s revitalisation under Thomas Tuchel throughout the second half of last season came on the back of an extremely parsimonious defence. Following his arrival at Stamford Bridge on January 26, his team conceded just two goals in their next ten games, and they kept eight clean sheets in their run to the final of the Champions League. The signing of Romelu Lukaku during the summer was presumed to add an extra dimension to a team whose defensive capabilities were not in question. It all started fairly well, with a goal at Arsenal in their second league match of the season, two against Aston Villa a couple of weeks later and the winner against Zenit St Peterburg three days after that.

Since then, though, Lukaku has failed to score, and he’s been cutting an increasingly unhappy looking figure in attack for Chelsea. Against Brentford, he was substituted with 14 minutes left to play, having touched the ball just 18 times in the previous 76 minutes, spending much of the time as something of an onlooker as the match went on around him. Chelsea have scored eight goals since his last and his performances have been deteriorating over that time rather than improving.

It’s reasonable to say that Chelsea might have expected more from a player who cost them £98m to return to Stamford Bridge from Internazionale during the summer. Against Brentford, he was completely off the pace, playing a match that no-one else on his own team seemed to be involved in. There’s a case for saying that Chelsea may need to tailor the way they play to his needs, but when they did get into decent positions he found himself offside more than once, and there still seems to be something approaching reticence on the part of his teammates to give him the ball quickly.

If Lukaku doesn’t get the ball played for him to run onto a large part of his effectiveness is nullified, but Chelsea still look slightly ponderous in midfield at times, leaving him looking isolated and frustrated in attacking positions. They don’t really create a ton of chances, regardless of whether he’s getting on the end of them or not – they only scored 21 goals in the 18 Premier League games after Tuchel took over last season – and there’s a strong case for saying that it doesn’t particularly matter whether he’s scoring regularly, so long as they’re winning matches.

Part of the problem that Chelsea face here is that expectations these days are so high. When a club spends the lion’s share of £100m on a single player, there will be a proportion of those watching who expect results both immediately and consistently. Lukaku delivered on the first of these expectations, with his performance against Arsenal showing him at his bullying best, but scoring goals consistently is also critical for a striker. Barren patches will be held under a microscope and forensically analysed. Gaps of a six or seven games without a goal will be considered unacceptable, particularly for a player specifically signed to bring a club 25 per season.

It’s easy to blame the player in circumstances such as this, and there have been plenty of cynics on hand to remind Chelsea fans of Lukaku’s previous reputation as something of a ‘flat-track bully’. But at Inter, Antonio Conte seemed to have turned him into something approaching a complete striker, and he’s scored 11 goals in 12 games for Belgium in 2021, including one for them in the UEFA Nations League semi-final against France. Conte recently told the press that, “I don’t think Chelsea have quite figured out how to use him yet,” which provoked a reaction from Tuchel but also has an element of truth behind it.

But that said, a degree of responsibility also has to fall on the player in a situation like this. To what extent is it reasonable to contort a system that has been working pretty well for Chelsea – considering that they won the Champions League at the end of last season – to accommodate an individual? There will have been conversations already between Lukaku and Tuchel about what both parties expect. It might be time for another discussion, because 18 touches in 76 minutes and then being substituted is not a state of affairs that suits either manager or player.