Home F365 Says Chelsea are through to the CWC final, but few in Europe care 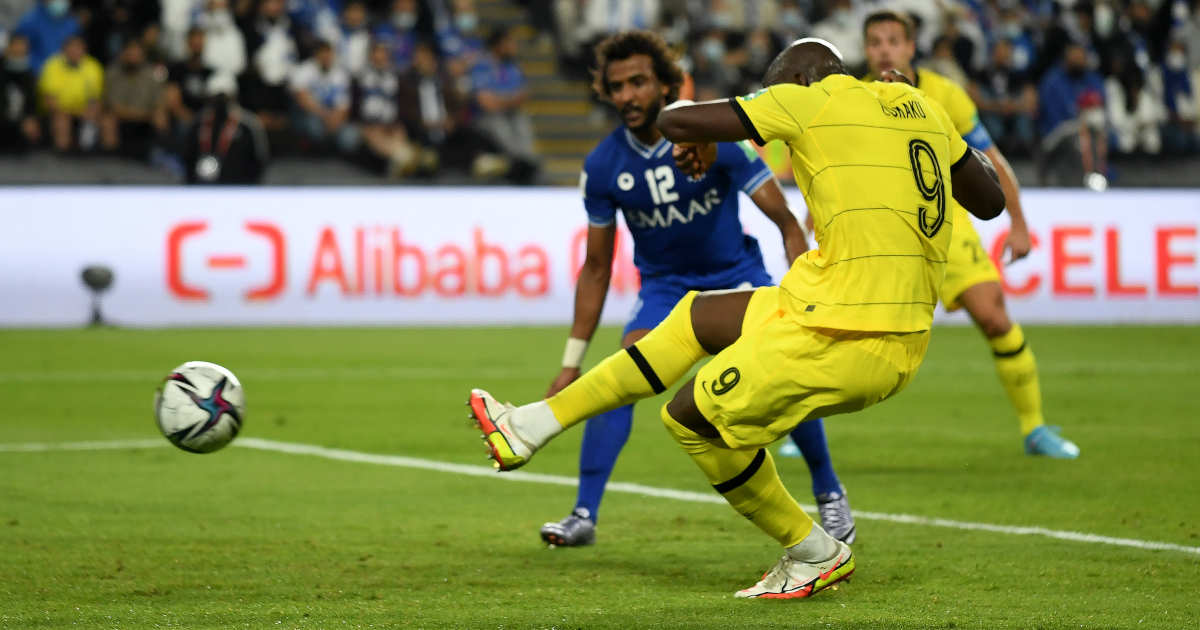 Chelsea eased into the Club World Cup final, but attitudes towards this tournament vary greatly between Europe and South America.

Just as it is said that you should judge a man by the company he keeps, so might you say that you can judge a lot about the character and importance of a football tournament or competition from the television company broadcasting it. At the top of the tree sit the World Cup (men’s and women’s) and European Championship finals, which are deemed so vital they are required by law to be shown free-to-air in their entirety.

Club football still cannot compete with the shared national experiences that these tournaments offer, but the Premier League’s near 30-year long partnership with Sky Sports has seen both parties grow to resemble each other, like an old, happily-married couple. On the other hand, Chelsea’s Club World Cup semi-final was shown live on E4, and herein lies the difference between European attitudes and those held in South America towards the perpetually laboured attempts to determine the club game’s world champion. In Europe, the Club World Cup is met with almost complete indifference; things are very different indeed in South America, and bridging that gap is the key to its future success.

To call that history ‘troubled’ is putting it mildly. The match commonly regarded as the first true modern incarnation of a club World Cup was the Copa Rio, held by the Brazilian FA in 1951 between Palmeiras and Juventus, with the former winning 3-2 over two legs, both held at the Maracana.

This didn’t stick, but the Intercontinental Cup did from 1960 until 2004. Played between the European Cup winner and the Copa Libertadores champion, it was originally two legs but such were the levels of violence in these matches that by the early 1970s it was becoming increasingly difficult to persuade the biggest European teams to feature in it. The tournament was rescued by the Japanese car maker Toyota in 1980 and then played as a one-off match every January in Tokyo until 2004.

But by the end of the last century, FIFA were getting ideas about expansion. The 2000 Club World Championship was the result of this: an eight-team tournament held in Brazil, with Manchester United and Real Madrid representing Europe.

The tournament is best remembered – certainly in England – for the fuss that United’s involvement caused, with the FA allowing them to jettison the FA Cup to take part, all in support of an ultimately doomed bid to host the 2006 World Cup.

Twenty years since Rio. What a trip. For @FourFourTwo https://t.co/vxockB02oQ

It didn’t do anybody any good. With only group winners going through to the final (the runners-up played a third/fourth place play-off), Manchester United were eliminated after two matches following a draw with the Mexican side Necaxa and defeat to Brazil’s Vasco da Gama.

Another Brazilian side, Corinthians, beat Vasco on penalties after a goalless draw in the final. The format was not revived.

Various factors, not least of which was the collapse of the media company ISL, prevented the tournament from returning until 2005 – and when it did, it was different. The Club World Championship and Intercontinental Cup were merged to become the Club World Cup, containing just the six reigning continental champions and a team from the host country, with five of them effectively playing off to face either the CONMEBOL (South American) or UEFA representatives in the semi-finals.

It’s a hugely imperfect system and one which lays bare the deep inequality in global club football. In this year’s tournament, which is being held in the UAE after Japan dropped out in September, the route to this stage has been fairly straightforward. In the first round, the OFC representatives AS Pirae, from Tahiti, were beaten 4-1 by the current AFC champions Al-Hilal, from Riyadh. They then beat the host nation’s representatives, Al Jazira, 6-1 to get through to a semi-final against Chelsea. In the other second round match, the Egyptian giants Al Ahly beat Mexican side Monterrey 1-0 to set up a semi-final against Palmeiras.

Despite the fact the tournament is taken more seriously in South America, no South American team has won it since Corinthians beat Chelsea in 2012. Since then, seven of the eight tournaments have been claimed by Real Madrid, Barcelona and Liverpool between them.

Palmeiras are a huge club. They hold the record for having won the Brazilian Serie A title ten times and were of course arguably football’s first modern world champions in 1951.

But their involvement in this tournament has been limited. They were beaten 1-0 by Manchester United in 1999 and their only other appearance came last year, when they were surprisingly beaten in the semi-finals by Tigres of Mexico. But it is notable that they return to the tournament this year; this Palmeiras team is the first to have won the Copa Libertadores twice in a row since Boca Juniors in 2000 and 2001. Palmeiras avoided last year’s slip-up, beating Al Ahly 2-0 to get through to the final.

Chelsea played the first half hour of their semi-final against Al-Hilal as though they’d arrived at the stadium fresh off the plane. Thomas Tuchel wasn’t there – though we were reliably informed several times over that he was in almost constant contact with the bench in Abu Dhabi by video call, which is simultaneously slightly frightening and completely in character – but they were fielding a strong team.

After 31 minutes, the difference in quality between the teams finally told. Kai Havertz’s cross bounced off Yasir Gharsan Al-Shahrani’s hip and very conveniently indeed for Romelu Lukaku, who scored from four yards out. Lukaku had already missed one golden opportunity and opted not to celebrate this one, even though it was his first goal in a month.

Al-Hilal had little to offer in return in the first half. They signed Odion Ighalo, the former Watford forward who once found himself being loaned to Manchester United for a year, and he’d scored on his debut in the previous round of this competition, but he ploughed a lonely furrow up front, ahead of a midfield that couldn’t offer him much service at all.

But to their credit. Al Hilal made a game of it in the second half. Havertz hit the post three minutes in yet Chelsea continued to look sluggish and Kepa made two outstanding saves in six minutes. The difference between the teams was such that they were able to hold on, but it was more difficult for Chelsea than it probably should have been.

It should also be added that making things more difficult for themselves than they needed to be has been something of a running theme for them over the last few weeks, comfortable wins against Tottenham Hotspur notwithstanding.

Tottenham have gone six games without a goal against a single opponent for the first time in their history.

547 minutes without a goal against Thomas Tuchel's men. 😩 pic.twitter.com/rwGuQXvwvf

So Chelsea are through to the final, where they will play Palmeiras in Abu Dhabi, and the winners will be able to call themselves the club world champions for the next twelve months. That means something in South America but Europe has chosen to continue to focus its interest elsewhere, with the Club World Cup in all its forms being little more than an afterthought in the public consciousness. How Chelsea supporters come to remember the 2021/22 season will not be determined by whether they win this tournament or not.

But the difference in resources between European and South American clubs has never been starker. South American sides won the World Club Championship in 2000 and the first two Club World Cups in 2004 and 2005, but the Corinthians win in 2012 has been the only one since and no South American team from anywhere apart from Brazil has ever won it. The absolute dominance of European teams over the decade since leads to the obvious conclusion that there might not even be any need for a world club champion to be determined, but would there be another way of determining it that could catch hold in Europe?

The answer to this is probably yes and no. On the one hand, a bigger tournament, perhaps with 32 clubs, could have space for the smaller confederations while also having a competitive tournament to determine a legitimate world club champion, and greater legitimacy would likely lead to greater interest in Europe. Cynics would argue that more prize money or a share of a greatly increased broadcasting contract would, too.

But there are problems with this. The football calendar is already filled to the brim and FIFA themselves still intend to engorge their bank balance further by switching to a biennial World Cup for national teams. With biennial tournaments for both men and women, this would mean a World Cup every year. Meanwhile, there’s also the European Championships to take into consideration, as well as big clubs’ increasing commitment to lucrative pre-season tours.

Where, exactly, could a revamped and expanded World Club Cup sit in football’s already bloated calendar?

A further issue would be getting the clubs onside, but that would be a whole other can of worms. Some of the biggest ones remain at loggerheads with UEFA, but it is still most likely that if they are to break away, it will be some sort of elite super league of their own rather than tournament football with the involvement of minnows at the behest of FIFA. And that’s before we even consider the question of whether it could be done with the agreement of UEFA, when it’s likely that they would consider it a landgrab against their Champions League cash cow.

It is ironic that, in an age of rampant globalisation, the borders erected by football itself and the already existing inequalities within the game itself are probably the biggest barrier to a globally successful club world championship.

A decade ago, when Corinthians became the last South American side to win the Club World Cup, they beat Chelsea by a goal to nil in the final. This tournament remains the one that Chelsea have never won, and perhaps that will motivate them to a better performance in the final against Palmeiras. On the evidence of a semi-final against well-organised but limited opposition, they’ll have to improve considerably if they’re to complete their clean sweep of club football’s silverware.