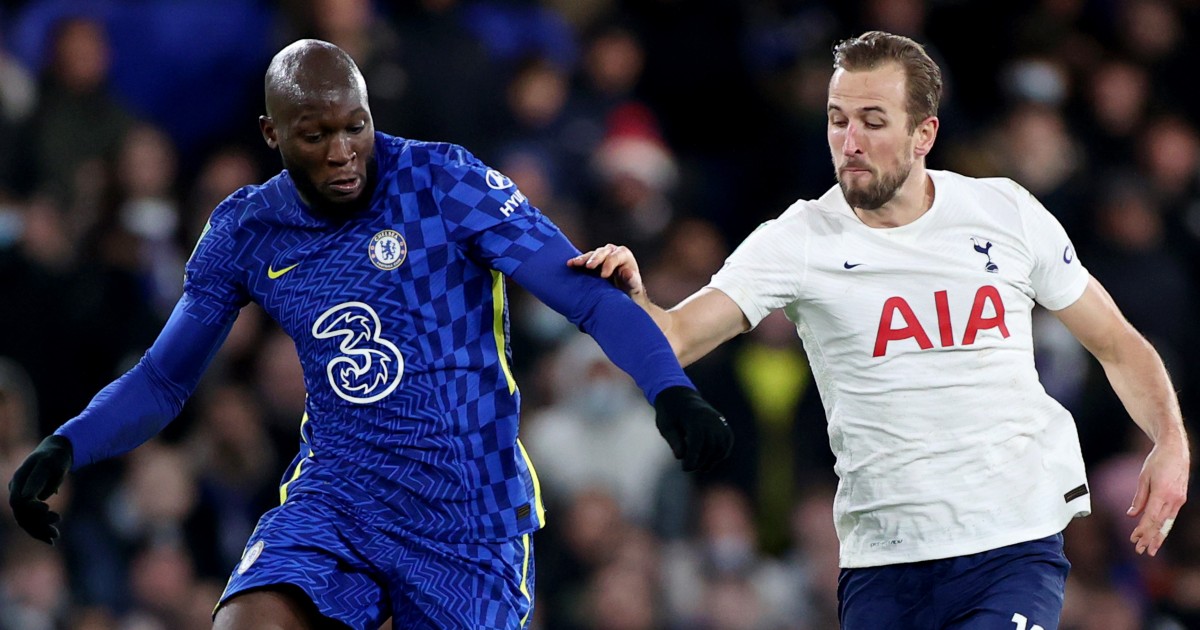 Chelsea should be the favourites as hosts, European champions and the highest team in the table, but Tottenham seem well-placed to beat them.

Manchester United awkwardly stumble on under Ralf Rangnick safe in the knowledge a clean slate will come this summer. Everton prepare to appoint a new manager and begin the cycle of incompetence afresh. Arsenal and Tottenham Hotspur are moving in the right direction. Manchester City have sewn up the Premier League title but Liverpool are still more than enjoying life under Jurgen Klopp.

Things are quiet. A little too quiet. Football thrives off crisis and despises a vacuum, ready and waiting to create catastrophe out of nothing, and as we mercifully approach the end of winter there is one candidate that seems ready to step forward as the panic-stricken, spiralling, meltdown club of the moment.

Chelsea have won just one of their last seven Premier League matches and, given Romelu Lukaku’s public outburst and Thomas Tuchel’s visible frustration on the sidelines, if it had not been for their Carabao Cup semi-final win Chelsea would perhaps already be in crisis mode. They are certainly teetering; defeat to Spurs at Stamford Bridge on Sunday would feel like an important, symbolic moment.

It would put Tottenham within five points of Chelsea with four(!) games in hand, sucking the hosts into a top-four race and reminding supporters of how good things felt under Antonio Conte – the last manager to win Chelsea the title. This season marks five years since the club were last even in a title race, an unprecedented length of time in the Roman Abramovich era and enough to put any manager under pressure. Tuchel should never have been expected to challenge in 2021/22, but the Premier League is an unforgiving division and Abramovich remains more cutthroat than most.

Short-term managerial appointments have been highly successful ever since Roman Abramovich bought Chelsea.

Think I can speak for the majority when I say we want Tuchel here for the long run. pic.twitter.com/WzIJbNUtdN

A Tottenham win would not be the catalyst for a full investigation but it would accelerate the process – particularly if, as we can reasonably expect, the game will be a psychological battle as much as a tactical one. Chelsea are on a dreadful run and look bereft of confidence or creativity; Spurs just came back from 2-1 down to beat Leicester City in the most absurd, joyous, bobble-hat-hurling way imaginable.

Tactically, Tottenham do have the upper hand despite Chelsea’s back-to-back wins this month in the Carabao Cup. Conte’s side played a lot better in the second leg after moving from a 3-4-3 to a 3-5-2, introducing a third central midfielder to provide extra control in the middle. He also dropped his team a little deeper to play more obviously on the counter-attack, which is effective against Tuchel because it negates the German’s own desire to use this method. On home soil, Chelsea will ‘win’ the majority of possession, which is to say they will lose the possession battle.

Chelsea’s only truly successful mode of attack in recent months has been incisive vertical passes in behind, the sort that Tuchel would ideally like to play all the time but they have limited use outside Germany. Teams just don’t press high enough, nor leave enough room in behind, for Chelsea to create enough chances playing that way. Conte’s lower block, coupled with that extra midfield body, should stunt Tuchel’s attacking lines on the whole.

In both of the Carabao Cup semi-finals, as well as the 1-1 draw with Brighton, Chelsea deployed a new hybrid 4-2-2-2/3-5-2 formation, which swings between the two based on phase of play and position on the field: to go from 4-2-2-2 to 3-5-2, Cesar Azpilicueta moves from right-back to centre-back, Hakim Ziyech moves from right inside forward to right wing-back and Mason Mount moves from left inside forward to central midfield. The main advantage of this system is its complexity, which makes it tough for opponents to track the movement of key players – particularly Ziyech as he moves from in to out to in again.

But again, Spurs moving from 3-4-3 to 3-5-2 helped block this, as the extra midfielder – camped within the regimented rows – squeezed out the gaps Ziyech had exploited in the first leg. What’s more, the way Brighton outplayed Chelsea showed the formation switch has done little to sort out the misfiring connections in the front line.

And so this is likely to be a low-scoring game as Chelsea huff and puff against the Spurs blockade while the visitors, posting just two forwards to get in behind, struggle to find space around a strong three-man (or four-man) Chelsea defence.

If we are to see the deadlock broken it will most likely be down Tottenham’s left. A big part of Conte’s tactical plan is to pull the play over to one side before switching to a free wing-back on the other, and Sergio Reguilon is considerably more dangerous than Emerson Royal. It is plausible that Reguilon will work out how to exploit Azpilicueta’s dual role and take advantage of Chelsea’s narrowness when they are in a 4-2-2-2 shape.

Finally, the indirect battle between Lukaku and Harry Kane is one to watch. The former is hopelessly out of form but should improve if Tuchel partners him with Kai Havertz (the experiment with Callum Hudson-Odoi up front against Brighton went badly wrong), while Kane is slowly getting back to his best. The way he slipped in Steven Bergwijn for the winner against Leicester on Wednesday evening shows Spurs are learning how to counter with the razor-sharp precision of a true Conte team.

That threat alone should make Tottenham slight favourites. Far more important is the psychological mismatch that threatens not only to extend Chelsea’s poor run, but to drag Tuchel into danger three days before his one-year anniversary.