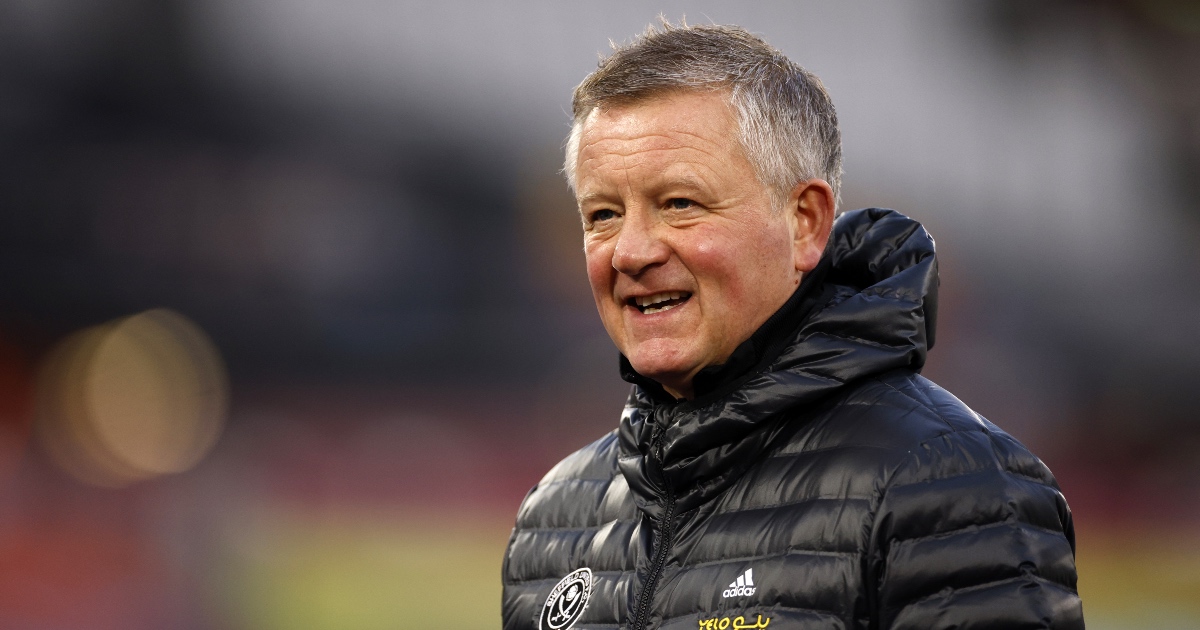 To the uninitiated, Middlesbrough replacing Neil Warnock with Chris Wilder may look like the pot calling the kettle a former Sheffield United manager, but this could be a managerial masterstroke to lift Boro out of their current malaise.

Record-breaking Neil Warnock has had a glittering career in the EFL. But if the Riverside Stadium gig is to be his Football League swansong, then it has been a disappointingly low-key final act. A parting of the ways was necessary. This marriage of convenience between a club eyeing promotion and an individual with the best tools for that job desperate to add to his own personal tally of such success has reached an amicable end, but neither party will be looking back on their time together with much fondness.

Instead, Middlesbrough have brought in a newer, fresher, younger and more desirable model to help them achieve their happy ending. In a Championship season with few clear front runners for the play-off positions, an ever-changing glut of clubs trading positions in the top six on a bi-weekly basis means that more sides than not are only a good run of form away from establishing themselves in the promotion race.

Warnock had the history of making clubs greater than the sum of their parts, and few can match his managerial record. Despite the plaudits Wilder has received in recent years – up until it all unravelled at Sheffield United alongside the start of the coronavirus pandemic – he is best suited to moulding clubs in his own successful image. Warnock is the superior at getting the basics right, but Wilder will make the most of getting this bland Boro side into something resembling his own incredible managerial skillset.

It is easy to focus solely on that superb era at Bramall Lane, in which Wilder took Sheffield United from the pits of League One to the top half of the Premier League in three years, but to be entrusted in turning around the fortunes of his boyhood club stemmed from arguably even more impressive jobs.

From humble beginnings at the turn of the millennium with Alfreton Town, winning four trophies in seven months in charge, to sticking it out with Halifax Town for six years through to their liquidation. In 2010, he took Oxford United back to the Football League via the play-offs and an exciting brand of football before making the switch to local rivals Northampton Town, where his achievements on and off the pitch started making national headlines.

Despite turbulent financial issues threatening to extinct another Wilder club, he guided the Cobblers to one of the most successful League Two seasons in history, defeating almost all who came before them on the way to being fourth tier champions with a 100+ point haul in 2015/16. Wilder would not see Northampton into League One, with Sheffield United proving too good an opportunity to turn down, despite being in the same division as the ‘Shoe Army’.

But it proved to be by far the overwhelmingly correct decision, as, after a bumpy start, Wilder pioneered the 5-3-2 formation in the lower echelons of the Football League, adding in his own spice of overlapping centre backs in the Championship and Premier League campaigns. There is nary a club he has represented as a manager where he has not left with either the best wishes, having left the club in a far better place than he found it, and more often than not, both.

Middlesbrough will now be hoping for more of the same. Warnock has left with respect for a career that went before his spell on Teesside, but with little to absolute zilch in the way of fond memories from his stint in the north east, leaving Middlesbrough very much where he found them; midtable, inconsistent and without much in the way of a way of playing.

In the summer, we wrote of how Warnock had put together a team in his own mould, but the results were not the same as they so often have been for ‘Colin’. Every manager has clubs they are suited to and those they are not. Despite it not working out as either party had hoped, the appointment of Warnock initially looked a clever one. At times even in recent weeks, it threatened to be so again.

But like so many of their counterparts this season, Middlesbrough have largely flattered to deceive. Where Warnock was supposed to bring nous and marginal gains through his experience and mind games, he largely stagnated. Wilder is a man who does not believe in stagnation. He is a manager who has never been afraid to take risks and make his teams into the best they can be. Once that stops, he is out.

He arrives to find a largely functional side struggling to get that little bit extra over too many of their opponents. It is not yet certain we will see a return of the 5-3-2 and overlapping centre backs that Wilder held so wilfully during his time in South Yorkshire; he has championed many effective combinations and tactics over his last two decades in management, all with great success.

What both he and Middlesbrough have to look forward to is the excitement of possibilities once more. Middlesbrough have been mired in second tier midtable for the best part of a half a decade since their one season sojourn in the Premier League with Aitor Karanka, while Wilder was so badly hurt by the fallout of his time with his boyhood club that a break from football was badly needed.

West Brom were chasing his services in the summer before opting for another manager in South Yorkshire, but Wilder knew it was best to wait. At Middlesbrough, expectations are significantly lower. Wilder has always excelled with an underdog, and that is just where Middlesbrough are at currently. A team with a high work ethic mixed with some superb flair players offers much in the way of anticipation, with the right man to coax it out of them.

Instant success is not guaranteed; nor is any success at all. But Middlesbrough have made another sound appointment in double quick time which gives this season hope and meaning once more. Wilder has found a club willing to back him after taking the well deserved break he needed after such a tiring time at Sheffield United. In each other, both parties could have found a route back to happier times.