Home F365 Says Clive Tyldesley: In Gareth we trust so let the bandwagon be jumped 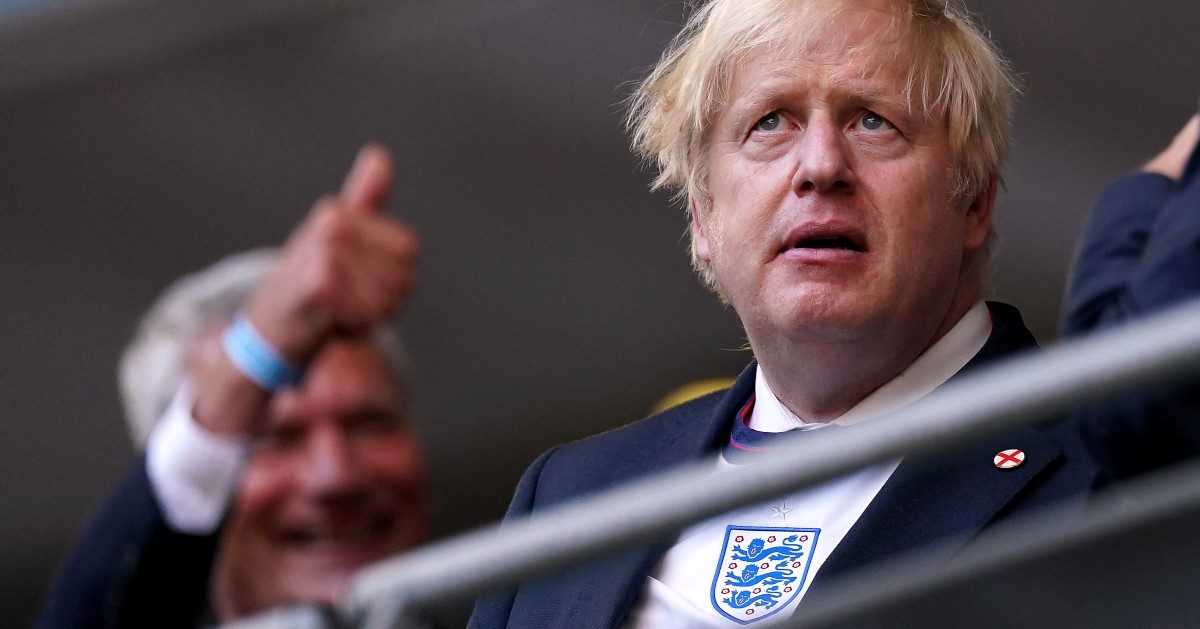 Gareth Southgate has earned the faith of Clive Tyldesley and the rest of us. Let the same old faces jump on the England bandwagon if they must.

Jacob Rees-Mogg has found sport again. This must be big.

Of all the bizarre words spoken, shouted and ranted in tribute to a less than clear or obvious penalty, the sight of the Leader of the House rising from his reclining Commons bench to recite John Barnes’s celebrated rap takes the hobnob.

But then there are still two days to go to the final.

Rees-Mogg is one of about 50 million English citizens that extol the virtues of Gareth Southgate and proceed to behave nothing like him.

I, myself, was out of the door en route to Wembley in my newly-purchased XL England replica shirt with ‘Clive’ printed above the number 10 on the back, when my wife – a PR advisor – called after me, ‘don’t wear that, you look a twat’. If only we all had a partner like that.

As perennial football followers, we get a little miffed when tourists move into our village for the summer. The first thing you learn as a commentator is that everyone and everything in football is a matter of opinion apart from the score. Voicing your opinion without a gram of thought is the crime, particularly when you are handed a microphone and an audience of millions. I’ve been there.

Southgate is the one. Maybe the only one. His leadership, his statesmanship, his sense of patriotism and his sense of responsibility are beyond reproach. While all around him close their eyes when they think of England, he keeps his pupils trained on the target. He doesn’t shoot until he’s taken aim. He doesn’t speak until he’s thought it through. He doesn’t act until it will make a contribution.

That is what defines him as the man for this moment, the antidote to this age of judgement, hyperbole and cancelling. He makes a difference or he keeps his counsel. It’s the pauses for thought that create great commentary.

When Gareth felt the need for a new variant midway through extra-time, he didn’t give Jack Grealish a few days’ notice to complete his tricks collection ahead of an arbitrary deadline. He didn’t wait a weekend to see if the heat might die down. He replaced him without hesitation or excuse. And some thought Gareth might be too nice.

He is certainly far too nice to deserve the ritual abuse that would have cascaded around him had the switch to a ‘back five’ not worked. The hook of football is that the margins between Sweet Caroline and Southgate Out are as fine as a VAR line. If Thomas Muller scores, the whole narrative around Raheem Sterling changes in that instant. If Kasper Schmeichel hangs on, then the public stocks are being erected for Harry Kane before the final whistle. As Gareth takes responsibility for trying to set the mood of a nation, we sing his name so loudly that we drown out the sanity he is trying to maintain.

And if this bubble bursts before 10 o’clock on Sunday night, we will hold him totally responsible. Next stop Calvary. We will just need to nominate a couple of thieves to nail up either side of him. No wonder Jordan Pickford looked a bit jumpy again on Wednesday. Jordan, it could be you. Trent Alexander-Arnold, it’s not you.

This is our responsibility now. Not Gareth’s. Let him get on with picking and preparing the team. Either way, either outcome, he’ll be the England manager for a while yet. I know him well enough to have written a few thousand words about him for my book last year and, six unique months on, I wouldn’t change a sentence. What you see is what he is.

The responsibilities for taking a knee or respecting an anthem or following Covid protocols are actually not his. He is sufficiently invested and intelligent to offer a view and to represent his squad’s feelings but how we live and love this weekend is down to each and every one of us. It really won’t change our lives.

So before you mock Rees-Mogg and his ilk for clumsily climbing aboard the bandwagon, ask yourself how much you’ve done to propel it to its current breakneck speed. Euro ’96 was a summer of love until we started torching German cars in our streets after the semi-final. This event doesn’t need any more rehearsed rhetoric or spouted verbosity. It’s running a fever already.

The most depressing aspect of Rees-Mogg’s rank opportunism was the banal ‘Here heres’ mumbled from stale, stolid colleagues in the chamber. Don’t just join in the chorus. Find the Southgate in you.

If you truly trust Gareth, show it.