Home Newcastle United What constitutes success for Newcastle? And how worried should Eddie Howe be? 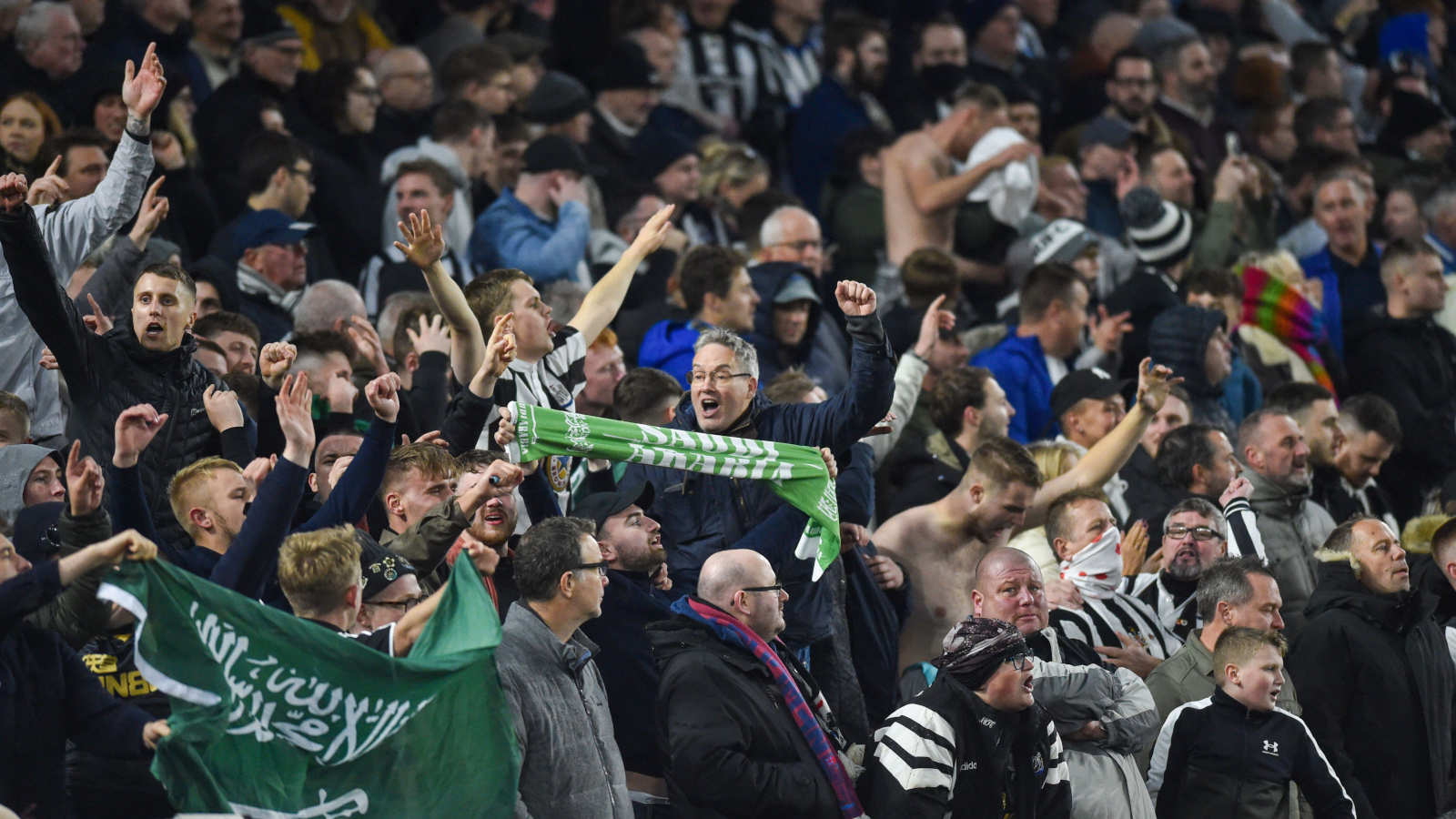 Newcastle supporters will be going into the new season full of confidence, but what constitutes success after all that money spent?

If nothing else, the fog on the Tyne certainly seems to have lifted. There are few clubs in the Premier League whose supporters are as happy as those of Newcastle United. That’s the power of an awful lot of money. But for all the plaudits thrown at Eddie Howe’s team, the suspicion lingers that the second half of last season was a free hit and that this season is when the real tests begin. Taking a team from 19th to 11th place is one thing; taking a team from 11th towards the rarefied air of the top of the table is something else altogether.

But while everybody expects Newcastle to continue to improve, the question of how much they can improve remains somewhat elusive. The top four feels like a stretch. Newcastle finished 22 points behind Spurs at the end of last season, and of the clubs who finished below the top two at the end of last season, Chelsea, Spurs and Arsenal have all been busy in the transfer market, while Manchester United surely won’t be as bad again next season.

If we assume that Manchester City and Liverpool will retain two of the available places, the idea that Newcastle have improved that much more than the teams who occupied at least the top six positions last season seems fanciful. West Ham certainly look vulnerable; this team that has sparkled so much over two years is surely due a tailing-off.

That makes a top seven place sound achievable, so can Newcastle get that high? This sounds more than just ‘achievable’. Considering all the money that has already been spent, it’s pretty much where the minimum expectations for them should lie. The £90m they spent in the January transfer window was the most of any club in Europe, but this doesn’t mean that they didn’t get value for money. When that transfer window closed on February 1, they were in 17th place in the Premier League. By the end of the season, they were in 11th. Not only did that ensure another year of Premier League money – Newcastle received £131.9m in TV and prize money – but at £2.2m per position, finishing 11th was worth £13.2m alone over finishing 17th, which was more than the cost of a Kieran Trippier.

But all of this does start to raise questions about Eddie Howe’s future with Newcastle. At most clubs, Howe’s achievement would have rendered him pretty much bulletproof for the season to come, but Newcastle United in 2022 categorically aren’t most clubs. Dripping with Saudi money, it’s difficult to even quantify what expectations are for next season, but it’s also difficult to believe that there is no requirement to significantly improve the team’s performance. And while we’ve all seen Eddie Howe keeping a team suspended above the Premier League’s relegation zone before, no-one has seen what he’s like when his team is expected to push in the direction of its top six.

When a lot of money is being spent, expectations start to rise, and when expectations start to rise, it’s easy for them to get out of control. Hands up, for example, all those who remember the claims being made that they should sign Kylian Mbappé? This is, of course, from the extreme end of a spectrum, but it proves what should really be a fairly obvious point. At any club that has spent significant money, the manager is usually (not always, but usually) in some element of peril. The money being spent on Newcastle at the moment might well be chump change to the PIF, but it is still a lot of money, and if expectations are not met it’s difficult to believe that they wouldn’t be as trigger-happy as anybody else. Reputations are seldom laundered from mid-table.

And it’s hardly as though other managers wouldn’t be interested in the role. At the time that the position was just about to become available last year, for example, Jose Mourinho was in the media explaining his ’emotional connection’ to the club as a result of his time working with Bobby Robson at Sporting CP. We might expect Mourinho to be a little more settled at Roma now that he’s won the Europa Conference League, but this rumour has proved to be surprisingly sturdy throughout this year, regardless of Newcastle’s improvement and Roma’s silverware.

Is this sort of speculation unfair? Probably, a bit. After all, Howe has a win rate of 46.4% since taking charge of the club, and that puts him in a similar league to Sir Bobby Robson, but Kevin Keegan managed 55%, and he managed that over a period of five years. But with the financial backing Howe has got, that sort of number perhaps should be where he is targeting for next season. In the Premier League, a 55% win rate would equate to 21 wins. Add a few draws to those win and you’re at 70 points, which would have been enough to put them fifth last season. That doesn’t seem an unreasonable target to shoot for. It’s a stiff target, but that’s one of the costs of having all that money. On the overall spectrum of fairness, it doesn’t come anywhere near balancing out having that huge advantage in the first place. Pre-season betting indicates Howe to be one of the most secure managers in the Premier League. That will not be the position indefinitely. Last season was a challenge overcome with style, but that upward trajectory is expected to continue next season. Simply put, Eddie Howe is going to need to keep on winning.