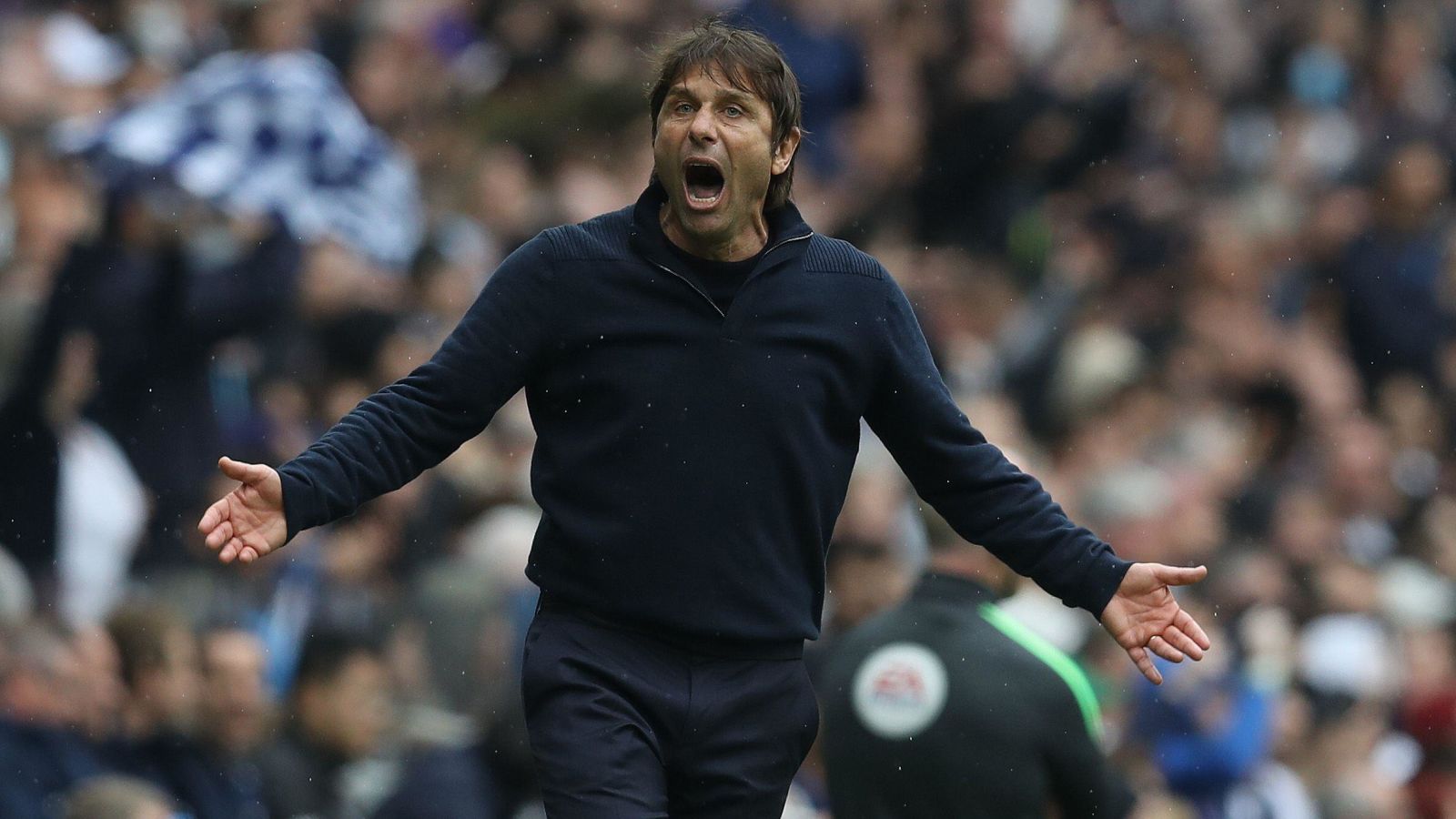 Taking this Spurs team to fourth in the league is one thing, but it increasingly looks like Antonio Conte has done something even more impressive: changed Daniel Levy’s way of thinking.

For better or worse, very few people in football win a battle of wills with Tottenham’s famously ‘different’ chairman, a man whose stubborn approach to running a football club has delivered financial security and world-class facilities but only ever nearly a team to match.

This summer might just be the one to change that. The signing of Ivan Perisic is eye-catching for several reasons. First and most obvious, it’s a very Champions League signing and a very Conte signing. It’s impossible to think he would have joined Spurs if they were either outside the top four or managed by anybody else. In his first in-house interview he spoke with a smile about watching the Arsenal game and knowing then what came next for the club and by extension for him.

He has won league titles in three countries, scored goals in the semi-final and final of a World Cup and most importantly, for all the experience he brings, has shown no signs of slowing down at 33. Arguably his last two years at Inter – the first of them under Conte – have been the best two years of his career.

Fifteen of Europe’s leading players available for FREE this summer, from Gareth Bale to Luis Suarez

Perisic is precisely the sort of player – perhaps even the specific player – Conte was talking about when he vented his frustration after the January window closed.

“Tottenham are looking for young players, players to develop, not players who are ready now. That is what it comes down to.

“It is inevitable that if you want to grow faster and if you want to be competitive more quickly, you also need players with a lot of experience, because they can also lead to an increase in experience across your team.”

As it turned out, the January arrivals of Rodrigo Bentancur and Dejan Kulusevski were transformative and Spurs would probably not have finished top four without the former and definitely not without the latter. But that doesn’t mean Conte was wrong. The key word is “also”. He’d have liked to see it in January, but this is still pretty handy. In six months Spurs have signed three players who improve the starting XI and they are 22, 24 and 33.

That seems like a perfect mix of Levy’s long-term pragmatism and Conte’s short-term desire, and it’s a blend that didn’t look achievable not that long ago. In the early days of February, Conte appeared resigned to the Spurs Way, the Levy Way. But now…

It’s a long time since Spurs signed someone like Perisic; you probably have to go back to Edgar Davids for a player of comparable standing at a comparable stage of their career.

But it’s not the signing itself that marks the shift. A free transfer, a two-year deal and wages that don’t break Spurs’ current structure all fit within Levy’s model. What is less normal for Spurs is the timing. It’s a major piece of summer recruitment, a significant box ticked, before the end of May. And there is the promise of more to come in the coming weeks.

That’s huge, because the value of any Spurs signings getting a full Conte pre-season cannot be overstated. The scale of improvement in Spurs’ ability to deliver the precision required of Conteball over the closing months of the season when they were mainly down to one game a week was stark; a whole pre-season should deliver even better results but only if all the key elements are in place.

The really huge change at Tottenham is owners ENIC injecting £150m into the club. That’s unprecedented. Even more than making proper significant signings before the dust has settled on the season, that marks a significant shift in the way Spurs operate. Nothing like this has happened at Spurs in over 20 years under their current owners, and they do now have plenty of FFP headroom to exploit.

Levy appears to have assessed the current situation and decided for once that the prudent decision now is to strike. To invest in the first team for now rather than planning for a future that may never come. Like the signing of Perisic, it is both bold and off-brand but also when given any thought really the safe and sensible option.

The last time Spurs had anything like this opportunity, the new stadium took up all the available bandwidth and resources.

Now Spurs have the chance to make that sacrifice worth it. Mauricio Pochettino was a more pliant manager than Conte. He grumbled, sure, but he was never anything like as vocal as Conte about his grievances, nor so overtly willing to just f*** off if he didn’t like where things were heading. Spurs and Levy grew complacent with Pochettino. Levy seems to realise he can’t make that mistake again; in any case, Conte won’t allow him.

Spurs, unexpectedly and thanks in part to the meltdown at Manchester United, have another chance to catch a ship that appeared to have sailed a couple of years ago. They are back in the Champions League. They have an elite manager who can deliver success and attract top-tier players. Neither of those things are certain to be around for long. They also have a stadium and facilities that demand Champions League football. They have Harry Kane and Heung-min Son in what will surely be their peak years.

Even for someone of Levy’s reputation, hard-earned over two decades in N17, the question is clearly not ‘Can Spurs afford to go for it?’ but rather ‘Can they afford not to?’ Really, if Spurs aren’t going to have a pop now, when will they ever? Audere est facere and all that.

The speed of change at Spurs over the last six months – even over the last three – has been faster than the change in Conte’s hairline. And it’s change so profound it has created a perfect storm of opportunity that has derailed two decades of thinking around how this club is run.

It’s Spurs, so you know the bum’s rush is almost certainly just round the corner, but for now things look remarkably promising for a club that appeared destined to slink back to the mid-table morass after its flirtation with the top table.

Now they are making statement signings before May is done and that is almost certainly only the start.