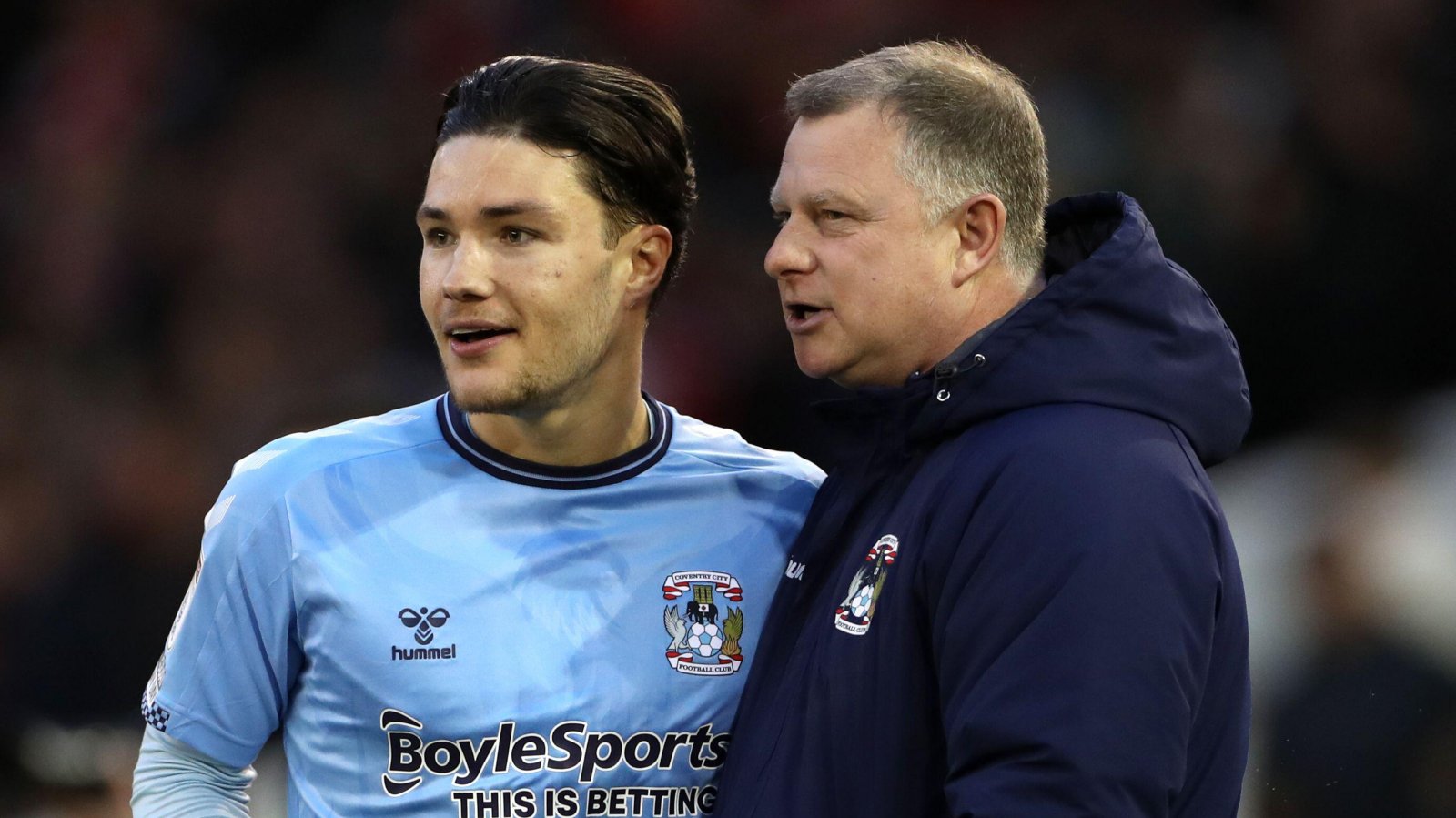 Their unlikely promotion charge is over but Coventry City have a phenomenal season to look back on and the brightest of futures ahead.

For many fanbases, the dashing of play-off dreams this late into the season would land somewhere on a bitter scale from crushing disappointment to ‘[insert manager X] out’ memes littering replies to every social media post put out by the club. In the case of Coventry City supporters, Wednesday night’s defeat to Nottingham Forest likely put paid to any chance of promotion. But it matters not when considering the resounding success of this campaign.

Even the most optimistic of Sky Blues’ fans could not have foreseen Mark Robins’ side legitimately challenging for a place in the Premier League so deep into the season. A four-game winless run since hitting Sheffield United for four almost a month ago has left Coventry eight points off the Blades in sixth place with just six games remaining.

Coventry’s chances of being in the top six were not fleeting. They were there for the majority of the first half of the season, but have not returned since dropping out towards the end of November. Since then, they have flirted with those positions but remained on the periphery. QPR and Blackburn were the middle of the season’s dark horses and Luton Town are the underdogs finishing in style; Coventry got the ball rolling in giving us hope of an unexpected team making their way to the top flight.

Best season we've had at the Ricoh.
Some unbelievable games up there throughout the past 10 months.
I've got memories of games with my boys and mates that we'll never forget.
Mark Robins and the team have done us proud.

The use of the word ‘team’ there is important, for Coventry as a club should not be a surprise for promotion. Yet their recent history has been anything but straightforward. Only half a decade ago, the Midlands club were in League Two. This time last year, they were still exiled in Birmingham, trapped in a stadium to which they return as visitors over the Easter weekend. It will be a stark reminder – not that it’s needed – of just how far Coventry have come in a short space of time.

Promotion has looked an outside bet for a few months, but that is small fry compared to a fanbase having its club back. The progress is steady yet majestic. Two promotions in four years and a solid first season back in the Championship last time out have given great cause for celebration, and this campaign has had many magical moments.

There is some sweetness to the fact that Coventry’s season of hope was bookended with fixtures against Nottingham Forest. The last-minute opening-day victory over Chris Hughton’s side showed this was a side with stardust in their boots before defeat to the same opponents this week effectively ended promotion hopes.

But when we all look back on this campaign, it is the spirit of the former which will bring many more memories to mind: the 98th-minute winner against Reading in August; Matty Godden’s November injury-time strike against Bristol City; two goals in the final five minutes to snatch a draw at Bournemouth; a 93rd-minute leveller at Huddersfield; another late winner away at Reading; a 1-0 win with the deadlock broken three minutes into injury-time at home to Barnsley; a late winner at Bristol City; and injury-time equalisers against Preston and Blackburn. It has all added up to an amazing season. That’s not even including the 4-1 home victory over Fulham back in October.

In many ways, that never-say-die spirit exemplifies a club who have fought back from the brink to re-establish themselves in their city at a stadium that isn’t quite theirs. There are plans to find somewhere more suitable and beneficial than the Ricoh Arena in the medium to long-term, but the going is very good right now.

Next season, it is important that Coventry address some of the issues within the squad to continue their perennial progression over the last five seasons. Strikers Viktor Gyokeres and Godden have both reached double figures for goals, but no other Coventry player has scored more than three times.

More defenders have reached that tally than midfielders, going some way to showing that beyond the front two, Coventry do not have attacking players on whom they can consistently rely. Godden has only managed to play 24 times due to a variety of injuries and lack of early form. Having a regular source of goals beyond the strike force is crucial in progressing further, while a deeper squad will be useful in plugging gaps or changing systems when the going gets rough on winless runs such as the current one.

But all that matters little when taking into account that this season has been exactly what it should be for football fans: fun and with plenty of memories made along the way. For a fanbase who have suffered so much in the 21st century, the present and future are looking particularly bright for the Sky Blues.