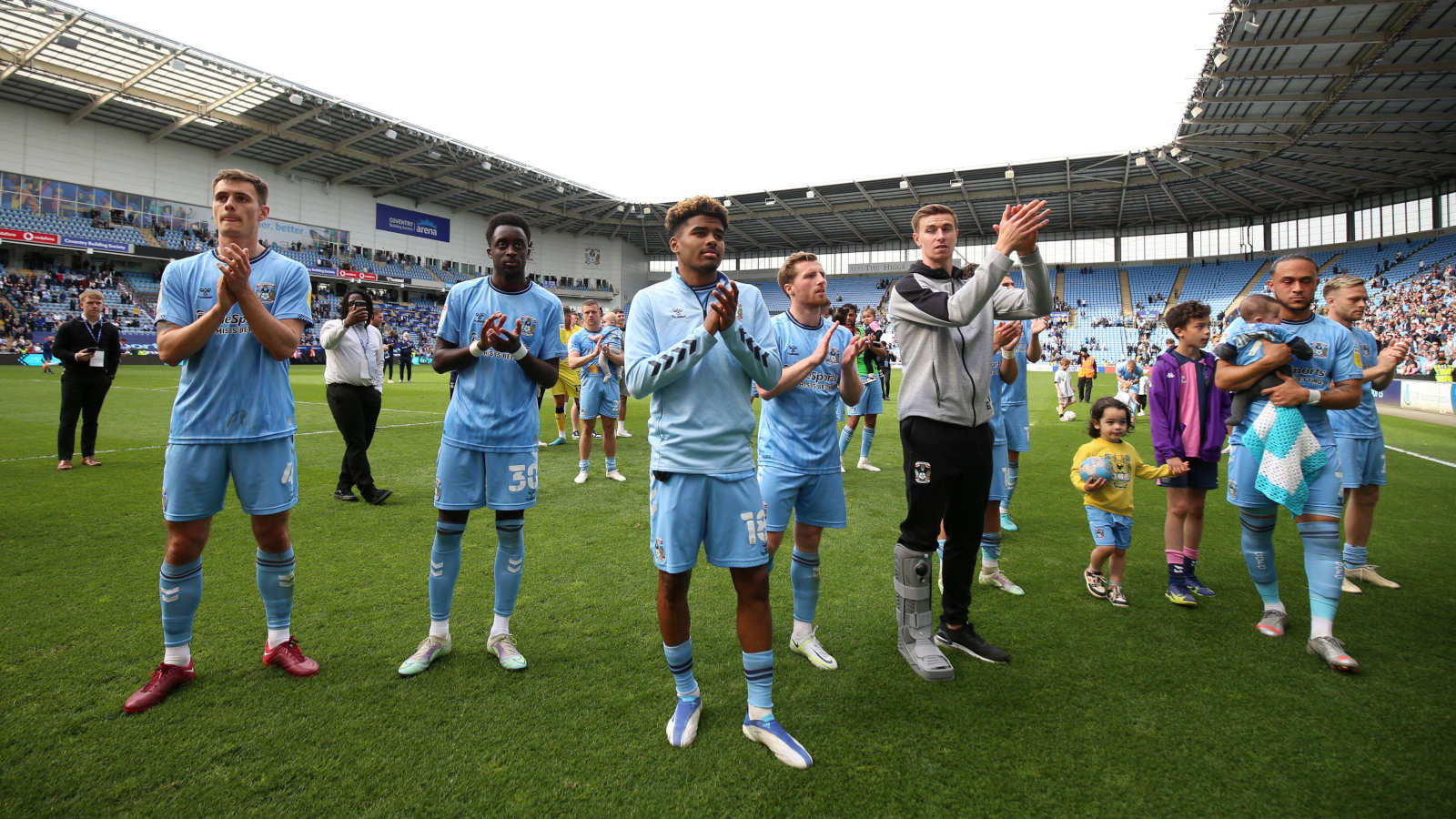 Coventry City and Rotherham United fans have been left high and dry after Coventry’s pitch was declared unplayable on Saturday evening.

So it’s the start of the new season and over the weekend, for the first time, there was an almost complete set of results to pore over. Everyone in the EFL has now played two games. Everybody except for two clubs, that is.

The match between Coventry City and Rotherham United became one of the earliest match postponements in the history of English football on Saturday evening, after the pitch at the Coventry Building Society Arena was declared unplayable and unsafe.

Coventry City are tenants of the Arena, and the story of their relationship with this stadium is one of the most fractious around. Built to replace Highfield Road in 2005, the Arena has never been fully owned by the club, being originally owned by Arena Coventry Limited (ACL), a group jointly owned by Coventry City Council and the Higgs Charity.

In 2012 the club’s owners, a hedge fund called Sisu, entered into a rent dispute which placed Coventry City into administration and forced them to move out of the Arena to play their home matches at Northampton Town’s Sixfields.

Agreement was reached for them to return in 2014, but the club moved out again in 2019 after a failure to reach terms at the end of their five-year agreement. But by this time Coventry City were no longer dealing with ACL. The stadium owners had sold out to the Wasps rugby union club, who moved from High Wycombe to Coventry to take up residence there.

After two years away, agreement was finally reached for Coventry City, whose owners have spent ages talking about building the club a new stadium with little having come of it, to return last year.

Over the course of this time, Coventry City supporters were put through the wringer. Their club had spent 34 consecutive seasons in the top flight between 1967 and 2001. By 2017, they were in League Two, amid an increasingly fractious atmosphere within the club’ fanbase, as the years of bad football, financial problems and ground issues slowly built up.

But through all of these very dark times, the team did eventually manage to get its house in order. Coventry only spent one year in League Two and were promoted via the play-offs, beating Exeter City at Wembley in front of a crowd of 50,000.

Two years later they were back in the Championship as champions of League One. They’ve slowly consolidated with two mid-table Championship finishes since.

This revival has come about under the managership of Mark Robins, and Coventry supporters had reason to be optimistic ahead of the new season. They started with an encouraging 1-1 draw at Sunderland. But this issue over the pitch at The Arena has now thrown something of a cloud over that bright start.

The reason for it is straightforward enough. The Arena’s pitch has been used for rugby sevens matches during the Commonwealth Games, and this has meant that not only has nothing been done to it in terms of re-seeding following the wear and tear of last season, but the pitch has also been further damaged by repeated use during the games this summer.

But while this is an explanation for the postponement, it clearly isn’t a justification. As tenants, you’d think that Coventry City would surely have the right to expect their pitch to be in a completely presentable condition for the start of a new season; this might not have quite been the case.

The club could have arranged for their early fixtures to be played away from home. The EFL could have realised that it was a potential issue. Wasps shouldn’t have given exclusivity to the Commonwealth Games that extended into the football season. All of this should have been dealt with weeks or months before a postponement that came just 18 hours before kick-off.

There will be ramifications for Coventry City. This match will now almost certainly have to be played as a midweek fixture, and will almost certainly attract a lower crowd than it would have before. So they will be hit in the pocket.

And the fans will be impacted as well. There will be supporters for whom midweek fixtures are impossible for any number of reasons, from work to childcare, who now face one match less this season as a result of Wasps’ negligence. Some of these may even be season ticket holders, who’ve already paid for their seats and can’t make a rescheduled fixture. Fans from both Coventry and Rotherham will have made arrangements for this game which are now wasted.

So who is to blame? It’s not straightforward. A statement from the Arena said that: ‘Coventry City were understandably keen to play at home despite the extremely short turnaround following the Commonwealth Games, and Birmingham 2022 agreed to accommodate the request, despite having an exclusive tenancy agreement until 14 August’.

This only raises the question of why exclusivity was given to another party after the start of the EFL season and with an EFL Championship fixture scheduled there for the 7th.

Arrangements can be made to get around problems like this. Brighton & Hove Albion, for example, have routinely played away from home – as they did this weekend – on the same weekend as Brighton Pride for years. A winter sport playing in the summer causes issues, but if addressed in plenty of time they can be resolved.

Somewhere along the line in this case, there must have been a series of communications and badly-misjudged assumptions. Because not only is it very strange that all of this happened in the first place, but it is even stranger that the postponement of the match should have come so late. Why did it take until less than 24 hours before kick-off for this postponement to happen?

How on earth did anyone ever think these fixtures were going to be able to be played? Was a request made to play matches away from the Arena until the pitch was ready? And if not, why not?

Coventry City supporters have been short-changed enough over the last decade. They deserve a full explanation and apology after having been severely let down, as have travelling supporters from Rotherham United. Those who are now unable to make the fixture or have already paid for train tickets or had made other arrangements deserve full financial restitution.

There may well be an argument brewing over whose fault this debacle was and is. That’s all to follow, but we already know whose fault it wasn’t: the supporters. Some will be wondering, and not for the first time, for whose benefit these matches are even organised in the first place.