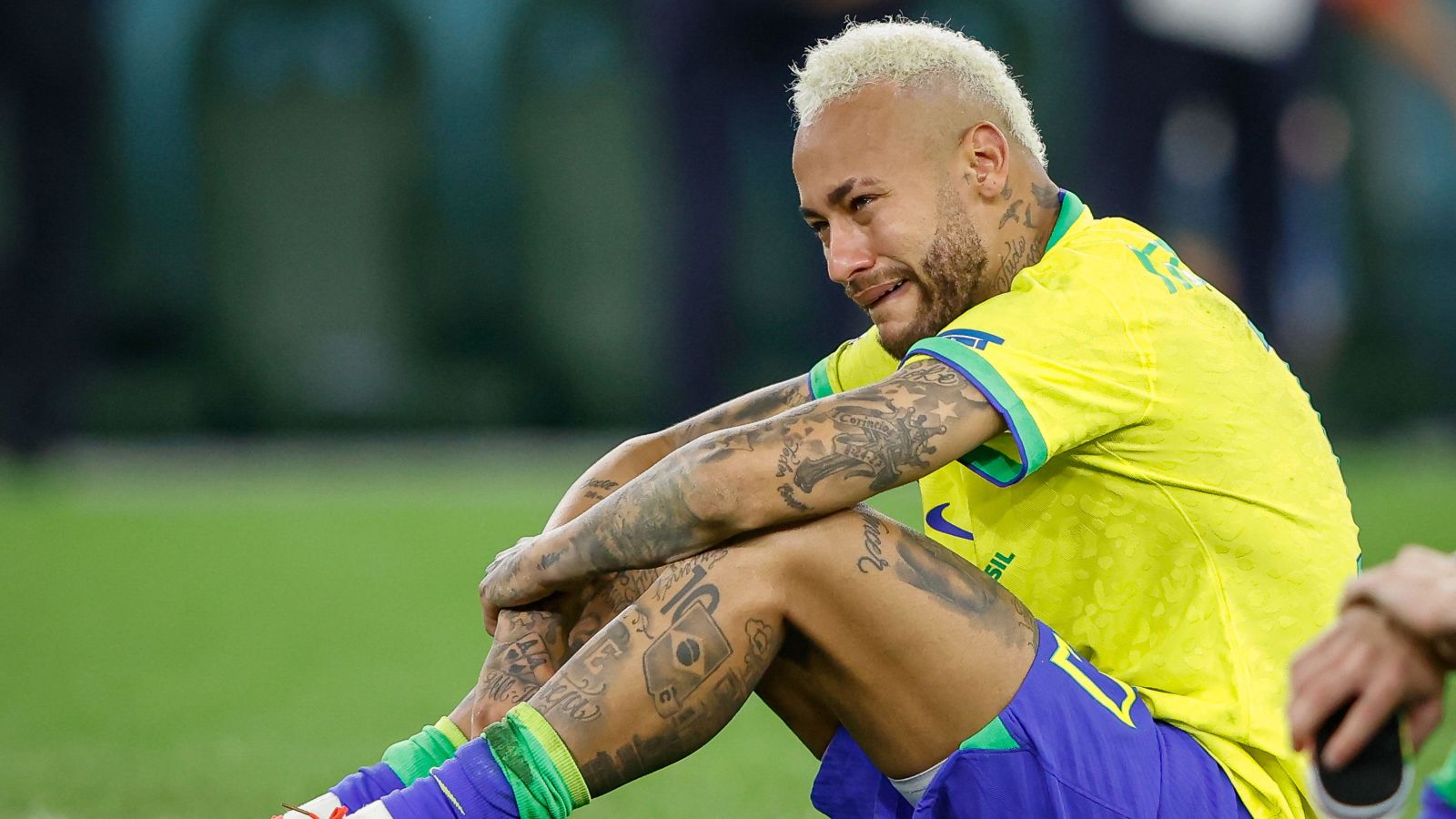 Football is a simple game. Twenty-two players run around for 120 minutes and then in the end Croatia put their foot through all their penalties.

What a genuinely magnificent and absurd achievement this is for Zlatko Dalic’s immovable object of a team. A second successive appearance in the World Cup semi-finals and the favourites stopped dramatically in their tracks.

The 800 words we’d written about Neymar’s perfect moment amidst 120 minutes of frustration and angst are now consigned to the bin, which is probably for the best. They weren’t very good, and in any case, Croatia’s outrageously unlikely win is much, much funnier and that’s what matters.

The quite wonderful goal Neymar scored after 105 minutes of Croatia Croatiaing harder and more stubbornly than they had ever Croatiad looked sure to be his big moment. A goal that took him level with Pele on Brazil’s all-time list to take them through to the last four. It was ideal.

Instead, the focus now lands on the wisdom of him being designated as Brazil’s fifth and final penalty taker in the shoot-out. It may be the glory penalty, but only if you actually get to take it. By then four perfect Croatian penalties and a save from Rodrygo had left Marquinhos with the Selecao’s entire tournament resting on his spot-kick, which thudded back off the post Orsic had slipped his penalty just inside moments earlier.

These are the margins at which Croatia operate. An inch here, a millimetre there. Even their equaliser on a well-worked counter leant heavily on a deflection – Marquinhos again, the poor sod – that sent it arcing just out of Alisson’s reach.

But it works for them. They refuse to buckle and refuse to accept they are beaten. The headline number about Croatia will always be the population of a mere four million, about a million of whom somehow appear to be professional standard footballers.

The numbers around their two successive runs to the last four (at least) are utterly bewildering, though. In 2018 they became the first team ever to reach the final having trailed in all three knockout games to get there; they’re one match away from repeating it. In five matches in Qatar, Croatia have led for precisely 46 minutes. Against Canada. World. Cup. Semi. Finalists.

They’ve reached a World Cup final and now a semi-final and in those five knockout matches managed to actually beat only England, and even that in extra-time. In both Russia and Qatar, they have got through the last 16 and quarter-finals on penalties. Increasingly the thing that stands out is not how this keeps happening but the fact they won all three of their group games in 2018 – something no team managed this time around.

As ever, they knew exactly what they wanted to do and how they wanted to do it. And while the stats and narrative will tell you this was another classic Croatian bus-parking heist, the first half actually told a different story.

Croatia were quite adventurous in those first 45 minutes, playing with verve and getting on the front foot on a pretty regular basis thanks in large part to the continued stylish brilliance of Luka Modric, football’s answer to James Anderson, and the impetus and pace provided to the famously ancient Croatian line-up by Josip Juranovic’s frequent forays forward from right-back.

It’s not hard to argue that Croatia were the better side in the first half and not just on their own stubborn terms. The fact remains, though, that the deflected goal that took Croatia to their happy place of a penalty shootout was not only deflected but also their first on target in the whole game. They’ve done this before, but surely here have reached the perfect zenith of their art. It can get no better than this.

Juranovic’s forward play caught the eye, but he did the day job admirably too. Vinicius Jr was withdrawn just after the hour having made almost no impact on the game. Raphinha had already gone by then, making little material change to his evening having mostly spent it as a spectator anyway. Richarlison couldn’t continue his impactful tournament either, despite twice playing Neymar in for presentable chances that were thwarted by the magnificent Dominik Livakovic, whose efforts in both the 120 minutes and the shootout would make it a contender for one of the all-time great goalkeeping performances. He certainly looks a shoo-in easy starter for 10 in every Team of the Tournament going after this.