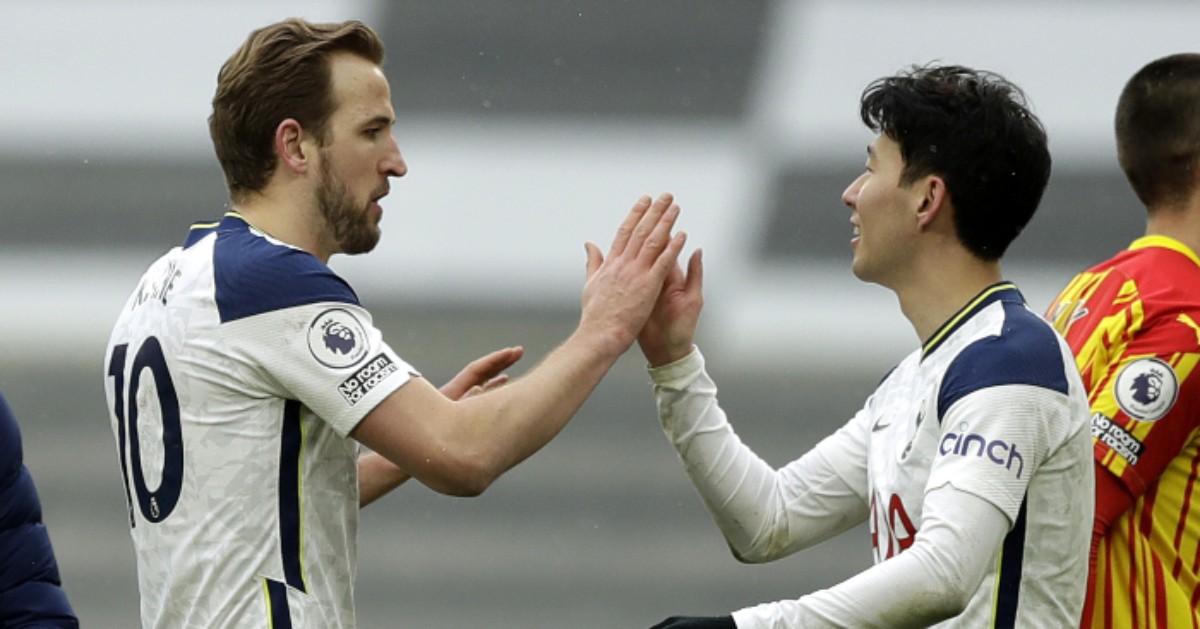 It is not the case as often as it should be but sometimes it is simple: the team with the better players wins. And Harry Kane is quite good.

For all the experts, the opinions, the analysis and the statistics, football can often be quite a simple sport. Every game is pored over extensively, each decision and action scrutinised to the nth degree in search of some wider meaning as part of the increasing rush to proffer and publish the hottest takes as soon as possible. But sometimes it is entirely uncomplicated: the team with the better players wins.

It is not always the case. Indeed, it probably doesn’t happen as often as it should. And perhaps it does the eventual victor a disservice to boil results down to such a basic principle. Not that Jose Mourinho will mind.

Tottenham were better than they have been recently against West Brom on Sunday. Correlation did indeed imply causation with the return of Harry Kane and, subsequently, of the hosts’ attacking threat. He took his goal excellently but his overall contribution was best summed up by the clever chest down for Lucas Moura to break and assist Heung-min Son’s decisive, lead-doubling effort.

That Kane is crucial to their entire offensive plan is no revelation. In 225 minutes without him in the second half against Liverpool and defeats to Brighton and Chelsea, Tottenham scored no goals and had 16 shots with seven on target. At home to West Brom, they scored twice and had 13 shots with six on target.

Son did not look so woefully isolated, reunited once more with his kindred striking spirit. Erik Lamela and Moura were an impressive support act. Behind them, Pierre-Emile Hojbjerg was typically solid with one wonderful exception – the sublime pass for Kane’s goal – while Tanguy Ndombele excelled in a slightly deeper role. The Frenchman revelled in collecting possession from the centre-halves and driving forwards, a tactic far more potent than waiting for one of the dropped Eric Dier’s many thousand diagonals to land on someone’s foot.

But it should be said that West Brom were ideal opponents to rediscover both form and touch. Lee Peltier understandably struggled upon his recall to the side. Romaine Sawyers was almost entirely redundant in central midfield. Ainsley Maitland-Niles might well have yearned for the relief of being an Arsenal full-back by the end.

They have conceded 28 goals in ten Premier League games since his appointment, slipping from two points off safety when Slaven Bilic was sacked to 11 points behind 17th-placed Burnley, who have a game in hand. For the ultimate pragmatist, the final guarantee against relegation, the defensive coach touted to solve Pep Guardiola’s problems four months ago, that is embarrassing and reputation-shredding.

He will point to this discrepancy in quality and justifiably ask what more he could have done in this specific game, but that argument extends no further in light of those damaging results against the teams closest to them in the table. Fulham and Sheffield United did not have a Harry Kane yet West Brom still struggled against them; they had little hope against the real thing, which is likely to be the case again when Bruno Fernandes and Manchester United visit the porous Hawthorns next week. The team with the better players will win then, at which point it becomes a question of what the manager is actually there for.