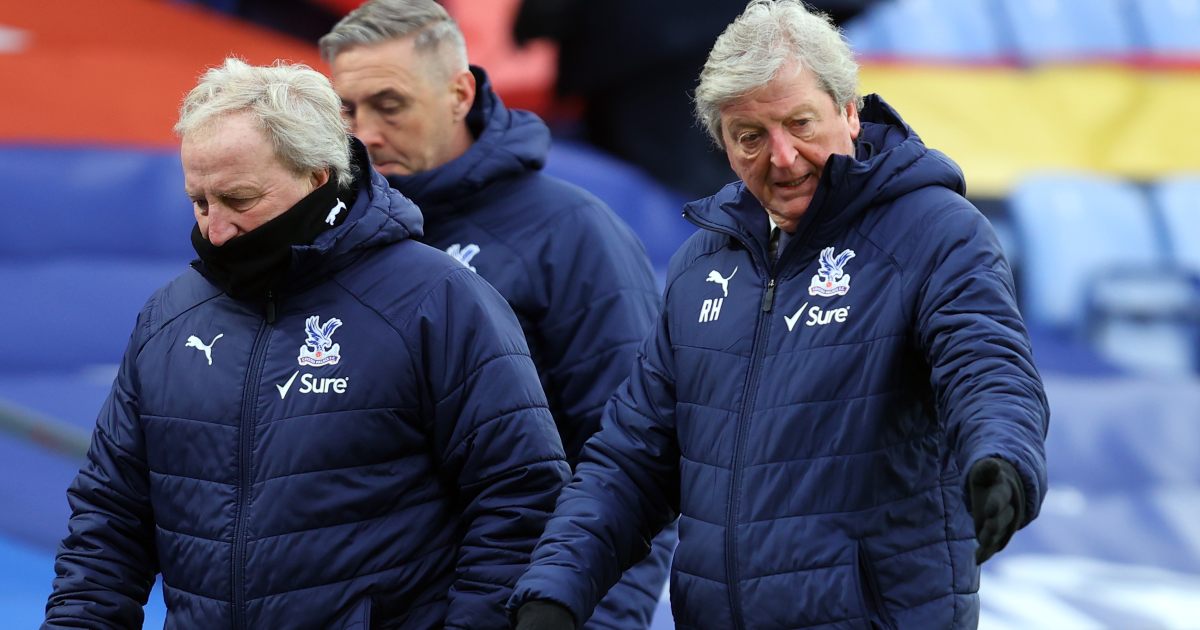 It’s February and holidays are currently illegal. Yet Crystal Palace still appear to have found their way to the beach.

The Eagles’ performance in the 3-0 home defeat to Burnley carried all the hallmarks of a team already on their jollies. A home win could have taken Roy Hodgson’s side to the fringes of the top half of the table, but their abject lack of fight at Selhurst Park shows how their appetite for the season appears already to have been sated with 15 games still to go.

Palace, once more, look safe. On 29 points, they are 14 clear of the drop zone and though they could yet sleepwalk towards a relegation fight, it looks unlikely. As well they seem to know.

Because Palace are playing like a team with nothing to prove and nowhere to go. Burnley are looking more warily over their shoulder and the contrast in motivation could not have been more stark at Selhurst Park.

It is often too simplistic to attribute a defeat to a lack of intensity or effort, and there are a number of other factors involved in Palace’s current slump. They, like almost every other side, are struggling with injuries and Hodgson does not have enough players in his squad that he trusts to cover sufficiently for nine absentees. But Palace seemed unconcerned with making their apathy known.

Hodgson attempted to rally his troops ahead of Sean Dyche’s visit by urging them to prove that Palace are more than Wilf Zaha plus 10 but the Eagles, with their selective hearing, tuned out once more as they did when their talisman was absent at Leeds last week.

3 – Burnley have scored as many goals against Crystal Palace this afternoon as they had in their previous 10 away league games combined (3), while this is the first time they've netted three goals in any away league game since November 2019 (3-0 v Watford). Trio. #CRYBUR

Over the last four seasons, Palace are almost a point-per-game worse off without Zaha, winning just two from 19 without the forward. In Zaha’s absence today, Hodgson opted to pair Christian Benteke with Michy Batshuayi for the first time, with Jordan Ayew and Eberechi Eze supporting from the flanks.

Even Eze appeared to struggle for motivation but the summer arrival from QPR will be quickly forgiven. Benteke and Batshuayi will not. Given the opportunity to forge a partnership, with January signing Jean-Philippe Mateta watching from the bench, the Belgian pair were utterly abject.

Benteke tried. Which is almost worse. He managed three shots on target but none stretched Nick Pope. Batshuayi managed neither a shot nor a key pass. With the fewest touches of any Palace starter, he contrived to lose possession more than any team-mate.

Some consolation for Palace fans: Benteke and Batshuayi won’t be at Palace next season. Nor will a vast swathe of Hodgson’s current squad.

Palace have 14 players in the final months of their contracts. You might expect that looming free agency would motivate many to prove themselves worthy of a deal, at Palace or anywhere else. But that is certainly not how their predicament is playing out.

Palace fans don’t ask for much. We just want 100% commitment, pride in the shirt and a buy-in from players and coaching staff in relation to what we as fans feel is important. Sadly, for too much of this season and indeed a section of the 19/20 campaign, that hasn’t been on show.

We know a rebuild is coming, but who oversees it? Hodgson’s future is as unclear as his squad’s.

Many Palace fans would prefer to shuffle the manager aside now and usher in the new era earlier than originally planned. Perhaps a new voice and a fresh pair of eyes would prompt some of these players to up their game in the short term, but sourcing a long-term replacement for Hodgson would certainly be simpler in the off-season.

It is apparent, though, that this group has stopped playing for Hodgson. Sloppy starts and the concession of goals in the opening five minutes of their last three matches says little for the manager’s sway in the dressing room. Burnley’s third goal just after the break highlighted that once more.

Patrick van Aanholt, culpable for the opener, was no match for the sheer brute force of *checks notes* Matt Lowton, who made the most of his unchecked freedom to lash in a stunning volley. The Burnley right-back could barely believe it and nor could his team-mates.

But the hosts barely mustered a shrug of the shoulders. If no-one at Palace can engage these players, a repeat of last season’s woeful finish seems inevitable.