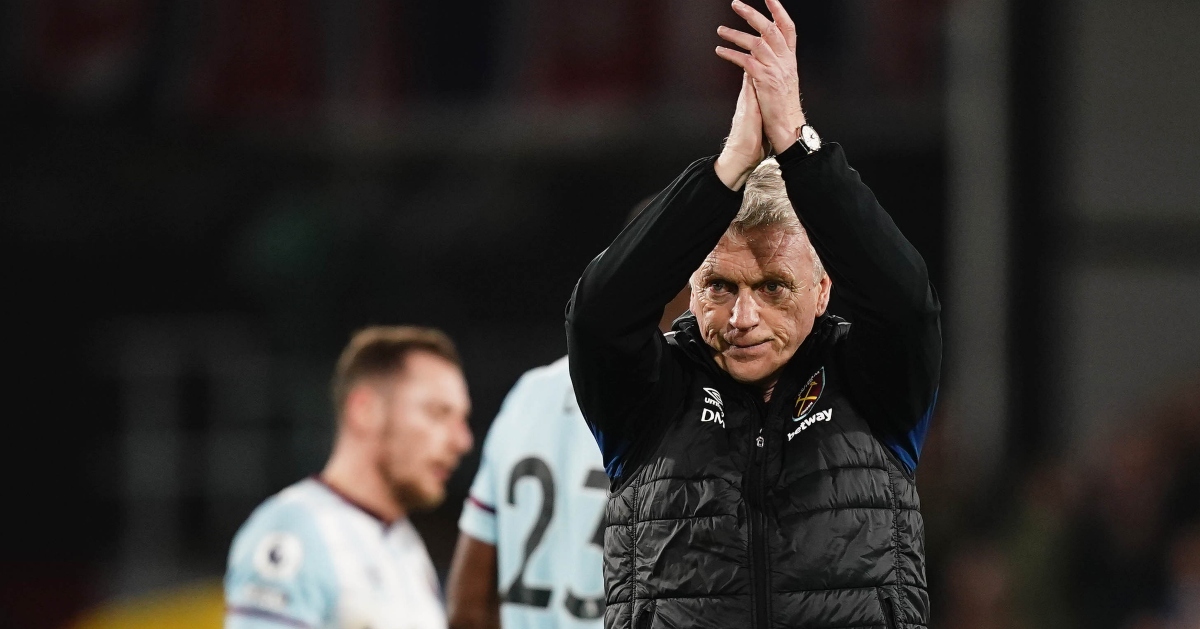 Victories to end the old year and begin the new one have got West Ham back on course which, still unfathomably, remains set in the direction of the Champions League. But the flaws which saw the Hammers suffer their mini-blip were still evident, despite David Moyes’ men moving to within a point of fourth place.

Crystal Palace dominated possession and the shot-count but West Ham took the points back across London, thanks to a first-half display of the type of ruthlessness evidently lacking in the hosts’ ranks.

The Eagles should have been in front in the opening stages when Jeffrey Schlupp hit the post. They continued to pour forward and Odsonne Edouard also hit the bar, while Christian Benteke brought fine saves from Lukasz Fabianski. But where Palace were profligate, West Ham were clinical, capitalising on a moment of creative genius from Said Benrahma to tee-up Michail Antonio before Manuel Lanzini showed his ruthless side, first by taking Declan Rice’s pass and, three rapid touches later, firing it into the roof of the net, prior to drilling home a penalty in first-half added time.

The concession of that spot-kick via Luka Milivojevic’s needless handball highlighted Palace’s propensity to shoot themselves in the foot. Shorn of the talents of Wilfred Zaha and Conor Gallagher, their most creative talents, the Eagles performed admirably once more, only to waste their good work with infuriating lapses at both ends.

Not until the 83rd minute did Palace make the most of one of their 22 attempts on Fabianski’s goal, when Michael Olise replicated Benrahma’s cross from the other flank to give Edouard a simple finish, before the Palace sub’s free-kick sailed all the way from the corner of the box into the corner of the net as the 90th-minute ticked over.

Had Jean-Philippe Mateta’s overhead kick in added time got the reward it deserved, then West Ham would have been rueing two dropped points. And Moyes would have little reason to feel aggrieved with anything other than his own side’s defending.

Against a side more clinical than Palace – or even a Palace side with at least one of Zaha or Gallagher – this is a game that would have got away from the Hammers, however creditable their first-half attacking play was.

Moyes has mitigation for West Ham’s defending. Three-quarters of the Hammers’ best back four is currently sidelined and they clearly miss Victor Ogbonna, Kurt Zouma and Aaron Cresswell. Issa Diop and Craig Dawson have performed well during their West Ham careers, but rarely when paired together.

Since Zouma followed Ogbonna into the treatment room, West Ham have kept only one clean sheet in seven games, conceding 11 goals along the way. Diop continues to be rash in movement and thought, while Dawson looks isolated without a reliable partner in close proximity.

It is a situation Moyes must attempt to resolve sooner rather than later. Zouma’s recovery is ahead of schedule but the ex-Chelsea defender could be missing for another month yet. With Ogbonna likely to be out for the season, the Hammers should be seeking as a priority to source another reliable centre-back now the January sales have opened.