Home F365 Says Could this be Crystal Palace’s greatest ever season? 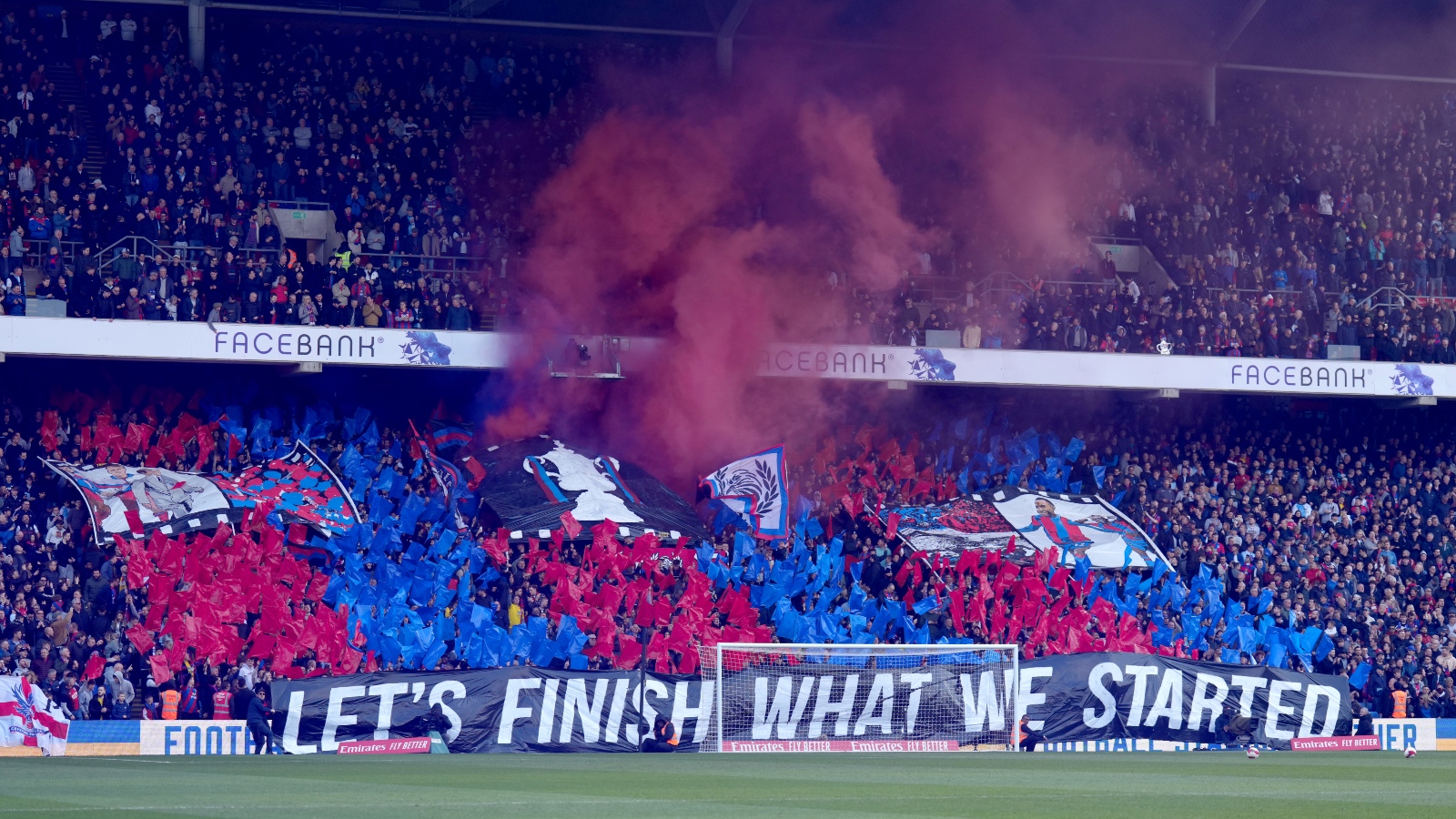 Ninth place in sight and Wembley in the diary. It’s been a brilliant season for Crystal Palace – and it could end up as the best.

It was a “bumper car of a match” according to Clive Tyldesley, who was describing a first ten minutes with no discernible quality (other than a wonderful touch from Anthony Gordon) but plenty of blood and thunder on Everton’s part. Crystal Palace were caught cold in what Ally McCoist confirmed was “a proper cup tie”. It felt like a continuation of Everton’s massive Premier League win over Newcastle on Thursday.

But ten minutes was seemingly all Frank Lampard’s side had left in the tank. And Palace showed they have both better players and are a far superior team to Everton for the remaining 80 minutes at Selhurst Park. That’s quite extraordinary. Rarely, if ever, has it been the case in the Premier League era. Crystal Palace are simply better than Everton.

“We’ve got super Pat Vieira,” was the chant from the Palace fans. But while “he knows exactly what we need”, not-so-super Frankie Lampard is struggling to put it into practise for Everton.

Some defending would have been useful, when Marc Guehi nodded home a corner to round off quite the week for him, then when Jean-Philippe Mateta finished off a good but very simple move to double Palace’s lead. There was no challenge in either instance. Guehi didn’t need to jump in the six-yard box from the corner, which is baffling, and neither the defence nor midfield got close enough to stop Wilfried Zaha in the build up to the second, nor to Mateta who strolled into the box to sweep Zaha’s pull back past Jordan Pickford.

While the best centre-backs in the world are often said to ‘love defending’ – think Antonio Rudiger or Ruben Dias – Everton’s seem to actively dislike it, or see it as some unnecessary aside which will just happen without any due care and attention.

Some will see the ball dropping to Zaha and Will Hughes to score the third and fourth as fortunate for Palace, but defenders being in the right place at the right time to clear such danger isn’t all luck; it requires reading of the game and forethought to recognise where the danger may be. Everton were, and have been, terrible at that.

Palace were great, though. With Zaha, Michael Olise, Eberechi Eze and Conor Gallagher in the team they’re brilliantly watchable. Forming neat triangles, dribbling past opponents and getting themselves in the box as frequently as possible, this is a far cry from the functional football under Roy Hodgson. Covering Palace was a bit of a chore; it’s now an absolute pleasure. If they’re not already, Vieira’s side are fast becoming the second team of the majority of fans in this country.

Could this be their greatest ever season? Ninth place is in reach, which would be their highest Premier League finish, and though they may well have to beat two of the top three to win the FA Cup for the first time in their history, it would mean far more to the Palace players, coaching staff and fans to go all the way. That sort of drive should close the quality gap in one-off games, against teams likely to be fighting on multiple fronts.

Whether the end of the season brings glory or not, it will see Palace crowned as the Premier League’s most improved side. Kudos to Vieira, the owners, the players and the fans. It’s been brilliant… so far.