They have beaten dark horses Saints and Champions League-bound United. Is it time to take notice? 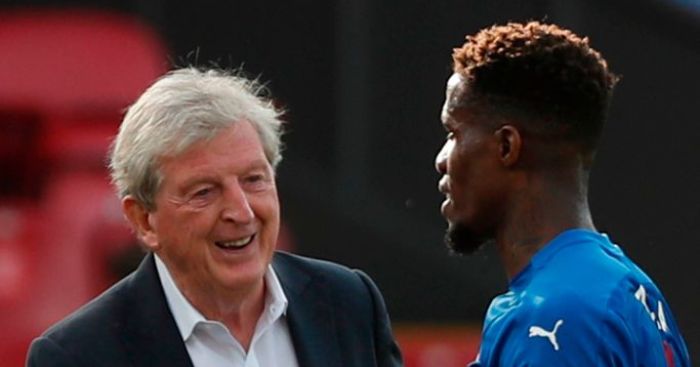 It was a not particularly wise man that once claimed Roy Hodgson had ‘served his purpose’ at Selhurst Park, that ‘his tenure has run its course, like stabilisers keeping Palace upright but stopping them going any faster’.

‘The club won’t properly invest because Hodgson has proven himself adept at surviving on scraps,’ that piece continued. And in fairness, the sequence of Premier League results that followed summed up a side prone to taking at least as many steps back as it does forward: defeat to Everton; four straight wins without conceding; seven consecutive defeats in which they failed to score in all but one loss. Crystal Palace were being spoken about in hushed tones as contenders for Europa League qualification in March before June and July yielded four points from a possible 27.

A glance at the calendar year table on the eve of a new season tends to offer an idea as to which managers and teams will start under the most residual pressure. The only sides worse than Crystal Palace in 2020 had been Bournemouth and Norwich. A poll by The Athletic suggested few fanbases were as pessimistic about their chances in the upcoming campaign. Many tipped them for relegation; a fair number of those who didn’t perhaps went on the assumption that an eventual coaching change would spare them.

That is, after all, how Hodgson came to be in Croydon three years ago. Frank de Boer arrived with hope, expectation and a £26m Mamadou Sakho but suffered defeat in four successive games without scoring and embarrassed his players in training. It was indicative of how slow Crystal Palace usually started: they had lost both their first two league games in five of the last eight seasons, left tying their shoelaces and checking their broken watch while everyone else burst out of the blocks. Not since 2006 had they began with a pair of wins.

Hodgson himself had not started a league campaign with consecutive victories at any club since 1997, when he established Blackburn as title contenders and won his first Premier League Manager of the Month award after a pulsating August included hammering Aston Villa 4-0 away and thrashing Sheffield Wednesday 7-2 at home. His meticulous methods and exacting training sessions have almost always bore fruit but rarely in the immediate short term.

So beating both Southampton and Manchester United in the space of a week has engendered an unfamiliar feeling in south-east London. There is positivity, belief, however tentative. A quiet summer of genuinely impressive recruitment, the most expensive signing of Hodgson’s entire career and concentrated coaching is already paying dividends. It has been an age since Crystal Palace had a manager they were happier to work with than constantly against.

Both results inevitably focused on the losing teams. Saints were supposed to march this season and Manchester United are perennially ripe for an inquest. Crystal Palace have been the supporting cast in their own story. And while that does them a disservice, they will be content to be left operating in the shadows. Their average possession (34.3%) is the lowest in England’s four professional divisions and 168th out of 170 in Europe’s top ten leagues. With no fans to placate in stadiums and energy conservation more integral than ever, they are out-thinking teams instead of out-passing them.

Wilfried Zaha is either playing for a move, an armband or both, depending on who you believe, while Eberechi Eze is yet to really feature properly. Tyrick Mitchell has emerged as the latest academy prospect to be given a first-team chance, Vicente Guaita is back in form and no club has as many reliable top-flight performers as one that boasts Joel Ward, Cheikhou Kouyate, James McArthur and McCarthy and Jordan Ayew. Links with Rhian Brewster and Said Benrahma and fights with Sky Sports have transformed Crystal Palace into one of the season’s most intriguing prospects.

All this in one of the safest pairs of hands imaginable has produced an uncharacteristically quick start for club and manager.

That, as ever, is subject to change. The equally impressive Everton await on Saturday – another side that will occupy the headlines regardless of the result. Win, lose or draw, Crystal Palace are in a far better place than they were even a few months ago. They have given themselves a head start instead of a mountain to climb; now to see how far Hodgson can take them.