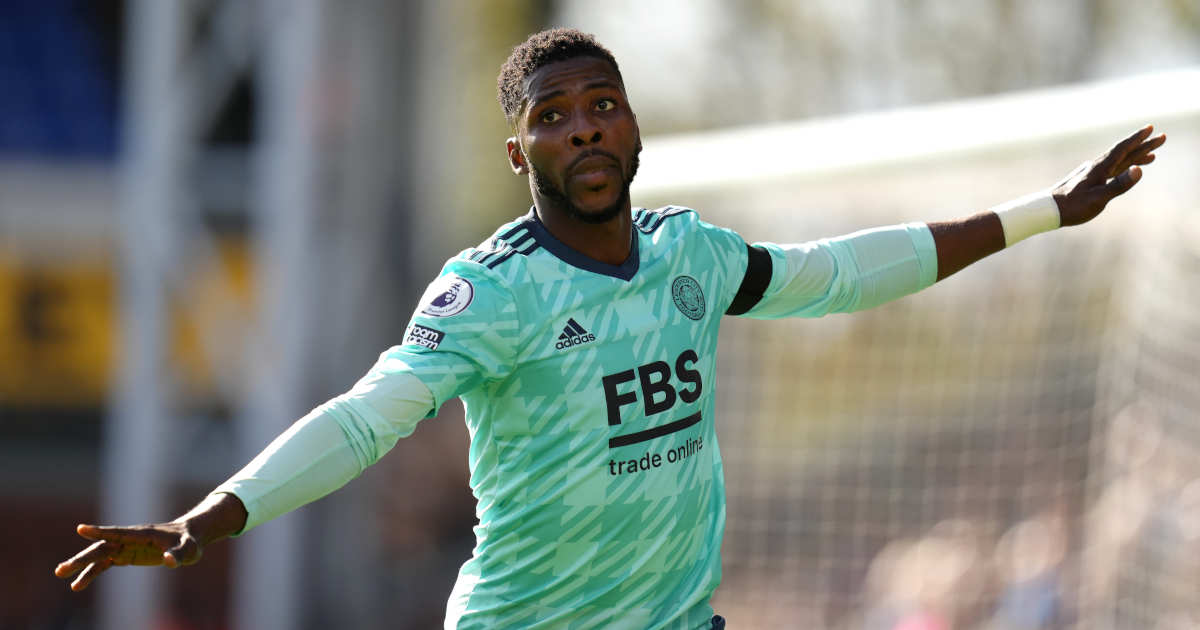 Leicester City and Crystal Palace have hardly been tearing up the Premier League so far this season and their meeting demonstrated why this is.

It’s probably reasonable to say that Leicester City’s season hasn’t quite got going yet. With just two league wins from six matches, Brendan Rodgers’ team hasn’t sprung to life this season, which is somewhat surprising really, since they ended last season by winning the FA Cup and started this one by winning the Community Shield. But since the campaign truly commenced, Leicester have failed to find the consistency that has taken the club to consecutive fifth-placed finishes. Having taken just one point from their first two matches, their hopes are already hanging by a thread in the Europa League.

Palace haven’t really been tearing up any trees this season themselves and were pegged back in the fifth minute of stoppage-time against Brighton in their previous match. There may only be a couple of places between these two teams in the table at present, but the expectations this season were always different. Considering he was a medal-hoarding behemoth of a player, the arrival of Patrick Vieira as Crystal Palace manager was, if anything, somewhat understated, though it might be added that their start to the season has been the same.

There have been flashes of excellence, most notably when they turned Spurs over in September, but progress has been patchy. The Brighton match was a case in point. It was a derby, so expecting glittering football was probably a little optimistic, but they were the better of the two teams on the night, took the lead and still couldn’t quite get the game killed off.

‘Frustrating’ is probably the right word to describe both teams’ starts to the season.

The same word could probably also be applied to the first third of their match on Sunday. Palace dominated possession and even created a decent chance when Wilfried Zaha’s shot and Connor Gallagher’s follow-up attempt were both blocked by the legs of Kasper Schmeichel. But with Leicester slow to start and Palace looking good in patches while also conceding possession too cheaply, it wasn’t difficult to see these insecurities coming to the surface. Palace looked good until they got into the dangerous positions, only to find their final ball to be absent without leave.

Leicester barely registered as present for the first half hour, but by half-time they were somehow two goals up. It was Kelechi Iheanacho’s birthday and he was gifted a starter motor by Joachim Andersen. Under no pressure whatsoever, Andersen eschewed a simple pass to try and turn past him and got caught in possession; Iheanacho had the fairly straightforward task of rolling the ball past Vicente Guaita to give Leicester the lead, the second time in six days that a Palace defensive error had let an away player in a mint green shirt run through and score against them. The goal did finally wake Leicester up a little, too. Five minutes later their lead was doubled when Andersen failed to intercept a through-ball from Yuri Tielemans to Jamie Vardy, which he finished at the near post.

By the start of the second half it was pouring with rain in south London. Pathetic fallacy for the half-time score, perhaps. Palace made a couple of changes. Odsonne Eduoard hit the crossbar. As the rain stopped over Selhurst Park, Palace found a route back into the game when Leicester failed to clear a Tyrick Mitchell cross and Michael Olise, who’d only come on a few minutes earlier for the broadly ineffective Jordan Ayew, drove a low shot past Schmeichel.

Just over ten minutes later came another inspired replacement from Vieira. Conor Gallagher has been Palace’s most impressive player so far this season, so his replacement in former Leicester forward Jeffrey Schlupp may have raised an eyebrow or two, but 45 seconds after coming on Schlupp headed past Schmeichel with his first touch of the ball to bring Palace level. Their attacking link-up play had left something to be desired, but few would have argued that they didn’t deserve to be back on level terms.

The clouds, both metaphorical and literal, had lifted, but Crystal Palace couldn’t quite press home the momentum they’d built up throughout the first 25 minutes of the second half to force a winning goal. They weren’t helped by a disruption brought about by a lengthy delay following an injury to Vardy, but they didn’t quite have enough to force a win. They certainly merited their point but they’ve now drawn four of their seven Premier League matches this season, and it’s not difficult to see how this has come about. As much of an effect Vieira is having at Selhurst Park – his substitutions in this match were inspired – this remains a work in progress rather than the finished article.

The same applies to Leicester City but, as aforementioned, their expectations are much higher, their project more established. This has been an unsatisfactory start to the season for them and while Brendan Rodgers is unlikely to be feeling the heat just yet, there will come a point at which things will have to improve. If not, the pressure will come soon.

Throwing away a two-goal lead from this match will seem more like two points dropped than one gained to Rodgers, and it is natural that Vieira might feel the exact opposite, having clawed a point from a match that was starting to look lost, and with both goals coming from substitutes that he’d introduced. But the truth of this match was somewhere between these two extremes: a draw was a fair result, but it was one which sums up both of these teams’ respective seasons. Neither could quite kill the game off when they had the opportunity, and both may well be left feeling unsatisfied.