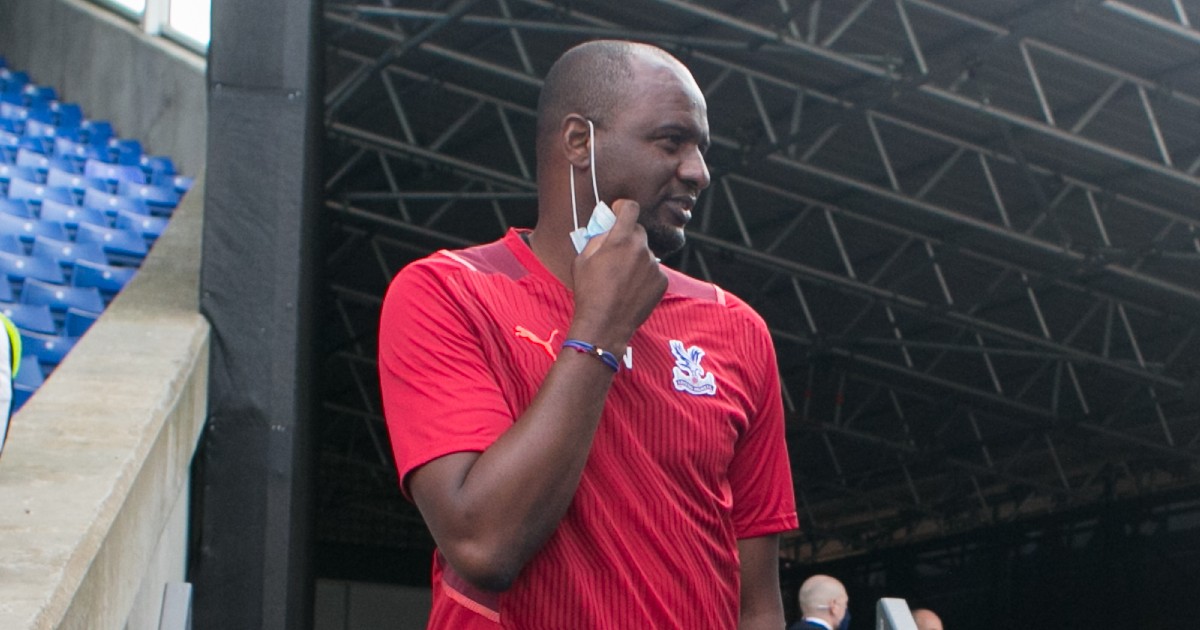 Crystal Palace tried to change their identity and philosophy once before and it went terribly wrong. Patrick Vieira is on the right track.

Ian Holloway, Tony Pulis, Neil Warnock, Alan Pardew, Sam Allardyce, Frank de Boer, Roy Hodgson. I know what you’re thinking but no, I have not horribly misspelt Mark Hughes on a list of the most unimaginative Premier League managerial appointments of the last 15 years. These are instead the permanent head coaches of Crystal Palace since 2012 and before this summer’s arrival of Patrick Vieira.

Oh, and don’t worry, Steve Bruce had a spell there too before that.

Premier League survival is always the priority for clubs outside of the Big Six (no Arsenal jokes in the back please) and that list above is the epitome of a club playing the percentages. Almost every appointment could have been made by the Soccer Saturday panel. And, to credit the Palace directors, it’s worked. On a modest budget, they have been an important part of the Premier League’s lower mid-table for over eight years now.

Holloway got Palace promoted in 2013 but the safe Premier League hands of Pulis were soon steering them to safety. After Warnock showed that the Championship was more his British bread and butter, Pardew and then Allardyce picked up from where big Tone left off and took Palace back into the safe haven of 10th to 15th.

When Allardici left, Palace did the unthinkable. After finally recovering from the hangover that was Attilio Lombardo unably assisted by Tomas Brolin, Palace went for A Foreign again. Frank de Boer was hired with the declaration of a new approach – one that was afforded all of four league games before being replaced by another dependable British manager in Hodgson. And reliable Roy did exactly what Palace wanted, steering them to five consecutive finishes in their happy place of 11th-14th.

This summer was a pivotal one for Palace. With what seemed to be most of their squad out of contract, they had to appoint a manager when the tried and trusted British bosses have gone out of fashion. Premier League survival is no longer as straightforward as hiring one of the famous fire-fighters. Just ask West Brom. So Patrick Vieira was brought in with those re-hashed declarations of a new way no doubt pricking the ears of odd man out Hughes.

Fortunately, after the same four games De Boer was given to implement a new style, things are looking far more positive for Vieira. Palace seem to have embraced the change in approach on this occasion and truly committed to it. So what has changed this time that has given Vieira strong optimism of making that elusive fifth league match?

The most obvious factor is the recruitment. De Boer was keen to implement a new passing style and was treated to two permanent signings to aid that: Jairo Riedewald and Mamadou Sakho. The latter had a lot of qualities but a less suitable defender for passing the ball out from the back would be difficult to find. Let’s also consider the fact that this was a squad that had previously been managed by Allardyce. Whatever he may want you to think when you hear him make excuses for describe his management style, a drastic change in mindset was always going to take time and patience.

Vieira, on the other hand, has been allowed to make significant improvements to his squad. Marc Guehi and Joachim Andersen were purchased for sums not usually spent by Palace and are starting to show the potential to be one of the better centre-back pairings in the league. Conor Gallagher has been a revelation in midfield and Michael Olise and Will Hughes will also improve the first team when they are given opportunities.

The cherry on top was an actual real striker that scores goals. By my maths Odsonne Edouard is on track for 612 this season and, even if he ends up just slightly shy of that, he will be quite the upgrade from the handful of strikes we have become accustomed to Jordan Ayew and Christian Benteke sharing between themselves.

Another important point in Vieira’s favour is the intangible: perception. When De Boer was appointed, with his declarations of Palace building from the back and dominating games, there was a natural cynicism. He had failed in his last role at Inter Milan and we all know that ‘everyone wins trophies at Ajax’. Vieira hasn’t had a hugely impressive start to his managerial career but he has a couple of key points in his favour.

English football supporters are familiar with him and we all know pundits love someone who ‘knows the Premier League’ – especially as he relished a midfield battle. He also benefits from being post-Pep, the Premier League winner. De Boer was hired at peak Fraudiola time, when he was still being ridiculed for ousting the England goalkeeper for someone who couldn’t even save a shot. Talk of projects and philosophy will still be derided when he is on a bad run, but there is a more common acceptance now that Premier League teams need to have more to their armoury than long balls and being able to stand up to physical challenges. You don’t even have to play Stoke any more.

Vieira will also benefit from a lack of obvious replacements. Admittedly Palace had exhausted most of the usual suspects but when De Boer was hired there were always survival specialists waiting to take over struggling teams. The varying bungled attempts of Everton, Spurs and Palace themselves to hire new managers this summer shows that it isn’t the simple process that it used to be. If Palace sack Vieira, who would take over?

Finally, a pretty key one: his team have scored and won. The sight of Palace 0 after the first couple of matches naturally sowed a couple of early doubts, but the last game and a half shows that they will actually be a team worth watching this season. Losing 3-0 against this Chelsea is very different to suffering that same fate against Huddersfield, as De Boer somehow managed in his first match. Those goals against West Ham and the win against Spurs curtail any immediate concern about another quick loss of nerve from Steve Parish and co.

Crystal Palace have spent a number of years just existing as a Premier League team. It is difficult to argue as a neutral that they have enhanced the league particularly, but the directors have quietly received their Premier League riches with surprisingly minimal drama. This year, things may be more fun at Selhurst Park as just existing has become more difficult. A new direction was not an option, but a necessity.

Since their last promotion, only twice have Crystal Palace changed their profile of manager from the best of British. It just seems that this time they actually meant it.