Home F365 Says The curious case of the consensus around Fred 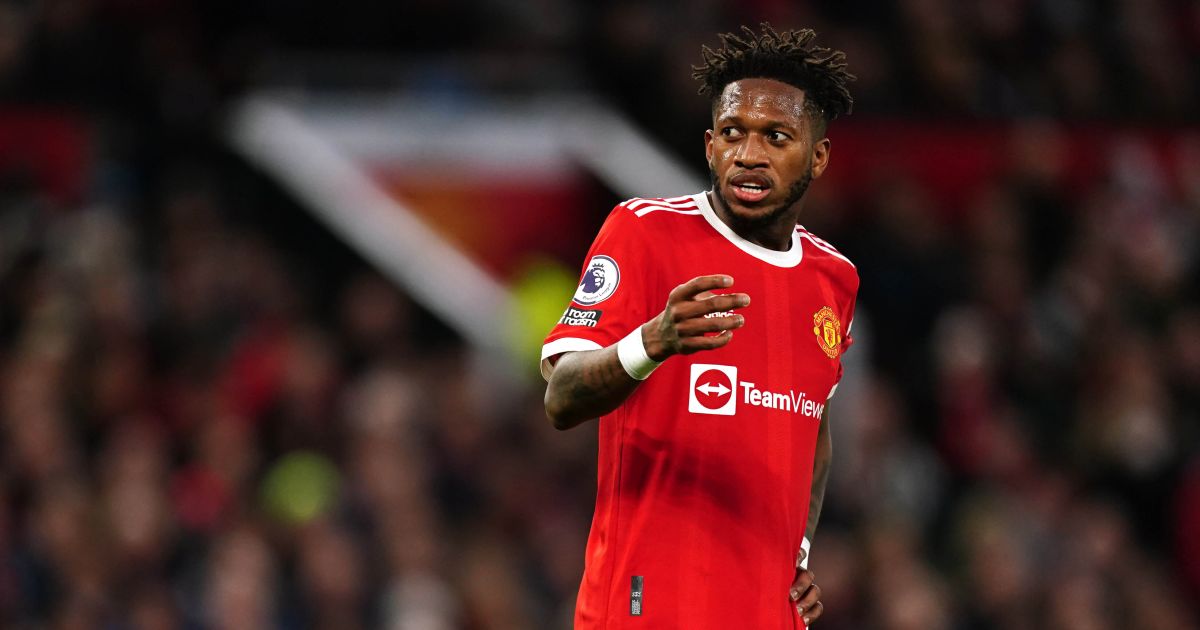 With yet another excellent performance under his belt, it might just be time to re-evaluate the Brazilian.

Consensus is a funny thing in modern football. On the face of things, in this truculent age of rabid tribalism, of myopic support and militant antagonism, you would think there would be little of it. Yet, when it comes to the simple matter of whether a player is any good or not, there is. Broadly speaking.

This is because, however unpalatable it may be to admit, we are predominantly followers here. While we have our own eyes and our own minds, our views are at the very least influenced by the tide of public opinion. We can rally against it, say that we really don’t get the hype around Jack Grealish, but when some bloke on the telly wearing dodgy trainers on an uncomfortable chair says something, it often finds its way into our thinking. From Jermaine Jenas out into the world, picked up by those who respect his judgement, onto those who listen to them, proliferated far and wide across social media, until so many people are saying that Declan Rice is the new Steven Gerrard that it becomes an established truth. Groupthink at its finest.

With Fred, things are a little different. The diminutive Brazilian continues, 151 games into his Manchester United career, to divide opinion. Described on Match of the Day as “fabulous” against Crystal Palace back in December, singled out by others on the same programme for praise twice against Leeds this season, and by Jenas himself on Saturday, Fred has received more plaudits in this campaign than almost any other United player. And yet, his detractors are still many.

Whilst many United fans quite like him for his industry, most also harbour some doubts over whether he is good enough for a club of such lofty status. A brief scan of Twitter is full of fans and adversaries alike questioning his place in the team, with a great many less diplomatic than that. And while the temptation may be to dismiss these voices as the myopic and the antagonistic, this is a temptation best avoided. Not only are they the valid opinions of valid observers, even if they weren’t, to dismiss them would be to miss the point. We are not talking here about the value of a perception, but the perception itself. The consensus, or lack of it.

And that lack is a strangeness worth interrogating. Because Fred is good. Not only do those pundits who know the game better than we do see it, but so too others. He has 24 caps for Brazil, and would have considerably more were it not for a doping ban that left him stranded in the international wilderness for years. José Mourinho thought him good enough to spend £47 million on, and for all his well-known gaffes in this area, his is still a weighty voice. And the two United managers to follow Mourinho have also made Fred central to their plans. Yes, Solskjaer’s reputation as a judge is now somewhat tarnished, and Rangnick’s perhaps in the process, but their opinions are surely of greater gravitas than @FootyTroll69’s.

Apparently not, and maybe in his association with them lies the problem. Just as Marouane Fellaini’s lumbering presence in midfield was somehow emblematic of the post-Ferguson decline of the Moyes-to-Mourinho years, Fred is a posterchild of the second episode of this soap opera. United: The Megafarce Years, starring Fred and Slabhead. As mainstays of essentially failed or failing projects, players like this become lightning rods, symbols of a wider malaise.

Yet, his feels unfair. As you would expect from a mainstay, everything good about the Solskjaer reign – of which there was actually quite a bit – involved Fred. Famous away wins at the Etihad and the Parc des Princes were built on the McFred double pivot, and Fred’s work-rate in central midfield was crucial in sealing back-to-back Champions League qualifications; something that, regardless of the win against Spurs, will quite possibly evade them this term.

It must also be said, however, that he did exemplify the limitations of that side, with the much-publicised inability to break teams down seeming to stem from he and McTominay, and the creativity in tight spaces that they often lack. Not only that, there have undoubtedly been times when, particularly early on in his United career, Fred has been unequivocally shit.

There was the 2019 loss at Newcastle, in which he was so sloppy in possession that the notoriously-Pirloesque Martin Keown observed that it was “almost becoming a joke when Fred gets the ball,” and similar performances against Everton, Arsenal and Wolves do also leap out. Yet, while most of his first season in England was dire, he has been one of United’s most consistent performers for the past two. And although our tendency towards confirmation bias means our opinions never change overnight, you would have thought we were well-enough versed in the old it-takes-time-for-foreigners-to-adapt cliché to apply it here. In short, Fred was shit most of the time, but is now only shit occasionally. Usually – as his seven Premier League goal involvements in an inconsistent team attest to – he is really very good. The consensus just hasn’t quite caught up with this.

Maybe it will. Maybe as a couple more mentions from the Match of the Day studio disseminate into the wider consciousness, our herding instincts will kick in and the narrative will slowly change. Or maybe it won’t. Maybe it won’t because maybe he isn’t very good at all, and is currently just doing a highly passable impression of a footballer, only to revert to the empty, peripheral thing that first graced these shores. Maybe he is simply inconsistent.

Or maybe the real reason why the consensus will never change is that he is a Brazilian called Fred. A samba footballer with the name of a butcher from Accrington, and simply too much of a comic juxtaposition to be taken seriously. Yeah, the more you think about it, the more it might just be this.