Home Winners & Losers Early winners: Any and every witness to that De Bruyne pass 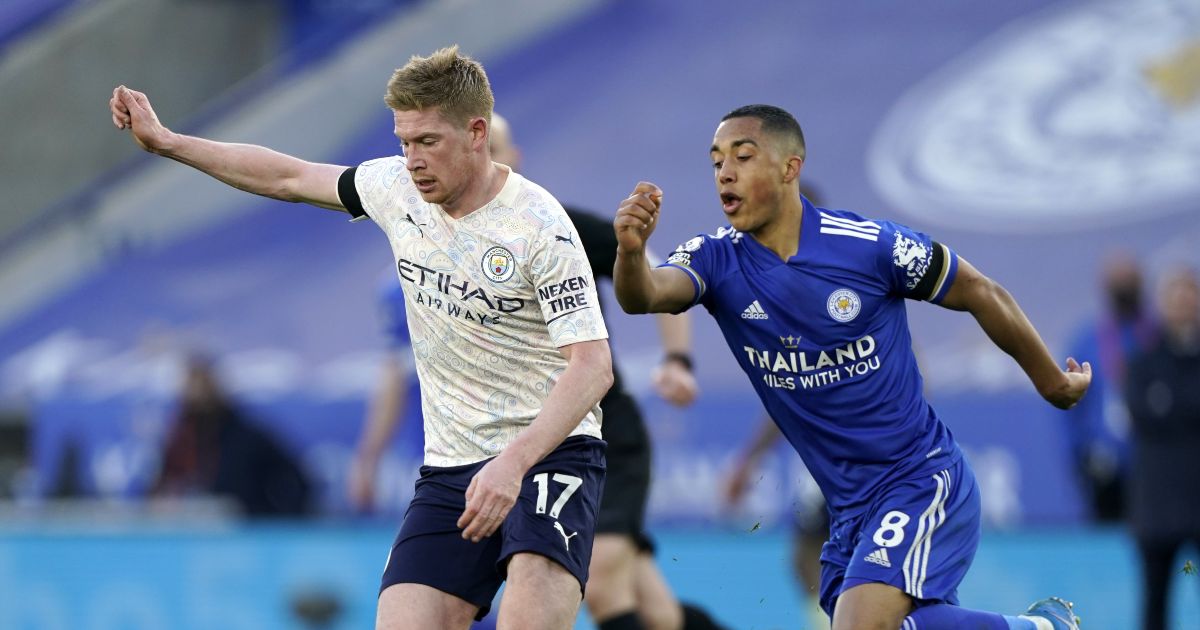 Pass of the season? Probably. Kevin de Bruyne conjured a moment of effortless brilliance at Leicester to keep Manchester City ploughing on.

“Well he doesn’t get the assist, Kevin de Bruyne, but this goal’s all about him,” said Jamie Carragher, for whom watching Manchester City double their lead against Leicester at the King Power Stadium must have been an incredibly uncomfortable experience. Not in terms of having to watch Liverpool’s imminent successors in such imperious form, but for the painful memories it must have evoked.

Neither Raheem Sterling nor Gabriel Jesus seemed to want to apply the delicate Hernan Crespo finish, but Kevin was every inch Kaka 2005. And Carragher must have been blushing in the commentary box at the accuracy of Jonny Evans and Wesley Fofana’s combined reprisal of his Champions League final role 16 years ago.

The Leicester defenders had been stretched for much of the previous 70 or so minutes but only figuratively: by the tricks of Riyad Mahrez; by the latent threat of Sergio Aguero; by the phenomenal effort and movement of Jesus. Yet only when De Bruyne advanced with the ball in the centre circle to lead another second-half counter-attack was the strain quite so literal.

The pass was a slice of artistry, so accurate as to dissect the lunging Evans and Fofana and so weighted as to allow Jesus to take it in stride. As the Brazilian applied the eventual finish and rose to celebrate with his teammates, an audible “what a f**king goal” could be heard from the sidelines. It was a difficult sentiment to argue with.

De Bruyne had been his typical self up until that point. His every action seemed to flit between diametric opposites: every sumptuous delivery would soon be followed by a frustrating moment of wastefulness. Not long before that second goal he was dispossessed by a jogging Kelechi Iheanacho.

Yet the Belgian ended the game as its most influential player, testing the structural integrity of the crossbar and seeming to dribble at will on occasion. Leicester certainly assisted in that cause by admirably trying and more often than not irredeemably failing to play out from the back, De Bruyne’s magnetic playmaking field pulling in rushed clearances from Kasper Schmeichel with unerring regularity. But it required a player of true quality to punish those mistakes. Or Benjamin Mendy calming cutting inside on his weaker foot to curl one into the far corner.

Kevin De Bruyne made 14 ball recoveries vs Leicester, no Man City player has made more in a single Premier League game this season.

He made 10 (!) more than Wilfred Ndidi. 😳 pic.twitter.com/5SePFdfrVF

While he sadly indulged in the “it was only one team playing” rhetoric after the game, one could argue that De Bruyne at least earned that air of sniffy and unnecessary superiority. Jamie Redknapp ended his half-time evisceration of Leicester by suggesting Brendan Rodgers would not be happy with what he had seen from his side, who had defended diligently enough and were a narrow offside decision away from taking a stoppage-time lead through Jamie Vardy.

It was only when Leicester showed more adventure at the expense of security that Manchester City capitalised. They had more space to invade, more opportunities to exploit and now more chances to rotate in the Premier League to maintain an offensive on four trophy fronts.

Leicester should not fret over a second Champions League qualification collapse solely on the basis of this result. That second goal showed they were simply against a team – and one particular opponent – on a complete different elite wavelength.