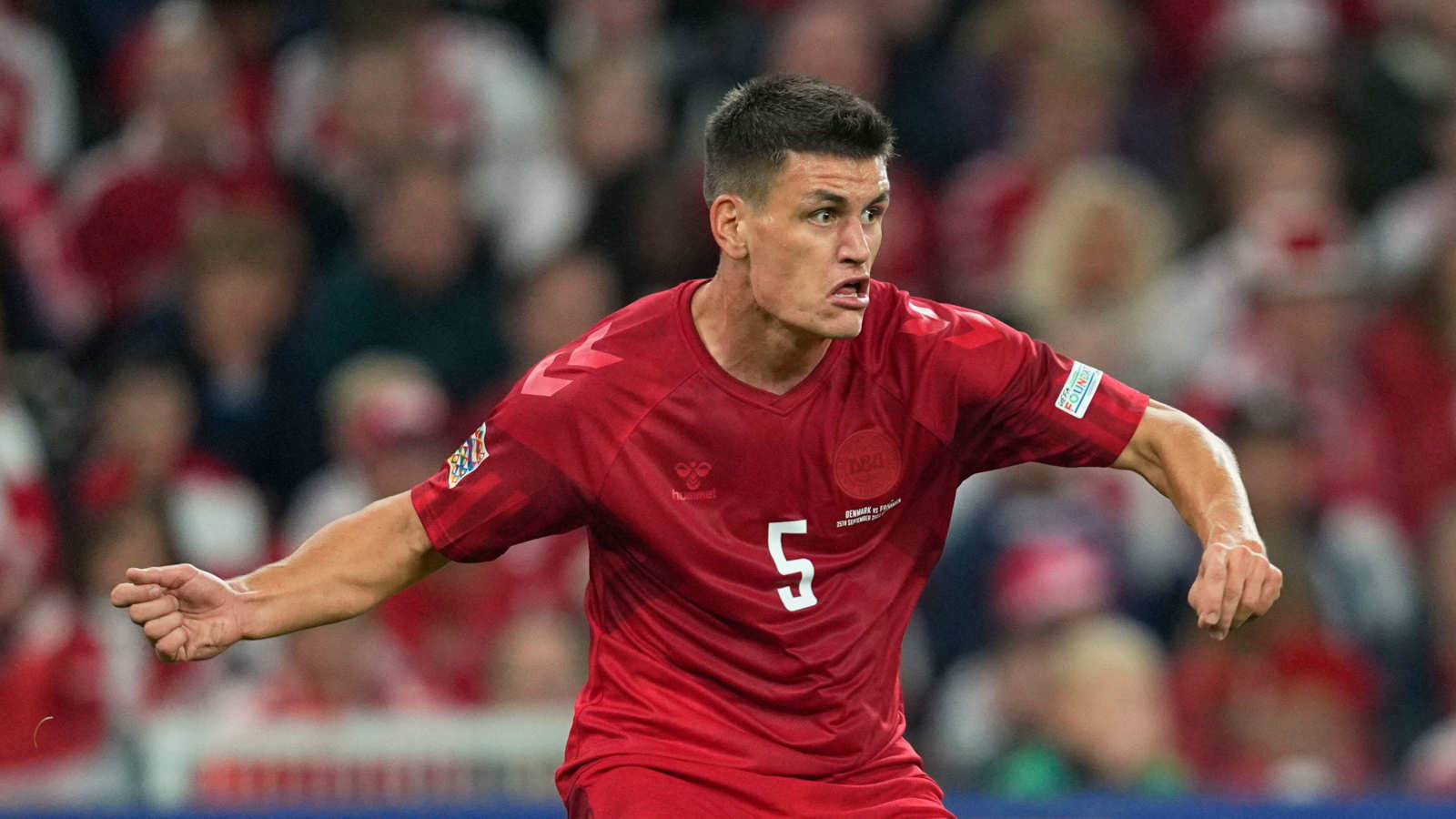 Denmark will be wearing a ‘toned-down’ kit for the World Cup, but is this mere ‘virtue signalling’, or a sign of greater protest to come?

We already know that this is going to be a World Cup like no other. The winter scheduling itself is a reminder of the contortions that FIFA have already undergone to present the 2022 iteration of the tournament to Qatar in the first place. The entire global football calendar has been bent out of shape to accommodate a tournament at this time of year because it would be too hot to play it there during the summer.

But there will also be quite a different tone to this tournament, because while there have been controversial and unpopular hosts of the World Cup before – those who spoke out vocally about the 2018 competition being hosted in Russia have been utterly vindicated, and in ways that many wouldn’t even have believed possible four years ago – the swell of negative opinion surrounding the 2022 hosting decision hasn’t gone anywhere, and is only likely to intensify considerably over the coming weeks.

The bind in which everybody finds themselves is particularly knotty. It is increasingly expected that there will be criticism and protest surrounding this tournament, but teams have still been expected to take part. There has been debate all over the world about what form these protests might take, but with boycotting the whole shebang by teams always vanishingly unlikely, how can those who disagree vehemently with it being held in this country make their views heard?

Well, the Danish kit manufacturers Hummel have spoken up, both with the design of the Denmark kit for the upcoming tournament, and with a public statement accompanying it which doesn’t exactly mince its words. Releasing the Denmark kits for the tournament, their company logo and chevrons, as well as the logo of the DBU (the Danish Football Association) will be ‘toned down’, in the same colour as the rest of their kits. The accompanying statement on Twitter made the reasons for doing this very clear:

‘This shirt carries with it a message. We don’t wish to be visible during a tournament that has cost thousands of people their lives. We support the Danish national team all the way, but that isn’t the same as supporting Qatar as a host nation.’

They didn’t stop there, either. On Instagram, their post confirming the release of a third kit in black was described thusly:

‘The colour of mourning. The perfect colour for Denmark’s third shirt for this year’s World Cup.’

Denmark may not be among the favourites to win the World Cup, but their kits do hold a special place in the hearts of those who care about such things. Hummel have designed several iconic kits for them in the past, including for the 1986 World Cup and when Denmark won the European Championships in 1992.

And as ever this announcement has been met with a flurry of comment, not all of it positive, with some social media users decrying it as a ‘PR stunt’ or paying that do this is no more than lip service to a matter that deserves more radical action. And there is more than a grain of truth to this, in a broad sense. Many supporters will be boycotting this tournament altogether, so if international teams (or, indeed, kit manufacturers) feel so strongly about this issue, why aren’t they simply refusing to take part at all?

Well, this is a complex question. Amnesty International – who, it has been confirmed, will be receiving a percentage of Hummel’s total online revenue for the rest of the year – doesn’t favour a complete boycott of the World Cup, having previously said, ‘We want to take advantage of the international attention at the World Cup. It is now important that the reforms lead to long-term improvements beyond the World Cup.’ We may reasonably assume that Hummel would not have made the comments that they did without having consulted with the DBU first. Considering previous comments from them on the subject of boycotting, it seems that they’re all singing from the same hymn sheet.

Of course, the standard criticism is that this is ’empty virtue signalling’, but is this sort of zero sum thinking really that helpful? We can all agree that the strongest case that could be made would be the other 31 nations refusing to take part in the tournament, but it has always been perfectly evident that this was never going to happen, so does this mean that no comment on the matter should now be taking place at all? After all, the Qatar Supreme Committee have already had to issue a written statement over this kit release. It is to be hoped that they have to operate with this level of defensiveness on a far more regular basis.

We could argue all day about whether, say, Hummel should have removed their branding from these Denmark shirts altogether, or whether it might have been more impactful to just release them with no comment in an attempt to allow them to speak for themselves (and it is notable that this is what happened in the first place – the kit was ‘revealed’ for their Nations League match against France with no comment and the statement following a couple of days later).

But the ship has sailed on a full boycott of this tournament, so it might be considered that the next best alternative is to embarrass FIFA and the Qatari government to the fullest extent possible. This sort of announcement is certainly embarrassing for them. It remains to be seen how many more there may be in the next six weeks, and how far this may all go.

It’s fair to question the motives behind making the sort of statement that Hummel have made, and yes, it may well be argued that the perfect response to FIFA’s decision to hand the World Cup finals to countries like Russia and Qatar would have been for all nations to withdraw from it and refuse to take part.

But perhaps the best that can be hoped for right now is to embarrass both FIFA and the Qatari organisers and government to the fullest extent possible. Denmark, the DBU and Hummel have given it a shot, and the question now is, what will the other competing nations do? Because there are six weeks to go, and they should really be six weeks that shame both FIFA and the tournament organisers.