Home F365 Says Derby County should now be saved, but theirs remains a cautionary tale 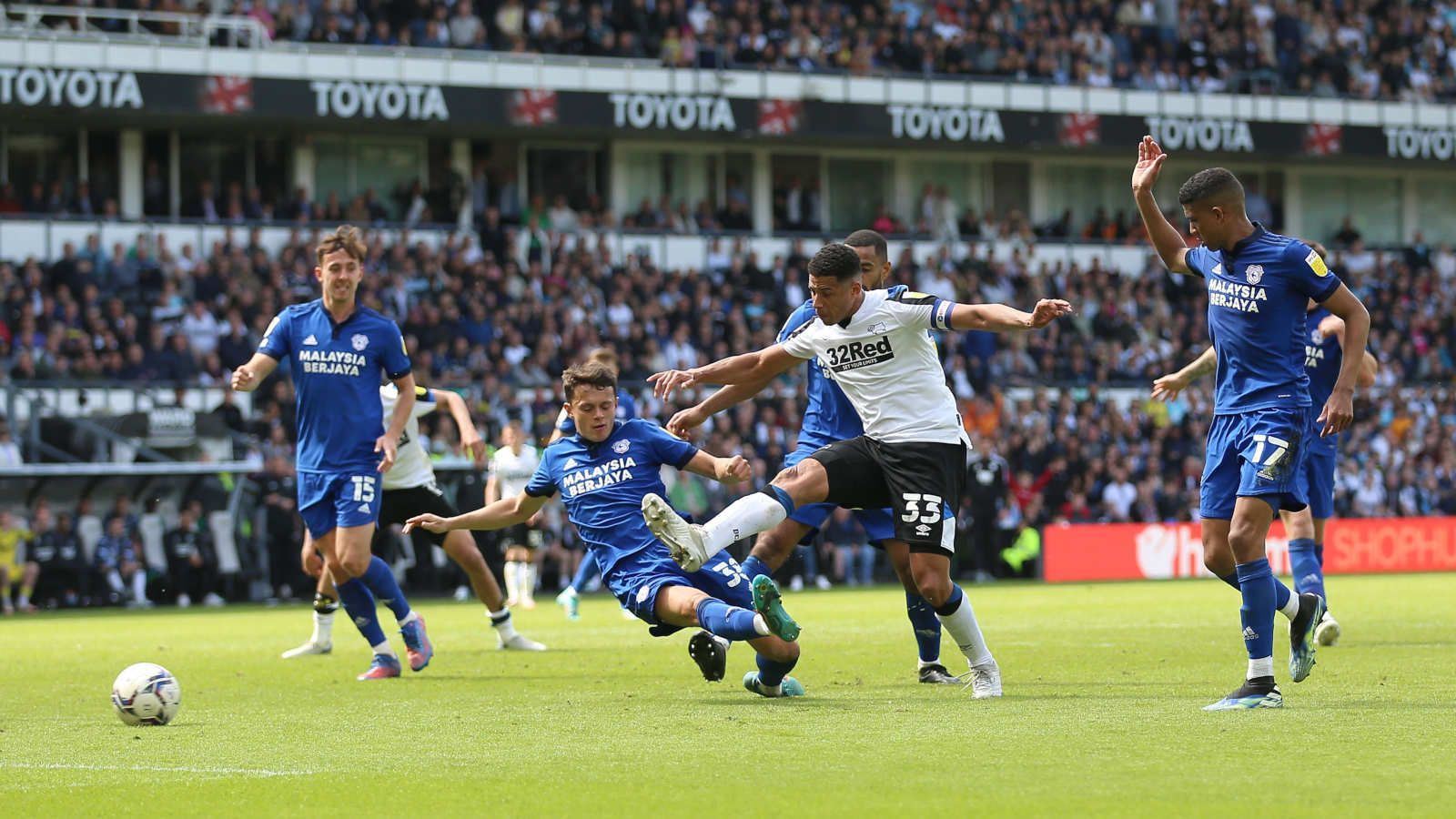 Derby County now seem likely to finally be sold, but their story of financial recklessness should not be forgotten by other clubs.

While the manager of Derby County has been otherwise engaged in the High Court this week, there finally seems to have been some movement regarding the ongoing future of his employers. Wayne Rooney couldn’t keep Derby in the Championship in the end. The points deductions proved to be too much of a hurdle to overcome. But more troubling than whether the team would be able to avoid relegation had been the questions over the sale of the club by Quantuma, their administrators.

Derby have been in administration since last September and it had never been assumed that this would be an easy sale. The club was effectively asset-less after having sold Pride Park to a holding company owned by Mel Morris. With that company having taken out a mortgage to secure the sale, Morris wanted his money back, but to anybody coming in and looking at the state of the club from the outside, it looked more than a little like Morris was trying to get someone else to pay for his mistakes. After all, it was on his watch that the club’s finances spiralled out of control, with unsustainable money having been thrown on a bonfire of wages for malfunctioning units.

But the ethics of the situation didn’t change the reality on the ground. With the proceeds of the ground sale having amounted to little more than some accounting sleight of hand to cover previous financial losses and stay on the right side of the EFL’s profit and sustainability rules, the separation of the club from its home made Derby look like a terrible investment. There were huge debts to pay, a mortgage to service for a property that they couldn’t even legally call their own, and a squad of players assembled in a panic in the last couple of weeks before the season began, which could only be put together when the EFL relaxed a transfer embargo which was starting to look like it could prevent Derby from even being able to start the campaign.

Considering the circumstances, Rooney's recruitment has been very positive 👏🏼 #DCFC

The feeling of existential crisis didn’t seem to escape the club all season, and at the end of March it was reported that Derby could yet face further deduction for next season. The headlines were a little bit clickbaity. ‘REVEALED: Derby could face ANOTHER points deduction of at least 15 points next season if a new owner fails to settle outstanding debts under EFL rules’, screeched the Daily Mail in its singularly charmless way, but it turned out the the article itself was little more than a rehash of existing rules, with which everybody involved has already presumably been long familiar.

This was typical of a lot of the coverage of this ongoing saga over the course of the autumn, the winter and the spring: a constant churn of sensationalist headlines which were usually little more than a couple of carefully curated quotes and repeats of what everybody with an interest in the story already knew. Nature abhors a vacuum, and Derby County, as some in the press certainly seemed to be aware, are a big club, bigger than their position at the foot of the Championship suggests.

The regularity of this churn certainly didn’t seem to be helping the sale along. Indeed, as the season reached its closing stages concerns started to emerge which hinted that the club’s money might be starting to run out, and that it may even end up a tall order for Quantuma to get them through to the summer.

But for all this worrying, and even after the club dropped into League One with weeks of the season still to play as Rooney’s patchwork quilt of a team finally started to run out of steam, the club continues crawling towards salvation. Chris Kirchner, the favourite to complete the sale since the outset and who had a bid knocked by the administrators last November, has maintained his interest in buying Derby despite reportedly pulling out of the race altogether. It was confirmed through a club statement that they had reached an agreement, but that no further comment would be made until the transaction had been confirmed.

And this week came another step on that long march back, with a statement from the EFL confirming that they have also provisionally agreed the sale, ‘subject to Mr Kirchner completing on the Asset Purchase Agreement and a deal being finalised in respect of a lease on the stadium by 31 May 2022.’ On the pitch, meanwhile, Derby were slipping towards relegation, but they did at least show occasional signs of fight. In the middle of April they beat eventual champions Fulham 2-1 at Pride Park, another result that hints at what might have been had they not been weighed down by this deadweight of debt for so long. Their last home game of the season, a final chance to say goodbye to the division that they’d called home for each of the previous 14 seasons, drew a crowd of more than 29,000. This potential, it might well be argued, is what Kirchner is paying all this money for in the first place.

I will be the next owner of Derby County Football Club. These contracts are conditional on the sale of the stadium and some small bits. I don’t anticipate any issues completing the rest of this process in the coming days. I’ll begin funding the club next week.

If Derby can start the season in League One without any further points deductions and with that level of support behind the club, their exit from administration should be a considered a success in comparison with where the club might have ended up. But this doesn’t mean that the events of the last four or five years shouldn’t serve as a cautionary tale to others. In the Championship, the dice are loaded against clubs that aren’t the beneficiaries of parachute payments. The two clubs who ended up getting automatic promotion were recipients. That sucks, and we know all it. Parachute payments such as these aren’t so much as a parachute as a springboard, giving clubs a huge financial advantage over those around them.

But that doesn’t mean that clubs which aren’t in receipt of them should gamble everything to try and burst through and into those places. Long-term financial wellbeing should be the absolute first priority of anybody in the position of being a club’s custodian. Championship teams have been busting a gut to try to bridge this gap in recent years, and it does sometimes feel as though a few of them have been round the twist in the pursuit of a Premier League place. This is the background against which the case for an independent regulator for football has to be positioned. At present, an indistinct promise of legislation has been made, but such is the nature of politics in 2022 that it seems premature to take that for granted. But parachute payments are a subject that needs addressing, as is the chasmic gulf between the financial resources of 20 clubs against all the rest.

Throwing money at expensive players didn’t work out for Derby County, and they’ve paid a huge price for it. The squad is likely to need work in the summer, because even if their previous financial fragility has gone by the start of next season, Derby surely can’t attempt to just throw money at promotion again. When it does come about without the guiding hand of an in-built financial advantage, success comes from having well-organised teams, clear and focused strategic planning, excellent recruitment and, yes, often some luck. It is to be hoped that other clubs in the same division, and those preparing for life in it, take notice of how badly things can go wrong.

And what of Rooney himself? Well he has pledged himself to the club for next season, and he has considerable credit in the bank for the way in which he has carried himself as their manager. Had it not been for that 21-point deduction, Derby would have finished 17th and this, it should be remembered, was achieved with all the attendant problems they had over the transfer embargo last year. It’s not quite over the line yet and what happens regarding the stadium remains up in the air for now, but the end is in sight. Rooney and his team cannot wait to get back to work.