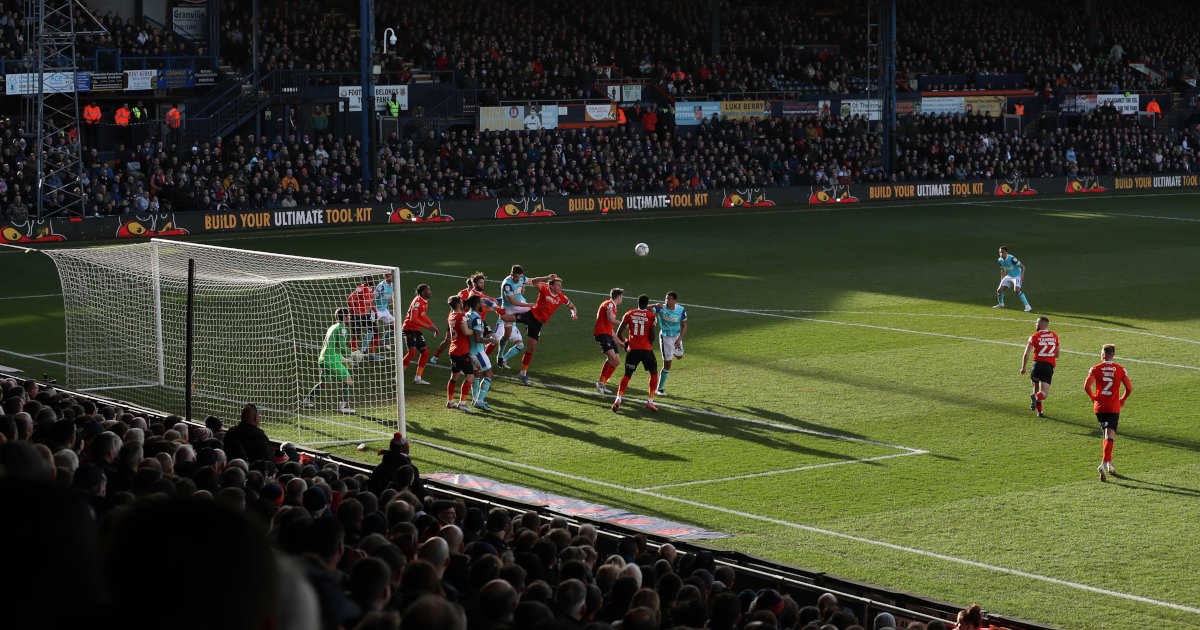 With 11 games of their season left to play, time is starting to run out at the bottom of the EFL Championship table for Derby County. They’re now eight points from safety, and off the back of three successive defeats, it’s starting to look as though they may not be able to achieve the impossible this season after all. But it says something for the current plight of the club that even this isn’t the most pressing matter at hand, after a troubling EFL statement issued on February 28 which said that the club hadn’t met an important deadline of their five-month long period in administration.

It’s been three weeks since what was supposed to be the biggest hurdle to Derby’s rescue was lifted, when Middlesbrough settled a legal claim against the club, with ‘positive talks’ over a second claim by Wycombe Wanderers allowing the administrators, Quantuma, to confirm that they could now accept bids for the club. It was believed that there were three potential bidders. But all of this optimism overlooked something quite important. Whether insolvent or not, Derby County need to continue to trade as a business, and this comes with financial overheads. Wages, for example, have to be paid at the end of each month. And the EFL wanted confirmation that the forward funding to allow the club to play through to the end of this season was in place.

The EFL had set a deadline of close of business on February 28 for proof of further funding to be received from the administrators, and when they issued a statement late in the afternoon on that day, they confirmed that no such proof had been received. The statement was about as terse as they come:

‘On 27 January the EFL and Derby County’s Administrators, Quantuma, announced a four week extension to the deadline for the provision of evidence of sufficient funding to complete the current season.

‘The Administrators have not yet provided that evidence, and we await an urgent further update from them on both that and the announcement of a preferred bidder.’

There was, from the statement, no indication that they were aware of any particular reason why there should have been a delay. Indeed, there was nothing in their brief statement to confirm that the administrators had even spoken to them about this. The four-week grace period was up at the end of the following day, and there had still been nothing to confirm that the club had the funding to the end of this season.

As things stand, Derby are already known to have funding secured to the end of March, but what happens then? The matches played in the EFL Championship in April and May could end up being worth tens of millions of pounds to the winners. The danger comes if players start going unpaid and matches become at risk. The EFL has, of course, already had to deal with the situation regarding Derby, Middlesbrough and Wycombe this season; it seems inconceivable that anyone would want more legal threats from clubs unhappy at competitive imbalance, or that they’d want a repeat of the position in which they found themselves over Bolton Wanderers at the start of the 2019/20 season.

If this stasis continues, there will certainly be ramifications for Derby, with The Sun reporting that it is possible that the club may have little alternative but to exit administration having made an offer of less than 25p in the pound to creditors, which would trigger an automatic 15-point deduction regardless of which division they are in next season. This and the patchy form obviously has a knock-on effect on the club’s financial value. Buying Derby County in the Championship next season with no points deduction would be a very different prospect to Derby County in League One with a 15-point deduction.

There are other issues, too. HMRC need to agree settlement, and as a preferred creditor they will have to weigh up taking a significantly reduced offer or receiving substantially less from liquidation. And then there’s Pride Park, which is still owned by a company owned by Mel Morris, the man who put the club into this desperate position in the first place. The administrators had assurances from both Morris and MSD (the company owned by Michael Dell, who hold a charge on the ground) that the stadium can be sold for an agreed option price, but as time passes with no announcement having been made, the more tensions will inevitably rise among supporters.

Sky’s Rob Dorsett has now reported that there are ‘no plans’ to expel the club from the EFL, but this doesn’t ultimately answer the questions that the EFL are now asking very loudly: who are the preferred bidders to buy the club, and who’ll be paying all those wages until the end of this season? Further reports in The Sun (contradicting their earlier reports) have suggested that the club may take another MSD loan to get through to the end of the season, but this would indicate that the administrators may be no nearer finding a preferred bidder than ever, despite all the positivity that followed the Middlesbrough announcement.

The ultimate problem for Derby County is that, in strict financial terms, they owe substantially more than they are worth. They are effectively asset-less. Except, of course, it doesn’t quite work like that. Whoever buys the club is doing so primarily for the name, and potential of the club, for the unbroken history of being one of the 12 founding members of the Football League in 1888 and, ultimately, the supporters of the club. It is to be hoped that there is a good reason for keeping them hanging on. Yet again.