Home Derby County Derby will survive, but will the EFL and others finally learn lessons this time? 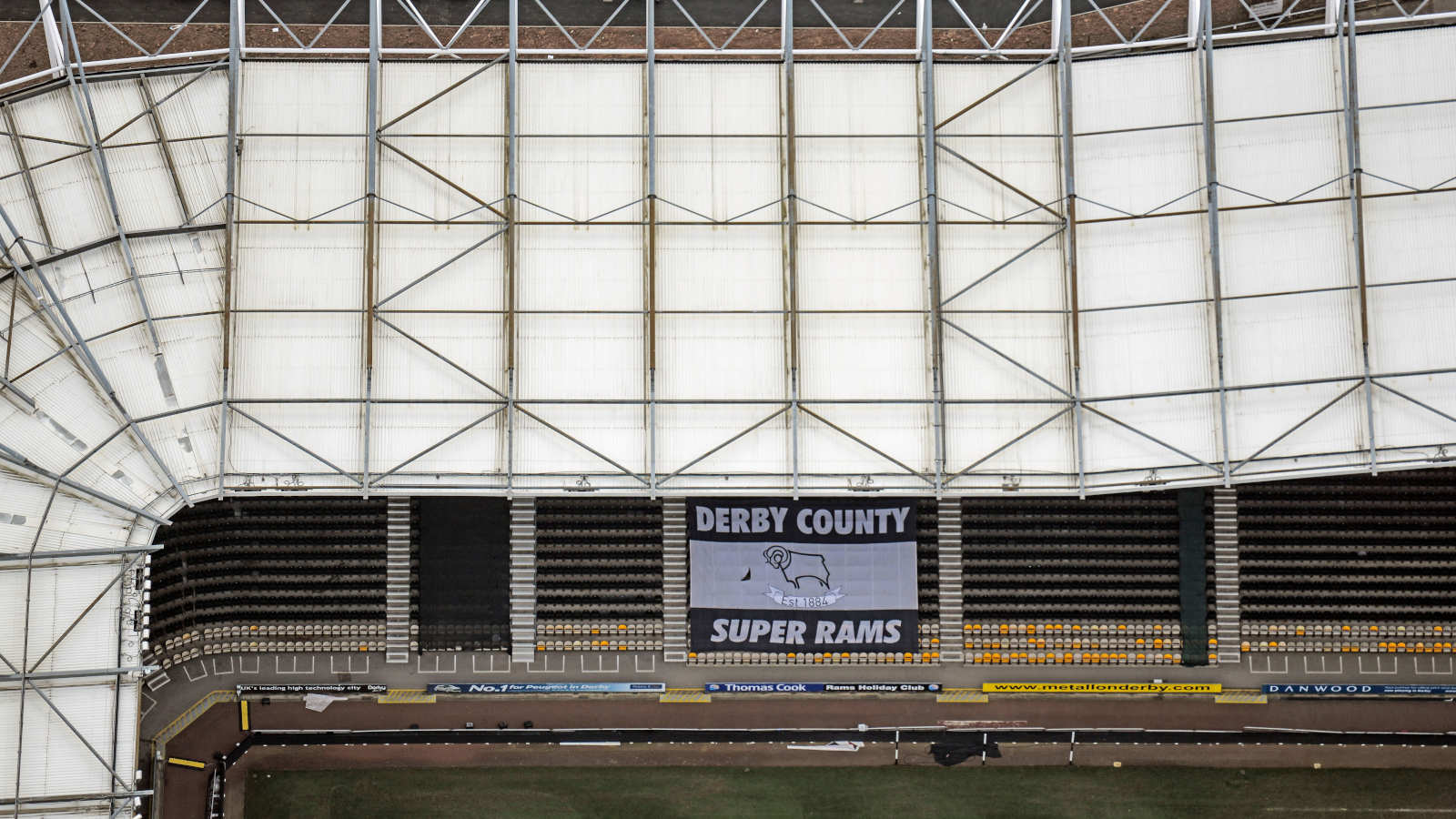 Derby County are under new ownership, marking the end of another protracted financial crisis in the EFL. But can or will lessons be learned?

A lengthy story finally came to an end, at the end of last week. Derby County have been saved after Clowe Developments, a Derbyshire-based company, stepped in to rescue the club from the ongoing peril of administration, following the almost entirely predictable collapse of apparent tyre-kicker Chris Kirchner’s bid for the club. It’s a point to take a huge exhalation and to look forward to the start of a new season in slightly reduced circumstances, but with a huge weight having been lifted from the club’s shoulders.

And what a cast this story had. There was the hero-turned villain in the form of former owner Mel Morris; two former England captains, Frank Lampard and Wayne Rooney; Marcelo Bielsa’s Leeds United team; the EFL; and, it occasionally felt, the entire rest of the Championship. There were failed bids from a Sheikh and… whatever on earth an Erik Alonso is. Even the team of free transfers that they had to start 2021/22 with, featuring Ravel Morrison, Sam Baldock and Phil Jagielka, had a hint of the ‘Inglourious Basterds’ about it.

It had been two and half weeks since the end of the Kirchner bid and things were starting to look somewhat desperate, when the Clowes news broke. Kirchner’s attempts to buy the club had, frankly, achieved no more than earning him some cheap publicity while wasting everybody else’s time. The writing was on the wall for that attempt as soon as stories started to emerge of delays with transferring the money required from the USA to England to tie it all up.

To anybody with an iota of knowledge about how finance works, this was obvious rot. In the 21st century, the financial world is completely dependent on electronic payments is easier than ever, even for very vast amounts, and although extra checks are required for various security purposes, including money laundering, it is simply not the case that it is a particularly arduous task to transfer large sums of money business to business in the 21st century.

It never felt as though the case there was a hiccup with this deal – certainly not the sort of hiccup that couldn’t be resolved comfortably within 24 hours – would be more about banking procedures than it would be about this money not actually being there in the first place. There remains no documentary evidence that it ever was, and his bid withdrew after he was unable to provide proof of funding to either the administrators, Quantuma, or the EFL. It’s easy to write off Kirchner as an ‘attention-seeker’ and little more, but the legacy of his involvement in Derby hardly makes a Google search for his name an experience that he’d want to share around, that much.

One person synonymous with this period in the Derby County’s history who will not be there for the next chapter is Wayne Rooney himself. Rooney left within hours of confirmation of the takeover, which seems strange, considering that he was one of the few who did stick it out from beginning to end. There have been stories of his agent, Paul Stretford, being under investigation for allegedly paying players’ wages in an attempt to push through Kirchner’s bid, and it might well be that his closeness to the agent is one of the reasons behind his swift departure, but there’s nothing certain and all the talk surrounding him leaving the club has so far largely been couched in familiar football cliché.

The verdict in the Wagatha Christie case in which his wife is embroiled is due, and it would be unsurprising if both of them could do with a holiday after the events of the last year or so. But if Rooney isn’t feeling like he could do with actually enjoying some of the money that he’s earned over the years and wants to jump straight from a fire back into a frying pan, the Birmingham City are said to be interested in taking him on to replace the finally-departed Lee Bowyer, whose strange summer of simply being ignored by the club’s hierarchy does now seem to finally be at an end. But it is worth asking what the appeal of Birmingham would  to Rooney. Just because he was good at it – albeit good enough to overcome a 21-point deduction last season – doesn’t necessarily mean the he enjoyed it.

There are, of course, plenty of lessons that should be taken from this whole sordid story, of which the most important is that the most important job of anybody in a position of influence of the running of a football club is custodianship. To ensure that the business ‘s future isn’t threatened through reckless decision-making. Mel Morris may well have been a Derby County fan, even the most successful of businessmen can start to make mistakes when their emotions start to override their common sense. Morris’s critical faculties let him down badly, and the upshot of it all was the near-death of something that he professed to care about very deeply indeed.

The Championship is a division that seems to exist in a cycle of FOMO. Every August it starts again, owners looking at the possibility of a place among the Premier League, sometimes without having worked out that spending money in this division is a hundred times more difficult than spending money in the Premier League because, well, you can’t get the calibre of player that you can in the top flight. The pressure is relentless and the season is a 46-game slog that takes until the last day of the season to fully resolve.

If you don’t receive parachute payments from the Premier League, you’re automatically at a huge disadvantage compared to those who do receive them, the wage demands will probably result in you paying more on those alone than your entire revenue for the season, and losses are capped to a relatively modest £13m per year on a rolling three-year basis. It’s really difficult, and there’s little to no sympathy for those who get it wrong. But these are just some of the costs of running a football club, and yet still there is no shortage of the people who will step in if they have to. All the best of luck to David Clowes, the man behind saving the club. Derby County’s future can now finally begin.