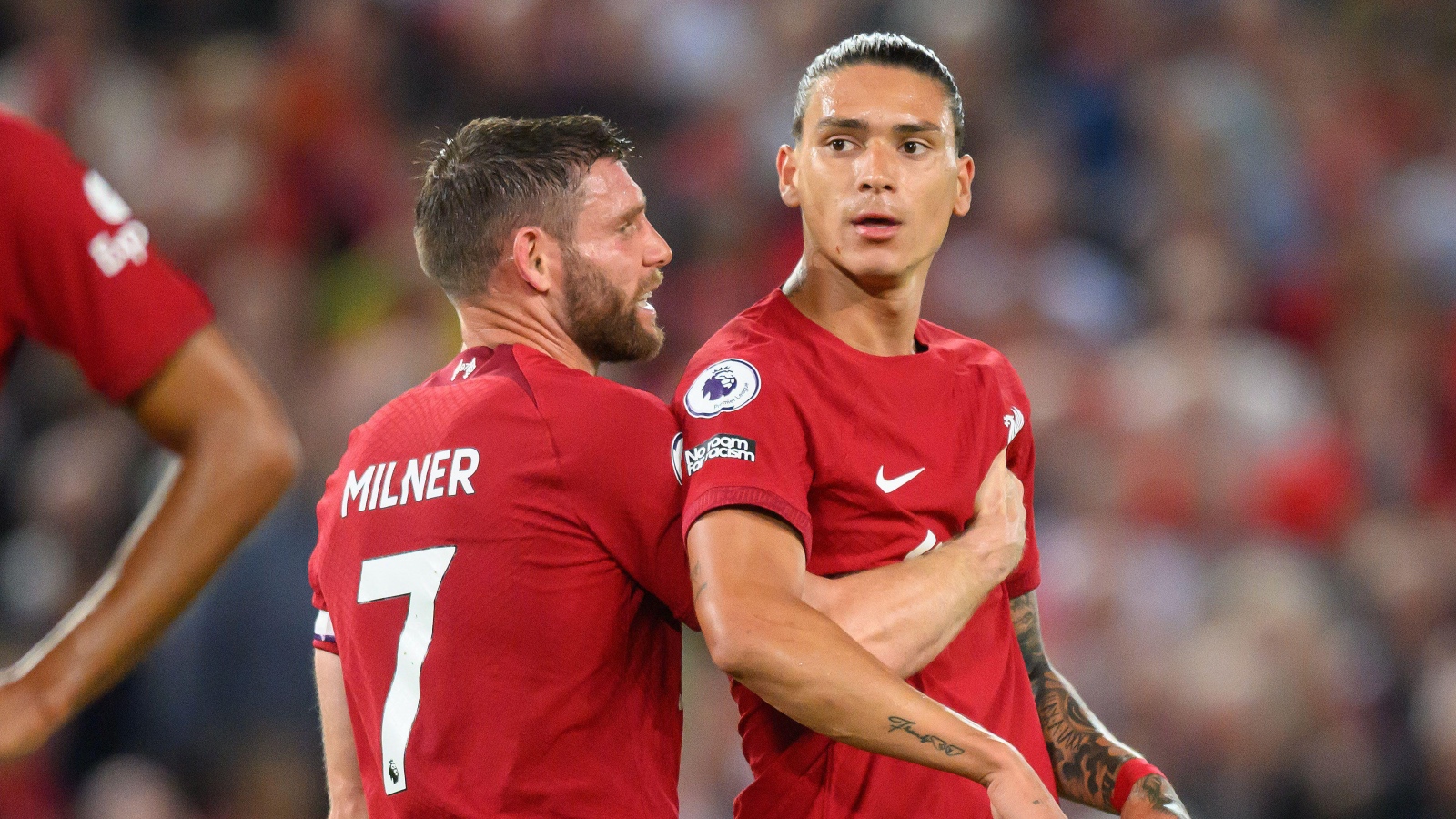 Four points behind Man City, a long injury list, a Mohamed Salah nadir and a three-game suspension for Darwin Nunez. It falls to Luis Diaz to keep Liverpool in the running…

Nat Phillips was a predictable target on social media. The centre-back isn’t good enough to be playing for a title-chasing team and certainly isn’t a good fit for Liverpool, who play with a high line come rain or shine. After drizzle on the opening day, it’s definitely raining now.

Phillips’ body position wasn’t perfect as Wilfried Zaha zipped past him, but even if it had been, Wilfried Zaha would have zipped past him. If anyone is to blame for the goal it’s Jurgen Klopp for refusing to adapt with Phillips’ limitations in mind, but sometimes it’s not really anyone’s fault, and on this occasion Liverpool have the caveat of ten first team players being ruled out through injury, including two centre-backs, with a third – Joe Gomez – only fit enough for the bench.

We are programmed to criticise big teams rather than praising the smaller ones, and on this occasion it was more about the brilliance of Eberechi Eze – who controlled the ball, glided past Fabinho and perfectly weighted his pass – and Zaha, who beat the offside trap and somehow both smashed and slotted a side-footed shot into the far corner.

Sometimes you just have to tip your hat to footballing excellence, and it was a perfect counter-attack from two players clearly told to grin and bear the defending they would have to do for 90 per cent of the game for that one moment.

Liverpool, who had dominated proceedings up to that point, didn’t quite panic – understandably, given they picked up more points (21) than any other from behind last season – but the big man up top did look to be too tempting a method of forcing a goal.

Crosses don’t need to be so precise with Darwin Nunez around and it looked as though Liverpool haven’t quite got to grips with his movements, when to play him in and when to ignore him. They now won’t have to worry about that for a while.

He’s young, inexerienced in the Premier League and was wound up expertly by Joachim Andersen, but nothing excuses the idiocy of Darwin Nunez, who will miss Liverpool’s next three games as well as the last half an hour at Anfield on Monday.

The 23-year-old was shouting at someone as he begrudgingly left the pitch, presumably out of embarrassment over the red mist which had descended all too easily. If he responds to a shove in the back with a headbutt he’s not going to be on the pitch all that much this season.

He’s a fan favourite because he cost £85m and his goal and assist in the draw with Fulham, despite being extraordinarily fortunate, understandably raised expectations as to what he can produce. Liverpool arguably looked better after Nunez was sent off than in the period following Palace’s goal, but particularly given their injury strife, he will be a big miss in the coming weeks. Klopp won’t be so quick to excuse such behaviour in future.

It wasn’t Mohamed Salah who grabbed the game by the scruff as Liverpool went down to ten men as we would normally expect, as he continues his below par start to the season, but Luis Diaz. He was winning balls back in his own half, probing for weaknesses in the Palace rearguard, and without all that much support in attacking areas, decided to take it upon himself to draw his side level.

The run was great, as he jinked through a couple of challenges to make himself room, but the strike into the corner was better. For a slight man he showed wicked power as he wrapped his foot around the ball.

He was by far the most potent attacking threat for Liverpool and given the injury problems, Nunez’s suspension and what looks suspiciously like a Salah nadir, it may well fall to Diaz to keep Liverpool in the title race.

We’re only two games in and it would be daft to talk about the title race in a time before Manchester City. But the ease with which Pep Guardiola’s side won their opening two games suggests they will be at it once again.

Assuming the Premier League champions this season will need 95 points, if that’s to be Liverpool, they’ve already dropped over 20 per cent of their leeway. Fortunately it’s Manchester United next.