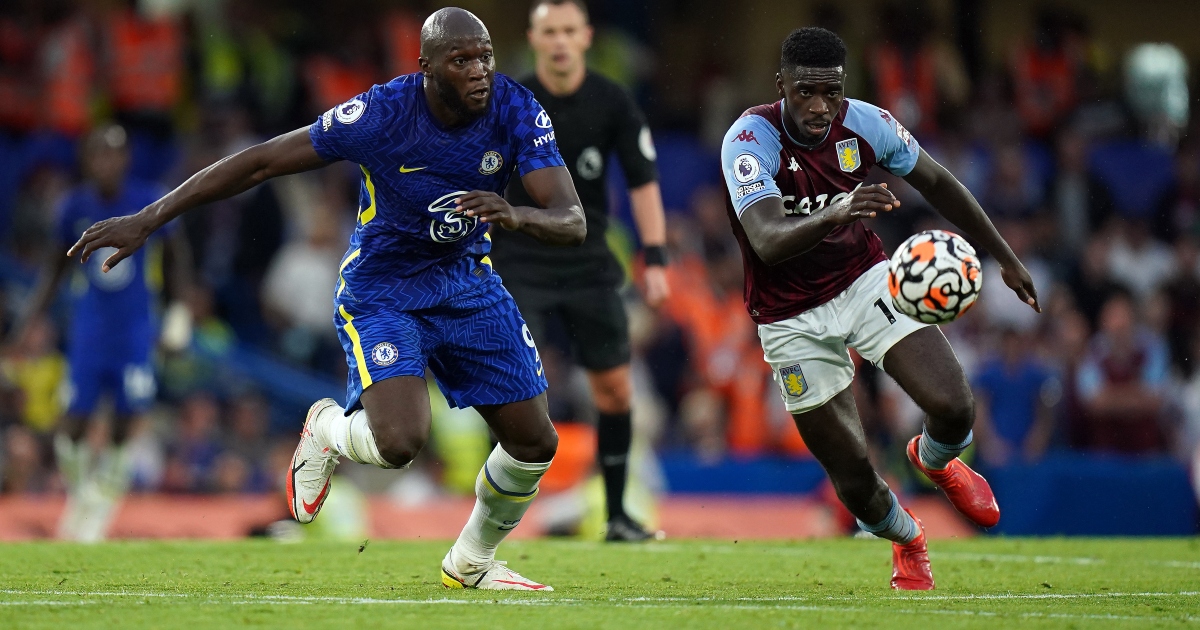 Aston Villa turned in their best performance of the season while shooting themselves in the foot. Twice…

Aston Villa lost on the road for the second time this season and again they conceded three goals. But Dean Smith will take far more encouragement from this defeat than the abject opening day at Watford.

A 3-2 scoreline flattered Villa at Vicarage Road, so abject they were, especially in the first hour. At Chelsea, the margin of defeat did not reflect Villa’s contribution to a hard-fought encounter, but it highlights the work Smith has before him to get the most out of the exciting squad at his disposal.

His most pressing job: curb the Villans’ appetite for self-destruction.

The European champions won’t need many helping hands at Stamford Bridge this season, but Villa offered theirs far too willingly. Early goals in each half were entirely avoidable, with two of Smith’s three centre-backs culpable for Chelsea’s advantage.

Axel Tuanzebe will wince when Smith shows his players the video of Romelu Lukaku’s opener. Tuanzebe, back for another loan spell from Manchester United, made a series of errors before being made to watch his former team-mate open the scoring.

First, he allowed Lukaku a free run at Mateo Kovacic’s pass under the mistaken assumption that Jed Steer was sweeping up behind Villa’s high line. Regardless of who was in the Villa goal, it was never the keeper’s ball. Then, in a woefully desperate attempt to rectify his error, Tuanzebe lunged in to block a shot that never came. Instead, Lukaku cut inside with ease, sitting down the Villa defender to allow him a perfect view of a clinical right-footed finish.

If Villa made it too easy for Lukaku’s first Stamford Bridge goal, Tyrone Mings gift-wrapped Kovacic’s.

Mings’ error – an infuriating habit of the England defender’s – was as layered as Tuanzebe’s. Firstly, in an effort to stop Lukaku receiving Callum Hudson-Odoi’s throw-in to his feet, he allowed the Chelsea striker to run in behind. Tuanzebe offered some cover before offering Mings the ball. But the centre-back’s body position was hopelessly wrong. While attempting to shift it and belatedly scan his surroundings, he allowed the ball to run across his body in Kovacic’s direction. Stretching, Mings undercooked his back-pass, allowing the Chelsea midfielder a simple finish past the once-more-exposed Steer.

Even Lukaku’s second goal, Chelsea’s third, was preventable. But the game was up by then. Between the hosts’ first and second strikes, Villa should have regained parity.

Ollie Watkins was denied by Edouard Mendy and then Thiago Silva, while the Chelsea keeper also kept out Mings and Ezri Konsa. In the first half, Mendy was arguably the Blues’ best player.

So worried was Thomas Tuchel about what was unfolding before him, the Chelsea boss hooked Saul Niguez halfway through his Blues debut so Jorginho could restore some order in front of the hosts’ defence. But still the Villa opportunities came.

They attempted more shots than Chelsea – 18-12 – and managed two more shots on target than the Blues’ four. In no games this term have Villa created more shooting opportunities than they mustered in the European champions’ back yard and only five times all last season did they do so. But where Villa were wasteful, Chelsea were ruthless.

Still, despite the errors, this was Villa’s best performance of the fledgling season. Smith will expect his new forward line to sharpen up as they settle in at Villa Park, but the defence remains a concern. All four of their games have been littered with mistakes, individually and as a unit. Only if they stop shooting themselves in the foot can Villa achieve their obvious potential.