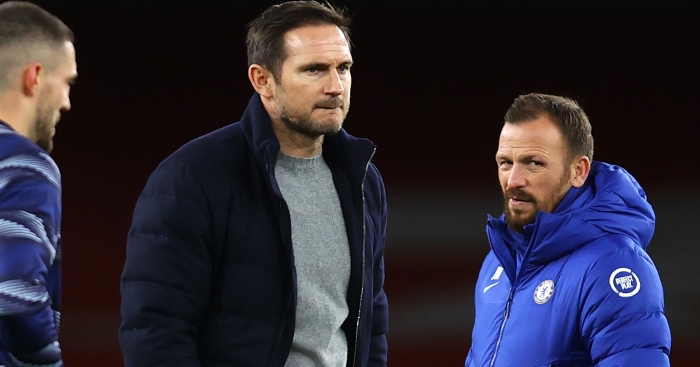 Chelsea’s players chose a bad time to phone in arguably their worst performance under Frank Lampard.

A 3-1 defeat to Arsenal leaves the Blues boss facing perhaps the most intense scrutiny of his year-and-a-half-long reign. Lampard was keen to shift the burden of blame on to his underperforming stars in the immediate aftermath of a third consecutive away defeat, and the manager was right to shine a light on his team’s mental shortcomings. But with Chelsea languishing in sixth, wasting an opportunity to climb into second place, Lampard can’t just shuffle away from the spotlight.

So poor was Chelsea’s attitude at the Emirates that the manager cannot be excused. Arsenal, bereft of confidence and looking over their shoulder at the relegation zone, may have looked like a beaten side on paper but that is no excuse for Chelsea approaching this London derby with such obvious and unacceptable complacency.

Usually, at the highest level, it is too simple to view a result as a consequence of hunger and desire – but not here. Arsenal made a fast start to a game their fans must have dreaded and the Chelsea players looked most put out that this was not going to be the pleasant Boxing Day stroll that they had anticipated.

Lampard insists he made clear to his squad that Arsenal, though obviously wounded, were dangerous. That being true, the message clearly did not get through.

Perhaps as much as the players’ mindset warrants scrutiny, so too do the manager’s decisions. Mikel Arteta has been lambasted for Arsenal’s over-reliance on crosses but Lampard was guilty of that too. Chelsea chucked in 26 deliveries from wide in open play, the most any side has attempted against Arsenal this season, but their most dangerous players were again stuck on the flank, in Timo Werner’s case, or watching from the bench, where Olivier Giroud remained for the whole 90 minutes, despite having scored Chelsea’s last six goals away from Stamford Bridge.

Werner needs a change as much as Chelsea. The striker is without a goal in 10 games while appearing stranded on the left side. Werner often drifted towards the left while playing as a central striker for RB Leipzig but pinning him there is doing the Germany star no good. Lampard has to find a way to get the best out of Werner and Kai Havertz, a late substitute at the Emirates, which may mean deviating from his beloved 4-3-3.

But the tactical concerns are secondary to Lampard’s worries over Chelsea’s mentality, especially with buoyant Aston Villa and Manchester City due at Stamford Bridge in the coming week.

For Arsenal, the outlook is suddenly brightened by derby triumph. This victory could be a turning point for Arteta. It has to be.

Out of the blue, the Gunners scored three against Chelsea for the first time in four years, and more than a couple against a big six opponent after failing to do so for more than two years. Having had their confidence eroded by a winless run of seven Premier League games, this must serve as a shot in the arm for these players.

And Arteta has no reason not to stick with them. Pierre-Emerick Aubameyang may well come in having being named on the bench today while he nurses a calf injury, but Willian and David Luiz should be in for a longer wait to return to the XI once they have recovered from the illnesses that saw them sit out Arsenal’s first win in eight.

The younger players, who Arteta had little choice but to turn to, should be the ones the manager backs to turn his and the team’s fortunes around. Bukayo Saka has been one of the few bright sparks in Arsenal’s dark season but fellow rookies Gabriel Martinelli and Emile Smith Rowe followed Arteta’s blueprint to the letter.

Smith Rowe was the most surprising name on the team-sheet but the youngster used his first league start of the season to show that he can play in the No.10 position as Arteta requires. Just his work in winning back the ball indicated the contrast between how Arteta and Mesut Ozil might see the role, while Gabriel Martinelli’s graft – the forward made more tackles than anyone else prior to his substitution – highlighted how he should become the most important Brazilian at the club.

Emile Smith Rowe made more ball recoveries (6) than any other player during his time on the pitch and no Arsenal player created more chances (2).

An assist as a reward for his fine work. 😤 pic.twitter.com/xbJcdyuHOI

Of course, this is still Arsenal, so victory was not as comfortable as it should have been in the end. But Chelsea’s late, half-baked onslaught was met by defenders willing to put their bodies on the line, with the pairing of Rob Holding and Pablo Mari, in his first Premier League appearance of the season, appearing to relish being among the muck and bullets, even if Chelsea were misfiring.

They enjoyed some luck too. After weeks of feeling like they weren’t getting the rub of the green, Arteta cannot claim that Arsenal did not benefit from some good fortune. Their goals came courtesy of a debatable penalty, a wonderful free-kick and a mishit cross. But if luck can be earned, then the Gunners certainly deserved it. With a little more, the margin of victory would have been more emphatic and few would argue that it would have flattered them.

For Arsenal, this is a platform upon which to build when previously it appeared that the foundations were crumbling. But Lampard has some urgent remedial work to undergo before the roof falls in on him.