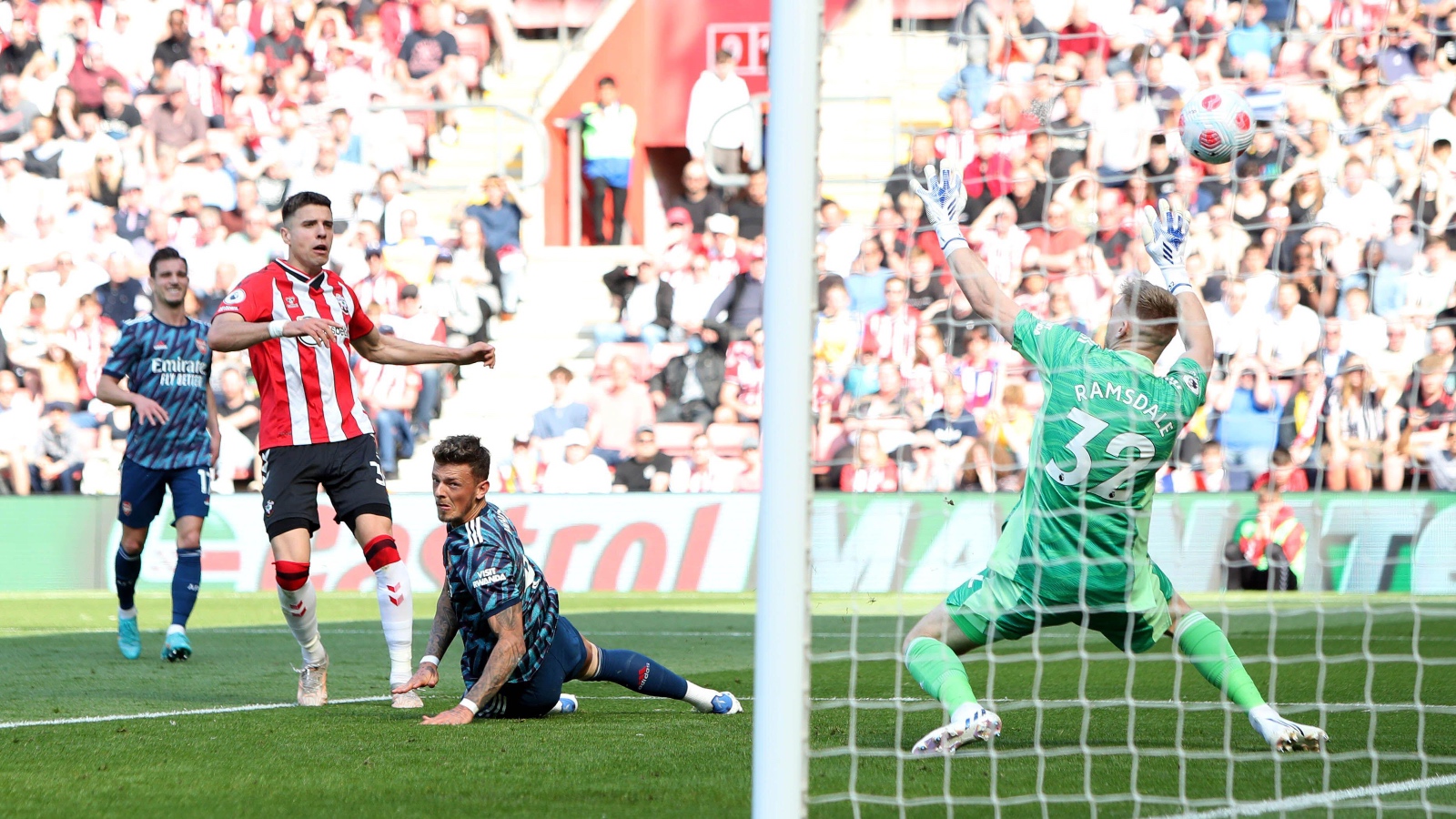 The Arsenal players didn’t play that badly, they just don’t have very good players. Mikel Arteta’s side fluffed a huge opportunity on Saturday against another team with nothing to play for. January inertia, as EVERYONE warned, has cost them dear.

Arsenal couldn’t get anything going. A team that was scoring some beautiful goals a little over a month ago through quick movement and one touch football, now looks incredible short of ideas. That goes with a lack of confidence, but also, more simply, a lack of quality footballers.

Cedric Soares has been praised to the hilt by Arteta in recent weeks, but wasted every dead-ball situation he had on Saturday and is very much in the old school category of full-backs – those with energy and grit, for whom a decent cross a game is a bonus not an expectation. Southampton – Cedric’s former employers – have two better right-backs, Kyle Walker-Peters and Tino Livramento, and that shouldn’t be the case given their relative budgets. Cedric is fine, but that’s the case for far too many members of this Arsenal squad.

Granit Xhaka is fine. Eddie Nketiah is fine. Albert Sambi Lokonga is (currently) fine. Nuno Taveres is fine on a good day. And when the best players, like Bukayo Saka, like Martin Odegaard, are inexperienced, they can’t and shouldn’t be expected to carry their mediocre teammates through every game of the season. Those players aren’t devoid of blame, they were far from their best and both Saka and Emile Smith Rowe had very good opportunities that were saved expertly by Fraser Forster, but they shouldn’t have given the goalkeeper any chance. No brilliant player can be brilliant all the time, let alone relative youngsters. They need (and please excuse the simplicity of this statement) to be playing football with better footballers.

When the sum total of your team’s attacking endeavour is give it to Cedric Soares to cross it, there’s something very wrong.

This was a Southampton side that had been battered 6-0 by Chelsea last time out and they dealt with Arsenal, on the whole, pretty easily. In the absence of Kieran Tierney, Odegaard is seemingly the only source of creativity behind Saka and Gabriel Martinelli, and they couldn’t get the ball to him. Ralph Hasenhuttl deserves credit as the game plan was clearly to stuff up that No.10 area and allow Arsenal to have it out wide, where they knew there was no real danger, but that stifling strategy is made easy when there is only one avenue to block.

The impact of Tierney’s injury has been quite something. After a run of six wins in seven with Tierney, Arsenal have contrived to lose their last three against teams in no danger of going down and with no hope of European football without the left-back. He’s a fabulous footballer but there’s no way he should be that influential.

Perhaps the big worry for Arsenal is that no-one played that badly against Southampton. None of them were at the top of their game but you couldn’t point to any individual and say they did much less than what’s expected of them. A lot of them aren’t good players playing poorly, but average players playing averagely.

And they did have an opportunity in January, when there were widespread calls for reinforcements with Champions League qualification a real possibility, to buy a striker, or a midfielder, or at the very least sign players on loan to tide them over. Because they will make those additions in the summer, and the pool of potential recruits will be limited should they now lose out to Tottenham or Manchester United.

This was a bad result for Arsenal, but not unexpected. With the shallow squad and the injuries they have, they are not a team good enough to qualify for the Champions League. But we knew that and presumably they did. And should they not make the top four they will look back to the January transfer window and think what could have been.