Home Winners & Losers Early winner: Edouard, the Palace striker we all ‘wanna be’ 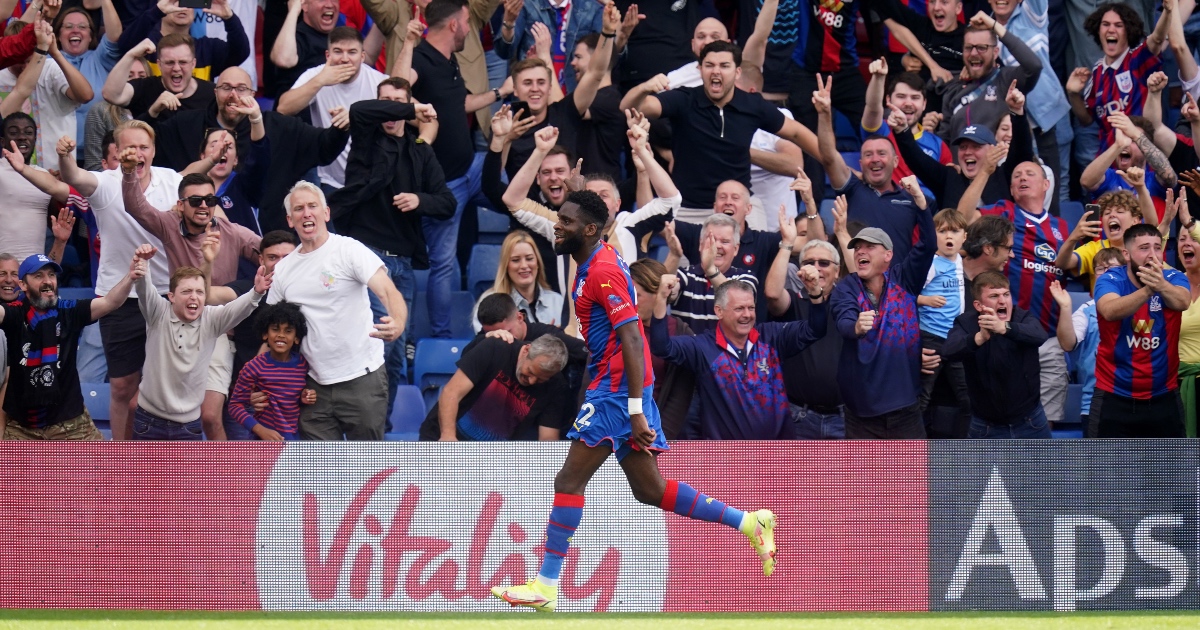 “We’re trying to play football,” Wilfried Zaha said in his post-match interview. They certainly are. This is a very different, very fun Crystal Palace.

“Tight” and “cagey” were the synonyms for terrible selected by Darren Fletcher after 30 minutes at Selhurst Park – it was indeed “very 0-0”. “Sometimes it takes half an hour or so after an international break for the players to get going,” added Jermaine Jenas.

That was the case for Palace, who woke up and took advantage of Spurs‘ ongoing malaise.

There were plenty of absentees for various reasons and Eric Dier’s early injury meant the back four had very little Premier League experience combined – something illustrated by Japhet Tanganga’s inability to allow the red mist to disperse after a confrontation with Wilfried Zaha, leading to two yellow cards in five minutes. But even before Spurs were reduced to ten men, Harry Kane was isolated and as toothless as the rest of his teammates.

Nuno Espirito Santo employed a diamond with Oliver Skipp as the base, Harry Winks and Pierre-Emile Hojbjerg at the sides and Dele Alli at the point. It wasn’t expansive or creative – as we could have predicted – but was by no means solid either. One might have expected Conor Gallagher to struggle against three defensive midfielders, but he found space incredibly easily. Or at least he made it look incredibly easy – he’s certainly got a knack for sniffing out areas from which he can affect the game.

It was either going to be the Chelsea loanee or Zaha to break the deadlock. They were both brilliant throughout and both key to the Palace opener. Zaha played a one-two on the wing with Christian Benteke, before feeding Gallagher, who was making yet another inside run down the side of the centre-back pairing, off the shoulder of one Spurs midfielder or another. The 21-year-old’s final pass or shot was lacking at times and again his cross failed to find a teammate, instead striking substitute Ben Davies’ outstretched arm.

The noise at Selhurst Park, which was loud from the outset, became consistent as Zaha slotted the penalty, before deafening status was achieved ten minutes later. Arguably, it was the perfect moment for those utterly brilliant fans. Their new manager, who has backed up good signings by playing good football, brought his £15million striker off the bench to control the ball with his first touch and score with his second.

Perhaps the Palace fans couldn’t quite get it together in the 27 seconds it took Edouard to score, or perhaps it couldn’t quite be heard through the TV (I doubt that), but the adapted Stone Roses classic, which has rung out at Celtic Park for the last three seasons, was the only absence in a wonderful moment. We surely won’t need to wait too long for the man to be adored in verse.

Zaha played a huge part – running down the wing and cutting the ball back brilliantly – just as Gallagher did soon after, slipping a delightfully disguised ball through to Edouard to score his second on a dream debut. ‘I wanna, I wanna, I wanna….’

What was especially notable was the way in which they continued to push forward. Patrick Vieira praised Roy Hodgson after the game for “setting the foundation” at Selhurst, and he’s right to, but Palace were a foundation but little else before this season.

On Saturday, with the crowd roaring and their foot on Spurs necks, Palace pressed on. Even without Eberechi Eze – a huge miss for this team – they’ve got creativity and exciting talent in abundance, and, crucially, are playing the sort of football to allow that quality to fluorish.

Marc Guehi and Joachim Andersen – whose distribution was something to behold – are a really well balanced centre-back duo, Gallagher has arguably been the best ‘Chelsea midfielder’ in the Premier League so far this season, Zaha finally looks to be playing in a team that will support rather than rely on him and after today, we all ‘wanna be Edouard’.