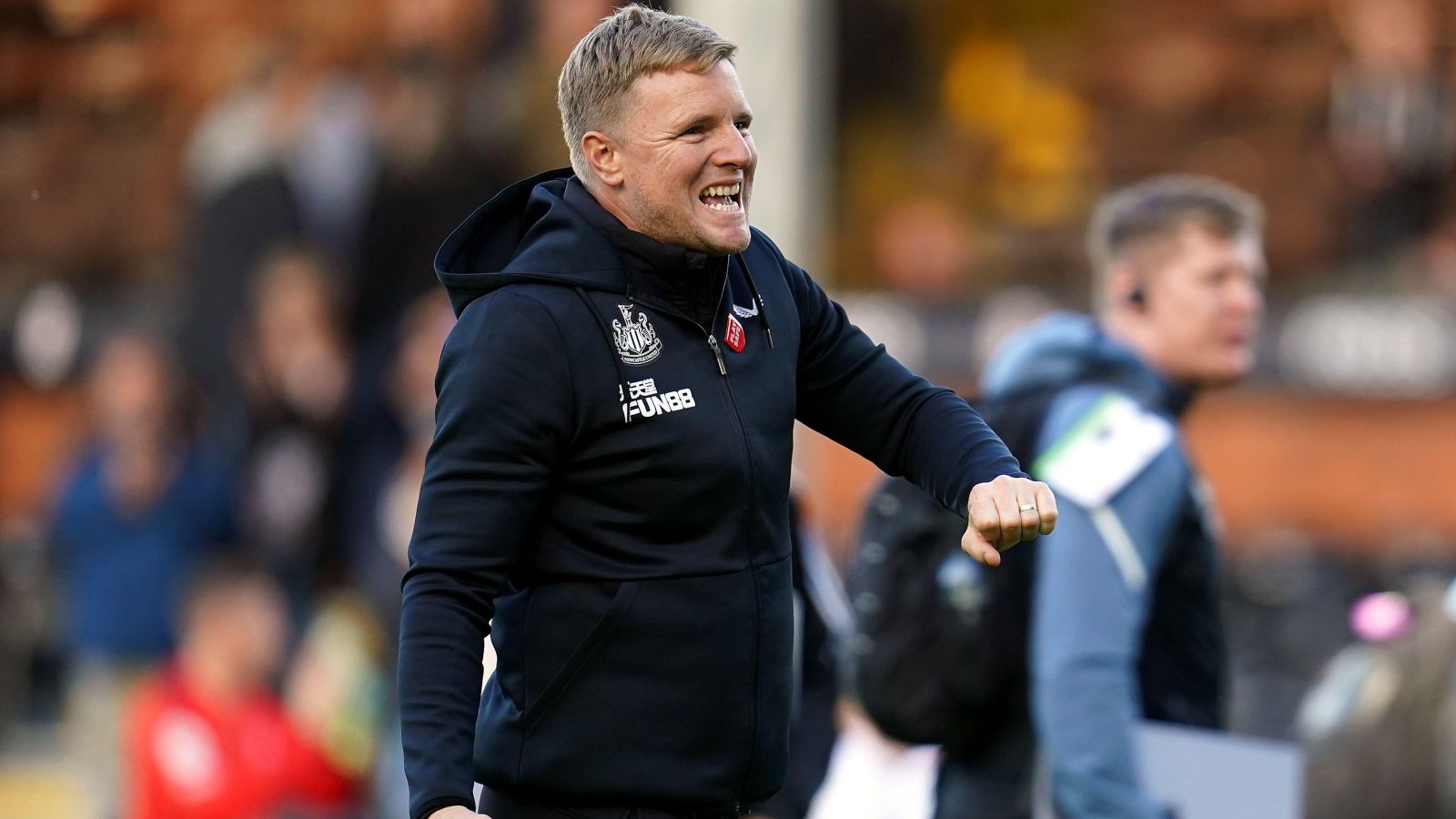 Facing 10 men for 82 minutes might have backfired on Newcastle. Instead, they made the very most of their break to mark a fresh start to the season…

Early winner? Newcastle might be our earliest winner after blowing Fulham away before half-time at Craven Cottage. Which absolutely no one saw coming…

Results, injuries and some ropey officiating have somewhat soured the Magpies’ mood of late, even as they approach the one-year anniversary of their Saudi-led takeover. The went into the international break on the back of five draws and a last-gasp defeat, a run that furrowed many a brow on Tyneside. The expectation of Newcastle this season was never clear. Whatever it might have been, Eddie Howe’s men weren’t meeting it.

The break itself was a fraught fortnight, with Magpies flying off around the world and returning with injuries. Even the shlep south was problematic thanks to to industrial action on the railways, and upon their arrival at Craven Cottage, the mobilised ranks of the Toon Army were greeted with a surprising, perhaps underwhelming team sheet, missing the names of Alexander Isak and Allan Saint-Maximin.

Then Newcastle got the break they might say has been weeks overdue, one they will feel absolutely no guilt over seizing given calls that have gone against them in recent games. The decision itself to dismiss Nathaniel Chalobah didn’t represent a change in their luck, rather the rush of blood to the Fulham midfielder’s head that prompted him to lunge, studs first, on Sean Longstaff.

Newcastle still had to capitalise on Chalobah’s madness. Howe’s side have struggled against opponents content to sit in and soak up pressure and the numerical disadvantage should have prompted Fulham to follow Palace and Bournemouth’s lead. Facing a side a man light could have sparked more pessimism than optimism among the travelling supporters.

So the swift arrival of their opening goal would have been a huge source of reassurance for nervous Magpies. Chalobah won’t have had time to take his boots off let alone turn on the bath taps before Callum Wilson – his mere presence a boost in itself – headed Newcastle in front on 11 minutes.

From then on, there was an impressive authority about Newcastle, even allowing for their one-man and one-goal advantages. Confidence flowed through every aspect of their play, evidenced most conclusively by an outrageous second goal.

Had Newcastle not started so fluently and dominantly, perhaps Miguel Almiron might have controlled Bruno Guimaraes’ chipped pass when it landed on his left foot to the right of Fulham’s box. Instead, with their adrenaline flowing after an early double shot, Almiron thought ‘f*** it’ – in Paraguayan, presumably. The result of his bravado: a stunning volley that Bernd Leno saw no point in even attempting to keep out.

Two-goal leads are supposed to be dangerous and with Aleksandar Mitrovic on the pitch, eager to prove a point to his former side, Newcastle would not have been able to relax. When Mitrovic limped off four minutes after Almiron’s beauty, the visitors must have felt at ease for the first time all season.

Leno was rather more mobile in stopping Sven Botman’s header just before the break but inevitably, it was a Newcastle player first to the rebound, with Longstaff taking the visitors in to the snuggest section of the comfort zone.

By half-time, all that remained was to see how many Newcastle might score. They added one more, another for Almiron, while two others were chalked off. With a season-high 10 shots on target, it could, maybe should, have been a five or six-goal margin of victory. That it wasn’t will not bother Howe after weeks in which his side have struggled to create chances and those they did they couldn’t take.