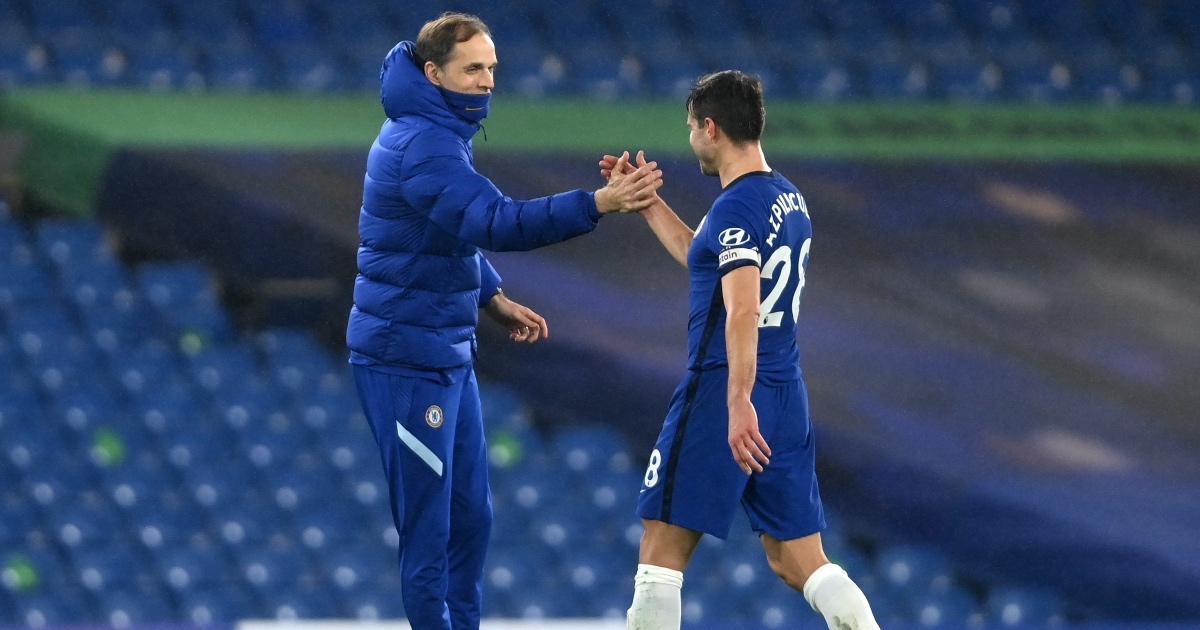 Cesar “Dave” Azpilicueta wasn’t denounced and forgotten like some of his Chelsea teammates under Frank Lampard, but he was certainly on a trajectory that was seeing him become more and more of a peripheral figure. The club captain has played every minute under Thomas Tuchel, leading the Lampard rejects on an eight-game unbeaten run to illustrate just how much life remains in the old dog that looked to be on his way to ‘the farm’.

Tuchel realised that a Chelsea side relying on 36-year-old summer signing and a 22-year-old academy graduate for leadership might benefit from the longest-serving player, who leads by example and with authority, returning to the side.

He may no longer be the best one-on-one defender in the Premier League and can occasionally be made to look past his very best – see chasing Phil Foden’s shadow against Manchester City and Takumi Minamino putting him on his arse – but the fire, aggression and, most importantly, his love for Chelsea football club, remains.

Before Tuchel arrived that passion seemed to be lacking. It would be unfair to suggest it actually was, at a club managed by a club legend, littered with academy graduates. And perhaps it was a sense that came as a result of the fractured nature of the dressing room, with the proven performers struggling to come to terms with multi-million pound stars holding undeserved places, rather than an absence of ardour from those picked to play. But sometimes an obvious desire to win and fight is necessary rather than an assumed passion, and Azpilicueta has that in spades.

If the “first thing” for Tuchel was to reinstate Azpilicueta, the second was to bring the Lampard rejects in from the cold. Having started just seven Premier League games between them this season under Lampard, Antonio Rudiger has started every game under Tuchel, while Marcos Alonso has started all but two. Andreas Christensen too has returned impressively, albeit as an enforced presence due to the injury to Thiago Silva.

Their return, along with the ‘row’-proof added responsibility handed to Callum Hudson-Odoi, means Lampard favourites like Ben Chilwell, Reece James and Kurt Zouma are now in the disappointment danger-zone. And Tuchel’s consistent selection of Mason Mount and Timo Werner in the two inverted ten positions – for which there is huge competition – means the new manager is at risk of upsetting players just like the man he replaced.

The players that came off the bench for Chelsea against Atletico Madrid – James, N’Golo Kante, Christian Pulisic, Kai Havertz and Hakim Ziyech – not only illustrates the ludicrous abundance of talent Tuchel has at his disposal, but also how big a challenge it will be to keep them all happy.

But Pep Guardiola’s remarkable ability to keep his bulging squad content is a trick he’s mastered in time from a position of strength. Tuchel will likely be dipping into his pool of sidelined talent in the coming weeks, subbing one expensive star for another while maintaining the core of the team that has saved Chelsea’s season. A core built around Azpilicueta, Chelsea’s one true leader, who Tuchel wisely recognised as the key to a return to the gritty, determined performances from a club that has thrived on such qualities for the last two decades.