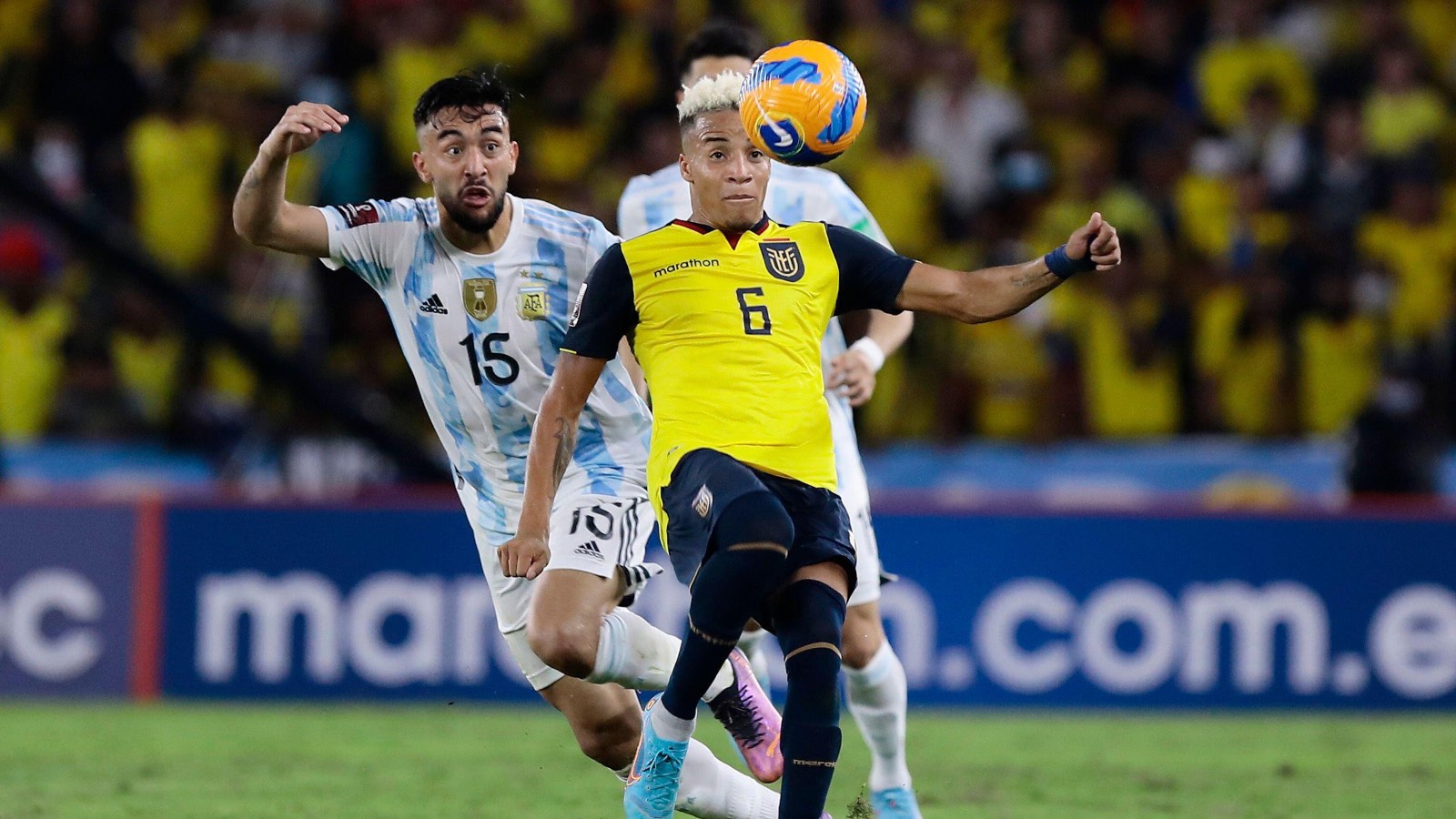 Expelling Ecuador from the World Cup with two months before it starts is undesirable for FIFA, but that doesn’t mean it shouldn’t happen.

In just over two months’ time the 2022 World Cup will kick off in Qatar, but fresh doubt is being sewn over who will even be playing in the tournament’s opening match after fresh allegations were made over the nationality of the Ecuadorian (or, as per the claims that have been made, more likely Colombian) defender Byron Castillo.

Castillo made eight appearances for Ecuador during their qualification period for the tournament and they finished the group stage in fourth place behind Brazil, Argentina and Uruguay. But the claim has been made that Castillo isn’t from Ecuador, that he was actually born just over the border in Colombia, and even more damagingly, that this was common knowledge and has been systematically covered up.

These allegations were thrown out by FIFA in July, but new evidence has now surfaced in the form of an audio interview with Castillo with investigators from 2018 in which he stated that:

This is clearly very damaging for Ecuador. It seems to indicate that not only was Castillo ineligible to play for Ecuador, but also that there was a fairly systematic cover-up by the FEF (the Ecuadorian Football Federation).

The 2018 leaked interview was with an investigator from the FEF who was looking into the controversy surrounding his nationality, and the new leaks also confirm that a copy of this recording was sent to the FEF at the end of 2018 along with a letter outlining what Castillo had said. Despite receiving this information at the end of 2018, the FEF ruled in 2019 that he was eligible to play for them. It’s been alleged that this ruling came about after a doctored birth certificate was provided with false information.

The controversy over this player’s nationality had begun in 2015, when a proposed transfer between two Ecuadorian clubs, Norteamerica and Club Emelec, collapsed due to ‘irregularities’ in his documentation. Norteamerica were later suspended by the FEF over the use of fake documents for the purposes of player registration, and in the interview Castillo identifies Marco Zambrano, the owner of the club at the time, as the provider of these fake documents.

Castillo was first selected to play for the Ecuador under-17 team in 2015 and made an appearance for the under-20 team a year later. But what is surprising is that he didn’t make his debut for the men’s national team until 2021, some six years after the original potential issue emerged and more than two years after the FEF were apparently notified.

There is a certain irony to the fact that the official complaints were led by Chile, since they have been on the receiving end of FIFA punishment over qualification shenanigans before. During a match at the Maracana in September 1989, Chilean goalkeeper Roberto Rojas pretended to be injured by a flare thrown by Brazilian fans. It was later established that Rojas had taken a razor blade onto the pitch and cut himself with it.

The purpose of this extraordinary behaviour was an attempt to nullify the result of the game and either force a third match at a neutral venue or disqualify Brazil from the competition in favour of Chile. The actual result was that Chile were banned from qualification for the 1994 finals and Rojas was banned for life.

None of this means that there is anything untoward about Chile spearheading the protests against Castillo’s involvement in the 2022 qualification matches, but it does remain possible that they might not even benefit themselves from Ecuador getting hoiked out of the competition at short notice. Their argument is that if both of their group matches – which ended in a 0-0 draw in Quito and a 2-0 Ecuador win in Santiago – reverted to 3-0 wins for the opposition, they would qualify for the finals.

Chile finished seventh in the qualification group, with both Peru – who lost their play-0ff match on penalties to Australia – and Colombia having finished between them and Ecuador. It could be said that Peru, who only finished two points below Ecuador and who missed out on a place only as a result of a penalty shoot-out, have a stronger case for a late invitation to this particular party.

Of course, having to throw Ecuador out of the World Cup – especially when they’re due to be playing in its opening match – would be a huge embarrassment for FIFA, and this new evidence seems to strongly back the Chilean argument. We can only speculate as to why it wasn’t presented prior to the previous investigation, the results of which were announced on June 10, and we can also only speculate as to what the reasoning was behind FIFA’s decision-making in June too as well, since this doesn’t appear to have been made public.

In their statement released at the time that they rejected the Chilean claims, FIFA said that:

‘In accordance with the relevant provisions of the FIFA Disciplinary Code, the parties have ten days in which to request a motivated decision, which, if requested, would subsequently be published on legal.fifa.com.’

No such document seems to exist on their website at the present time.

It’s reasonable to ask why this should matter. There was a time when players could and did play for more than one international team. Alfredo di Stefano, for example, played for Argentina, Colombia (albeit unofficially) and Spain. But those days have gone, and in the hyper-commercialised world of international football, arguments over national allegiance are not uncommon. Consider, for example, the recent case of Declan Rice.

And the small matter that this all may have been systematically covered up by the FEF does matter. Player insurance can be rendered invalid by incorrect registration. It’s important that these rules are adhered to. Each federation has a vote within FIFA. If federations wish to relax the rules on who can play for which international team, then they should vote to do so.

But the current rules can hardly be said to be ‘onerous’ to any significant extent. If the evidence is as laid out, it looks like cheating, and cheating which has been hidden. If the authenticity of these documents and this conversation are as they appear, then FIFA has to decide whether it is in favour of cheating. And regardless of the rights or wrongs of this specific case, what else has been covered up?

There is an obvious ‘out’ for FIFA, here. The appeal process allows them to change their minds, and the production of new evidence offers them a cast-iron opportunity to do so. But the fact that their original reasoning doesn’t seem to have been published doesn’t really speak volumes for the ‘transparency’ of an organisation which has been the subject of more than its fair share of scandals.

And FIFA could have acted sooner. After all, issues relating to fake documents were known in Ecuador, and even though the hearing came three days before Peru even played their play-off match against Australia, the qualifiers had started in October 2020. It shouldn’t have taken the intervention of a national federation to get this more closely scrutinised. They could start with explaining how they reached the decision that they did in June, because the least surprising thing about this entire mess of a story is the opacity that hangs over it.