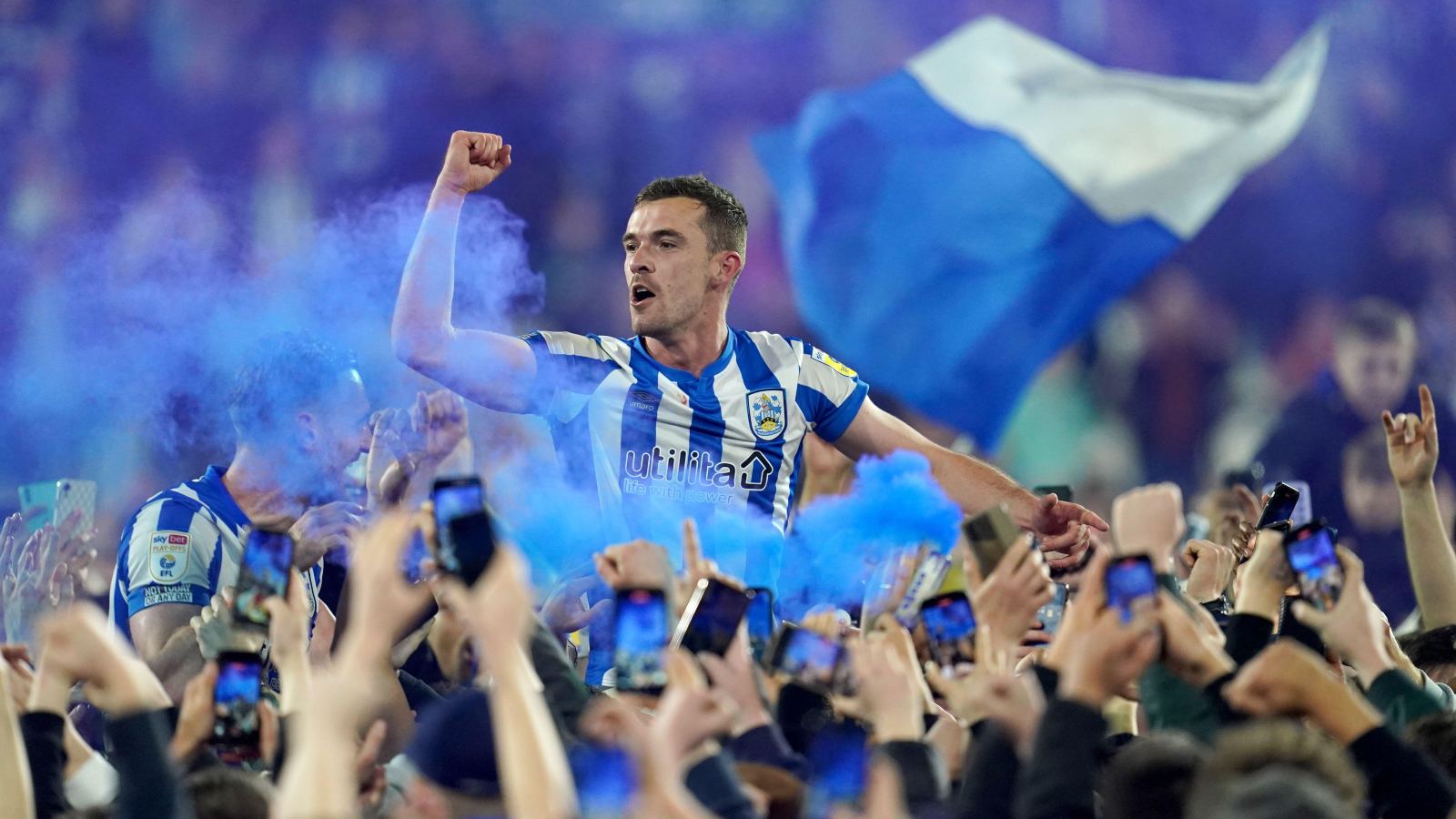 The EFL play-offs have changed very little in more than 30 years, and both historical records and our own preconceptions can be deceptive.

It’s that time of year again, when hearts shoot involuntarily into throats and football can feel as though it’s becoming too agonising to even watch. It’s been 35 years now since play-offs were introduced into the Football League, and it’s fair to say that they’ve been an almost complete success. When they were first introduced for the 1986/87 season, they were considered necessary; crowds had dropped and interest was hitting such a low level that it was starting to become an existential crisis.

They looked different then. Initially the fourth-bottom team in the division above played the three teams below the automatic promotion places, while the final was played over two legs and with a replay if necessary. In 1989, after just two seasons, the fourth-bottom team was spared the ordeal of having to take part in the competition and the final was moved to Wembley the following year, but since then there have been very few changes to the EFL play-offs.

A more radical version is to be found in the National League and its two regional subsidiaries, with six play-off places now available and – with only one automatic promotion place available – four teams playing what is starting to be called an ‘eliminator’ (it might be better described as a ‘preliminary quarter-final’) in order to play against the second and third-placed teams in the semi-finals.

In the EFL, the very fact that so little has changed does give us some degree of insight into a few statistical trends into how teams have performed in the past. One particular trend that has emerged in recent years is the claim that coming close to winning automatic promotion can have a damaging effect on play-off chances.

It’s superficially an understandable idea, that a team has been straining for a place in a higher division could be psychologically damaged by the narrowly missing out and then having to play a further three matches in order to get themselves up. Hopes and expectations suddenly have to be recalibrated, and everybody needs to shake off that air of disappointment pretty quickly.

But there’s one problem with that theory: it’s a bit of a myth. Over the 34 years that the Football League/EFL have played play-offs, across all three divisions of the EFL the highest-placed team has gone on to win promotion 36.4% of the time, with the next place down (fourth in the Championship and League One, and fifth in League Two) going up 20.8% of the time, 19.8% going up from fifth (or sixth) place and 22.9% going up from sixth (or seventh) place).

In other words, across the three divisions of the EFL over the last 34 seasons, you’re more likely to get promotion through the play-offs if you finish just below the automatic promotion places than you are from any of the other three places, but it’s not more likely than not that you will win them overall. And if you finish lower, your chances aren’t really affected by your final league position.

Even what looks like the biggest anomaly in those figures, that teams in bottom play-off spot have a better record than those in the two places above them, might be explainable by the possibility that clubs that get into that place might have needed to be in better form to get there in the first place than those above them, by finances being more evenly distributed, or by mere statistical variation alone.

But what is notable is that the trend of third (or fourth) placed teams being more successful could be slowing, and that this seems to become more accentuated the further down the divisions you go. Over the last six years, for example, two of the Championship and League One play-offs have been won by the team that finished in the top play-off place. But in League Two, none of those who finished in fourth place did, but three of those who finished in seventh place did. Because the sample size is pretty small these numbers aren’t ideal for statistical analysis, but in 2016 the number of clubs who’d been promoted in the top play-off place was 39.5%, compared to the 36.4% of today.

Based on current trends, fourth place is where you want to be finishing in the Championship, if you want to be successful in its play-offs. Three of the last six Championship play-off places have been won by the team that finished in that position, and all this bodes well for Nottingham Forest, despite any disappointment that they may have felt over missing out on an automatic promotion place to Bournemouth and then also finishing below Huddersfield, in the league table, come the end of their 46-match season.

There can be no denying that clubs have very different experiences of the play-offs, and one of the worst-performing teams in the entire history of them is present and correct this year. This year is the seventh time that Sunderland have taken part, and they’ve missed out every single time previously bar one, and even that came following a defeat, when they were promoted ahead of Swindon Town in 1990 despite losing the final to them on account of Swindon’s financial irregularities.

Sunderland might have spotted that they’d find the play-offs especially painful in their first year of being involved in them. In 1987, having finished fourth from bottom in the Second Division, they lost 3-2 at Gillingham in the first leg of their semi-final and were eliminated on away goals after winning the second leg 4-3 at Roker Park.

That defeat relegated them, and since then they’ve also missed out on promotion twice on penalty kicks, including a 1998 loss to Charlton in arguably one of the greatest matches in Wembley’s history. Furthermore, red-and-white stripes hardly have a great record in a more general sense. Fellow red and white-striped clubs Brentford, Exeter City, Lincoln City, Sheffield United and Sunderland have run up 36 appearances between them and only won one final.

This, of course, is all circumstantial. It doesn’t – or shouldn’t – matter in the slightest whether Sunderland lost on penalties to Charlton in 1998, apart from arguably to fans. It’s different in theory to the third-place myth, that the influence of the past can echo through a period of years rather than immediate concerns about tiredness or the players’ headspace, but while it seems plausible that a subtly downbeat attitude upon reaching the playoffs could make some sort of difference in a game won and lost by razor-thin margins, the extent to which this can happen seems likely unprovable.

But having said that, everybody knows that feeling that comes when a crowd feels panicky because they start to sense that a game is slipping away, when the voices become higher-pitched and more urgent, when the fear sets in. Those most likely to succeed in the play-offs will be those who can focus on their jobs alone, who can put the distraction and background noise to one side until the final whistle blows at the end of the final. Anything that distracts from that could have an adverse influence.

Of the four clubs involved in each division, only one can win, something which should be remembered when the hyping of races for sixth reaches fever pitch in the closing weeks of the season. And the arrival of these matches brings about a crescendo of noise which culminates in the Championship play-off final. In 2020, auditors and financial advisors Deloitte suggested that victory in this match could see an increase in revenue of between £135m and £265m, depending on whether a club stayed up the following season. To call it The ‘£Xm’ match has become a media trope in recent years, with numbers being thrown beforehand that can have little relation to reality, but there’s no escaping the importance of this particular match.

But really, there’s no denying the importance of the EFL play-offs for all involved even though, for 75% of them, the season will end in extreme disappointment. That is one thing that the history books can confirm for sure. But that never seems to matter; the rewards of promotion are such that everyone will jump in regardless. After almost three-and-a-half decades after their introduction, their capacity to captivate and frustrate remains undiminished.