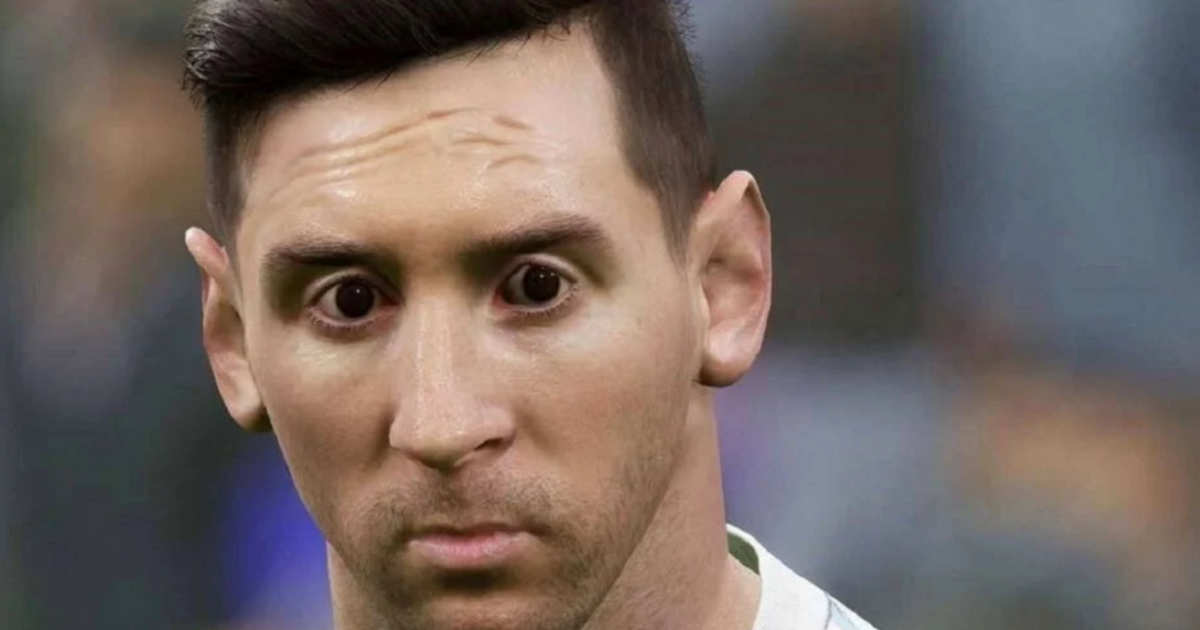 Efootball 2022 is the successor game to the Pro Evolution Soccer series, but it’s had a disastrous launch from which it may not recover.

For the last 20 years, one of football’s fiercest rivalries has been played out a long way from any actual football pitch. EA Sports’ series of FIFA games and Konami’s Pro Evolution Soccer (PES) saw off the rest of the opposition and settled into an annual battle which provoked as much heated debate as any feud between two clubs. FIFA had the official club licences but was heavy on the micro-transactions. PES was the plucky underdog, with teams and players given assumed monikers, but with its acolytes arguing that it provided a ‘truer’ football experience. Now that fight has shifted and the underdog may have been irretrievably vanquished, but the big surprise is that the wounds have been entirely self-inflicted.

In the summer, Konami announced that the PES series was coming to an end, to be replaced by a new series called ‘Efootball’. The big difference was that Efootball would be ‘free-to-play’, meaning that the basic game could be downloaded and played in a limited form, with the rest unlockable in exchange for money. It’s a route that many publishers have gone down in recent years, with hugely successful titles like Rocket League and Pinball Arcade following this path, but for PES it was to disturb a finely tuned equilibrium. Could they make it work?

When the game was first released at the start of October, the answer didn’t take very long to reveal itself. It was about the most resounding ‘no’ that you could imagine. Efootball 2022 was released in a frankly broken state and the reviews were scathing. Metro called it, ‘A shameful launch of a barely playable, graphically embarrassing game that shames the memory of PES and may have killed the new franchise before it’s even begun’. Games Radar said that ‘this glorified demo patently wasn’t fit to be released’. So how broken, exactly, was it? Here’s a list of some of its shortcomings:

And that’s just the game-play. Graphically, the release was an absolute disaster, to the point that screenshots started to go viral on social media.

‘Try not to laugh’ videos featuring the game started to appear on YouTube. The crowd graphics weren’t any better.

Say what you will about #eFootball2022 , it’s darn nice of Konami to give all these PS1 NPC’s a gig! pic.twitter.com/6T7DrHVx2Q

It was the worst launch that any football game has suffered since 1986, when the first officially licenced World Cup game, World Cup Carnival, was botched, resulting in the software house having to buy in a two-year-old game and rebrand that instead.

Releasing broken games has become a bane of the gaming world since it became possible for developers to provide patches after release, but Konami seemed to have taken it to a whole new level this time. With the release of the game itself came, of course, an accompanying downloadable content (DLC) pack at a cost of £31, but half of the content promised related to features that would not be available until November.

Worse still, when the end of October came around, it was confirmed that the November updates would not now be available until the following spring. Apologies were issued and refunds were offered to those who’d spent money on something they wouldn’t be able to use. Rather than adding new features to the game, this update would now fix what was already broken within it.

But how does Efootball 2022 play now? Well, reader, I downloaded it and gave it a go, and the answer is… not great. Most of the worst abominations of the first release of the game have been smoothed over to some extent, but there’s still so much wrong with it that it’s difficult to know where to start. The graphics are still bad. The pitch looks like a hedge from some angles and completely smooth from others. The goal nets look like the sort of material that you’d half expect to find wrapped round an unfortunate swan’s neck, and a cutaway after the game in which a player is interviewed shows them always wearing an identical suit.

It doesn’t sound much more polished either. Peter Drury and Jim Beglin are on commentary duty, but their voices are ham-fistedly included, and it sounds very much as though some of the players’ names weren’t recorded by Drury himself. It doesn’t sound much better than the famously terrible commentary from International Superstar Soccer, one of the progenitors of PES, and that game was released almost a quarter of a century ago.

And the game-play is no better. When jogging, players screech to an immediate stop as soon as you lift your finger from the directional button, but when sprinting they sail past for several seconds before coming to a halt. And the artificial intelligence (AI) is a disaster. At one stage in a match, my goalkeeper rolled the ball out to one of the central defenders on the edge of the penalty area with about ten minutes to play. As an experiment, I left him standing with the ball, and there he stayed, right the way through stoppage-time to the final whistle, free from any challenge from opposing players. AI players go on meandering runs with the ball to nowhere and for no particular reason, while defenders under no pressure whatsoever thump the ball towards row Z, as though they haven’t been programmed to do anything more imaginative.

Konami have a lengthy history of making atrocious decisions, so perhaps it’s not surprising that they should have taken a series of wrong turns that has trashed this franchise. EA, the producers of the FIFA series, have come in for considerable criticism for their pivot towards micro-transactions in recent years, but even they have never self-sabotaged to this extent. And there is something slightly sad about PES being reduced to Efootball 2022. It was a series that was beloved among those who played it, but it’s difficult to see how it can recover from this launch.

In football most rivalries are perpetual, but the battle between FIFA and PES might just have run its course. If that does turn out to be the case, it will have been decided by an own goal.